Louis C.K. received a standing ovation when he made a surprise appearance at the SkankFest Comedy Mayhem Festival Sunday in Brooklyn and reportedly joked about his sexual misconduct trouble.

The 51-year-old disgraced comedian took the stage and the crowd went wild, jumping to their feet and screaming, in a video posted Monday on TMZ. (RELATED: This New Louis C.K. Movie Has Harvey Weinstein Written All Over It) 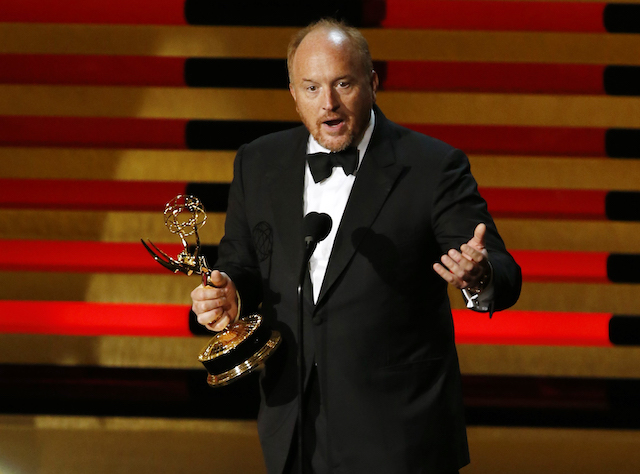 At one point, the audience members started chanting his name “Louis, Louis.”

It comes after the comedian has made several attempts to make a comeback and return to stand-up after admitting that he exposed himself to several women and masturbated either in front of them or over the phone after being accused of such conduct in 2017.

“I have been remorseful of my actions. And I’ve tried to learn from them. And run from them,” C.K.’s statement read at the time. “Now I’m aware of the extent of the impact of my actions. I learned yesterday the extent to which I left these women who admired me feeling badly about themselves and cautious around other men who would never have put them in that position.”

1
‘You’re Going To Kill Me Man’: Body Cam Transcripts Show George Floyd Told Officers He Couldn't Breathe 20 Times
US
2
JONES: I Am Black And I Am A Democrat. But 'I Ain't' Voting For Joe Biden This November
Opinion
3
Man Steals Car, Drives, Crashes Into Another Stolen Car
US
4
PATEL: Is America Good?
Opinion
5
Here's What Johnny Depp's Lunch Allegedly Looked Like, According To Photos From Amber Heard
Entertainment