Seven students filed a lawsuit against the Department of Education (ED) and Education Secretary Betsy DeVos over their failure to assess student loan forgiveness applications.

Those seven are part of a larger group of 150,000 students who attended for-profit colleges and have been waiting “years” — since as early as April 2015 — to hear back about pending loan forgiveness applications, Market Watch reported. (RELATED: DeVos Ordered To Stop Collecting Student Loans From Defrauded Students)

The plaintiffs, who are being represented by Harvard Law School’s Project on Predatory Student Lending and Housing & Economic Rights Advocates, say the ED and Devos have failed to implement an Obama-era law known as “borrower defense” and are illegally stalling the outcomes of least 158,000 borrower defense claims. 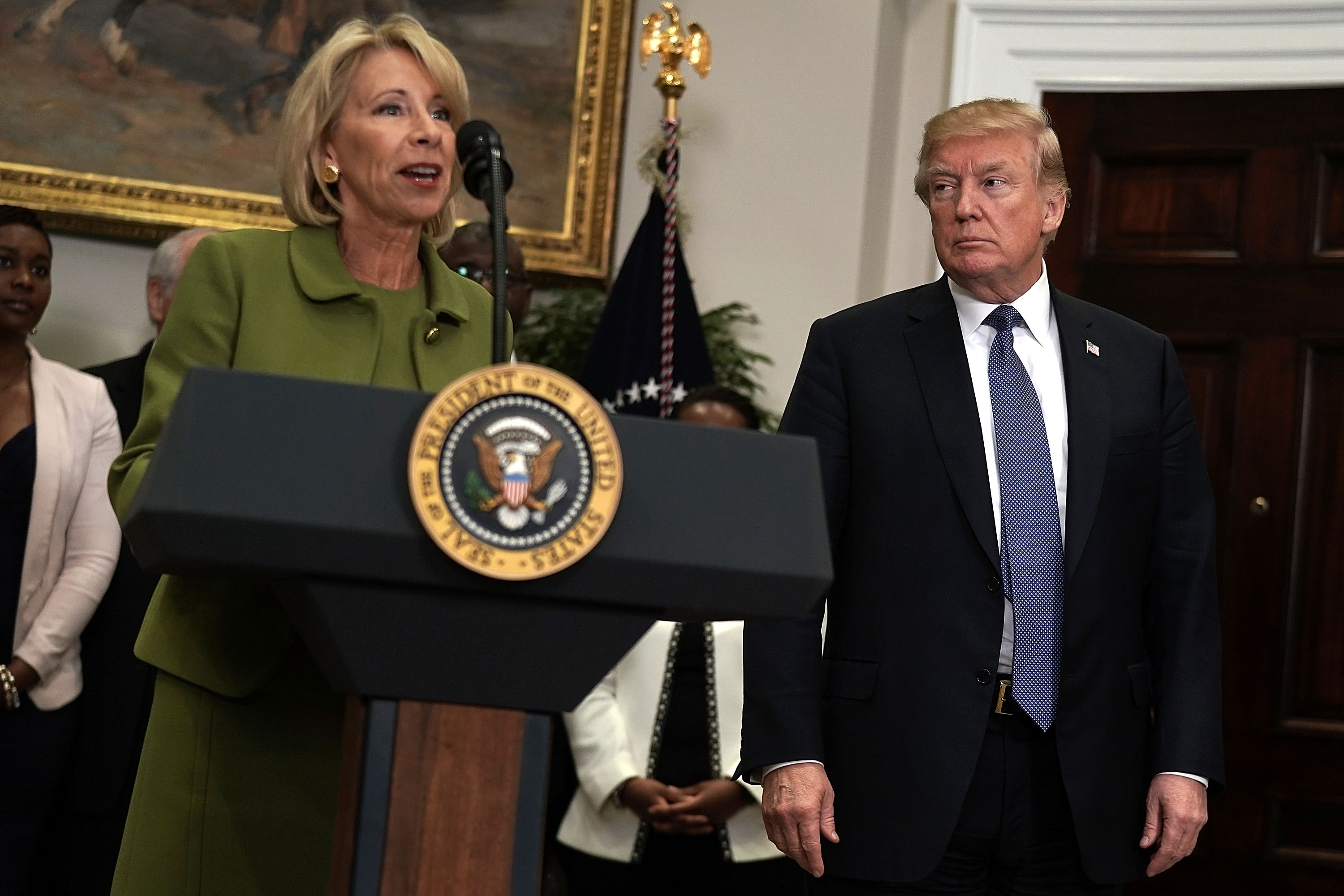 Borrower defense allows students who take out federal loans to cancel their debt if they feel their for-profit schools defrauded them.

“The law is really clear, but the Department of Education has ignored their claims,” Eileen Connor, legal director at Harvard’s Project on Predatory Student Lending, said in a statement to Market Watch. “Department officials have not offered a timetable for reviewing these applications. It’s becoming very clear that they’re not treating them in good faith.”

“Each [plaintiff] expresses some form of the idea that they’ve already been harmed by these for-profit colleges who never should have been allowed to participate in federal student loan programs in the first place,” Connor added. “The fact that they are being ignored by the Department of Education really just tells them that their government isn’t here for them.”

DeVos used the Borrower Defense to Repayment law to cancel student loan debt for 15,000 students defrauded by schools that shut down prior to graduation in December 2018. (RELATED: Education Department Wiping Clean $150 Million In Students Loans After Obama-Era Rule)

The education secretary also reversed an Obama-era policy in 2018 to offer full student loan forgiveness and issued a new policy that would allow qualified students partial loan forgiveness based on graduates’ employment status in an effort to cut federal spending.

Now, the ED is struggling to assess pending forgiveness applications after being sued for their partial loan forgiveness plan because plaintiffs argue that it violates the Privacy Act.

“Until we have clear direction from the court or a different methodology that we think doesn’t run the same challenges — yes, we are in a holding pattern for students that are probably eligible for partial relief,” Diane Auer Jones, ED principal deputy undersecretary, said in April at a Bipartisan Policy Center event.

“I’m glad students cheated by shady for-profit colleges are fighting back against @BetsyDeVosED in court,” the Massachusetts senator wrote on Twitter. “If she doesn’t care about helping defrauded students, then let’s hope a federal judge will make her care.”

I’m glad students cheated by shady for-profit colleges are fighting back against @BetsyDeVosED in court. If she doesn’t care about helping defrauded students, then let’s hope a federal judge will make her care. https://t.co/nJp0mwbw4S

Betsy DeVos and Donald Trump want to make it harder for young people to attend college and reward predatory lenders that keep students trapped in debt.

We have a better idea: make public colleges and universities tuition-free and cancel all student debt.#CancelStudentDebt

DeVos and the ED also unsuccessfully attempted to require students asking for loan forgiveness to provide proof that they had either “fallen into hopeless financial straits” or that “their colleges knowingly deceived them,” The New York Times reported in July 2018.

The department would have been required to study the personal information of those students seeking forgiveness that could have impacted their post-graduation job performance under DeVos’ “partial loan forgiveness,” including drug tests, overall health and performance evaluations, but the proposal ultimately fell through.