NBC and MSNBC hosts Savannah Guthrie, Lester Holt, Chuck Todd, Rachel Maddow and José Diaz-Balart failed to ask any of the 20 candidates on the stage Wednesday and Thursday night about the national debt.

The moderators covered a range of topics — other than the national debt — including climate change, immigration and working with Senate Majority Leader Mitch McConnell.

The lack of focus on the national debt from debate moderators comes even as deficits continue to grow, with Social Security and Medicare driving spending more than anything else. 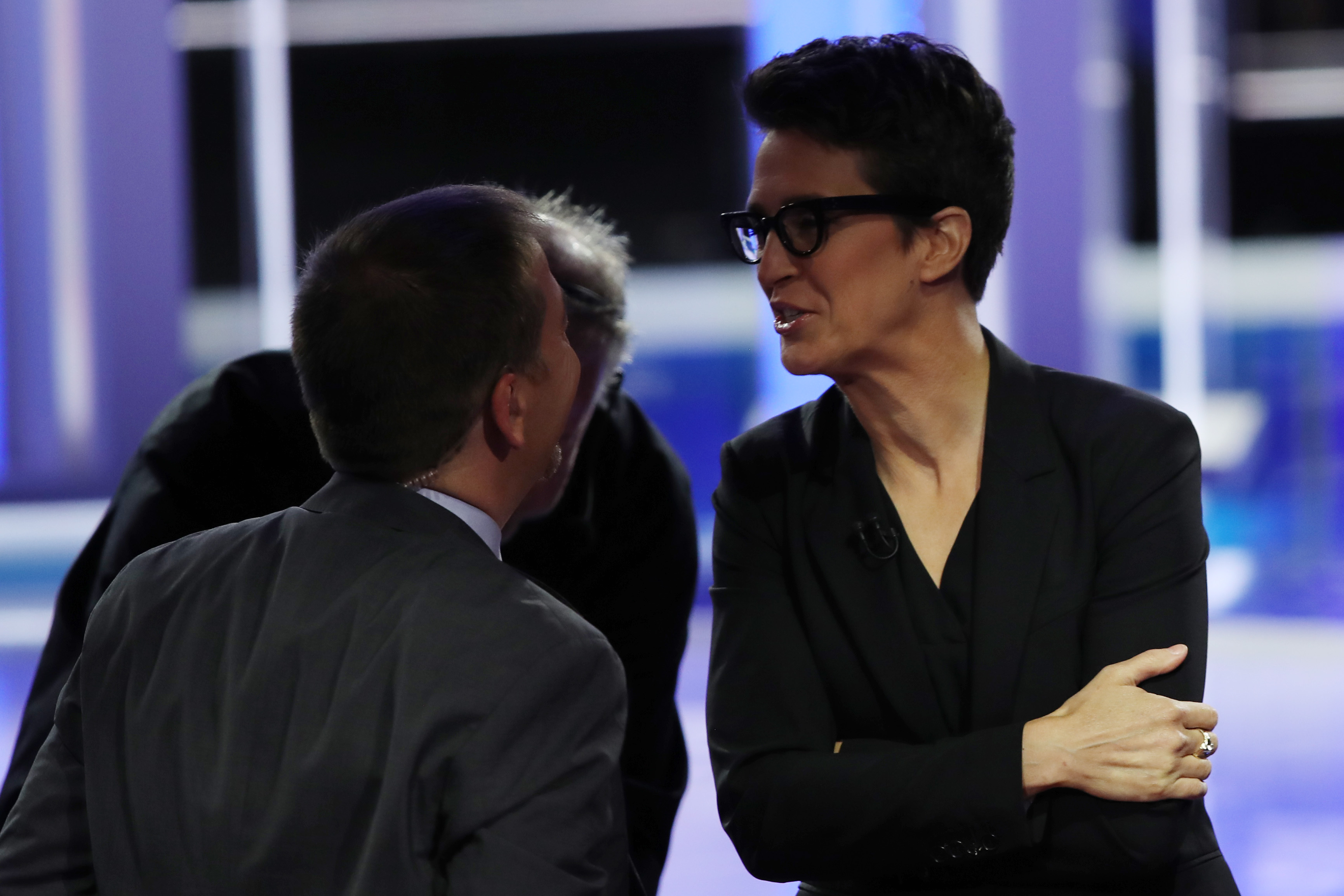 Chuck Todd of NBC News and Rachel Maddow of MSNBC react to technical difficulties during the first night of the Democratic presidential debate on June 26, 2019 in Miami, Florida. (Joe Raedle/Getty Images)

“By the end of this year, federal debt held by the public is projected to equal 78 percent of gross domestic product (GDP) — its highest level since shortly after World War II. If current laws generally remained unchanged, growing budget deficits would boost federal debt drastically over the next 30 years,” the Congressional Budget Office (CBO) projected in a report released Tuesday.

“Debt would reach 92 percent of GDP by the end of the next decade and 144 percent by 2049. That level of debt would be the highest in the nation’s history by far, and it would be on track to increase even more,” the CBO report warns. (RELATED: 9 Radical Policies 2020 Democrats Are Putting On The Table)

“After 2029, mandatory spending continues to increase faster than economic output, reaching 16.6 percent of GDP in 2039 and 17.5 percent in 2049, whereas discretionary spending increases only slightly, to 5.1 percent in 2049. Revenues also rise, although not as quickly as spending,” the report adds.

NBC and MSNBC struggled with audio and video throughout the first night of the debate. Debate moderator Chuck Todd at one point had to cut to a commercial break so the networks could get the microphones to work.