President Donald Trump repeatedly warned during his 2016 campaign that America’s expanding national debt posed a threat to the country and promised to slash deficits if he was elected.

But the national debt has only continued to grow under the Trump administration.

The federal government ran a deficit of $739 billion in the first eight months of Fiscal Year 2019 (October 2018-May 2019), according to figures released by the U.S. Treasury Department on Wednesday.

The deficit over those eight months is almost equal to the $779 billion deficit for the entire 2018 fiscal year, Treasury reports show. The deficit for the month of May alone was $208 billion — 42 percent higher than the May 2018 deficit.

Social Security and Medicare continue to be the biggest drivers of the deficit. The two combined account for 38 percent of all spending so far this fiscal year, Treasury figures show. 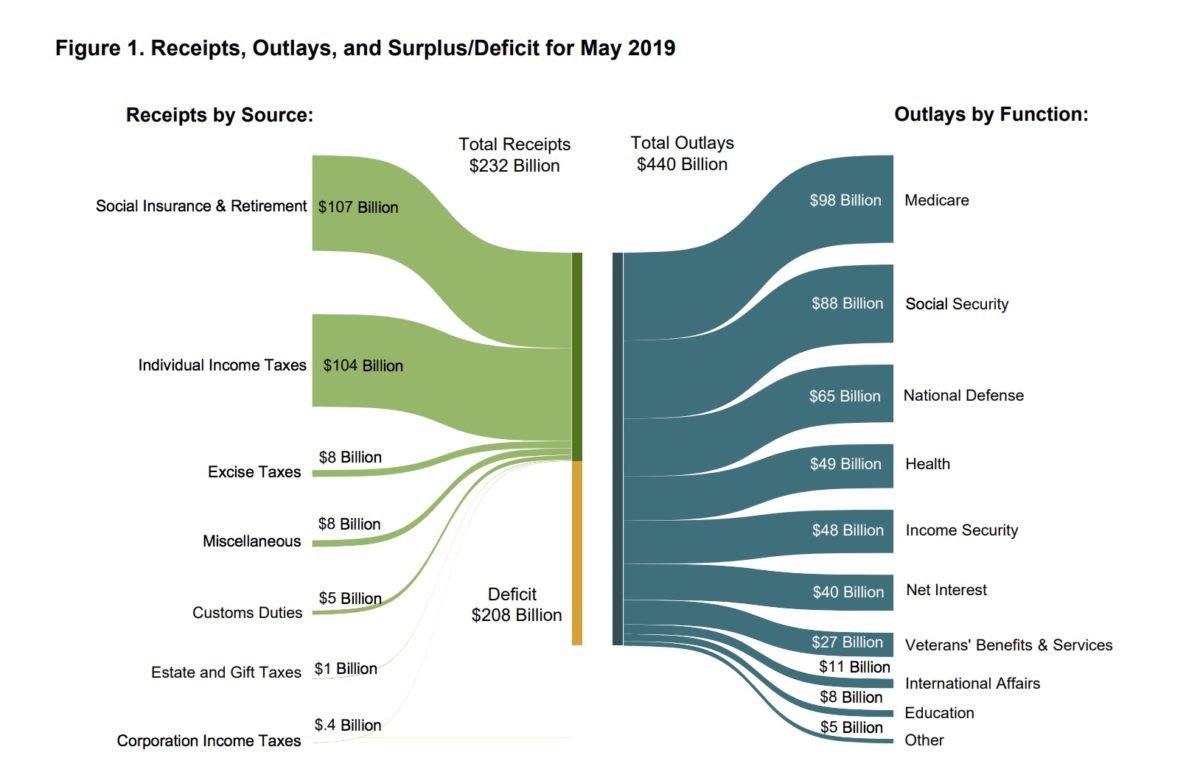 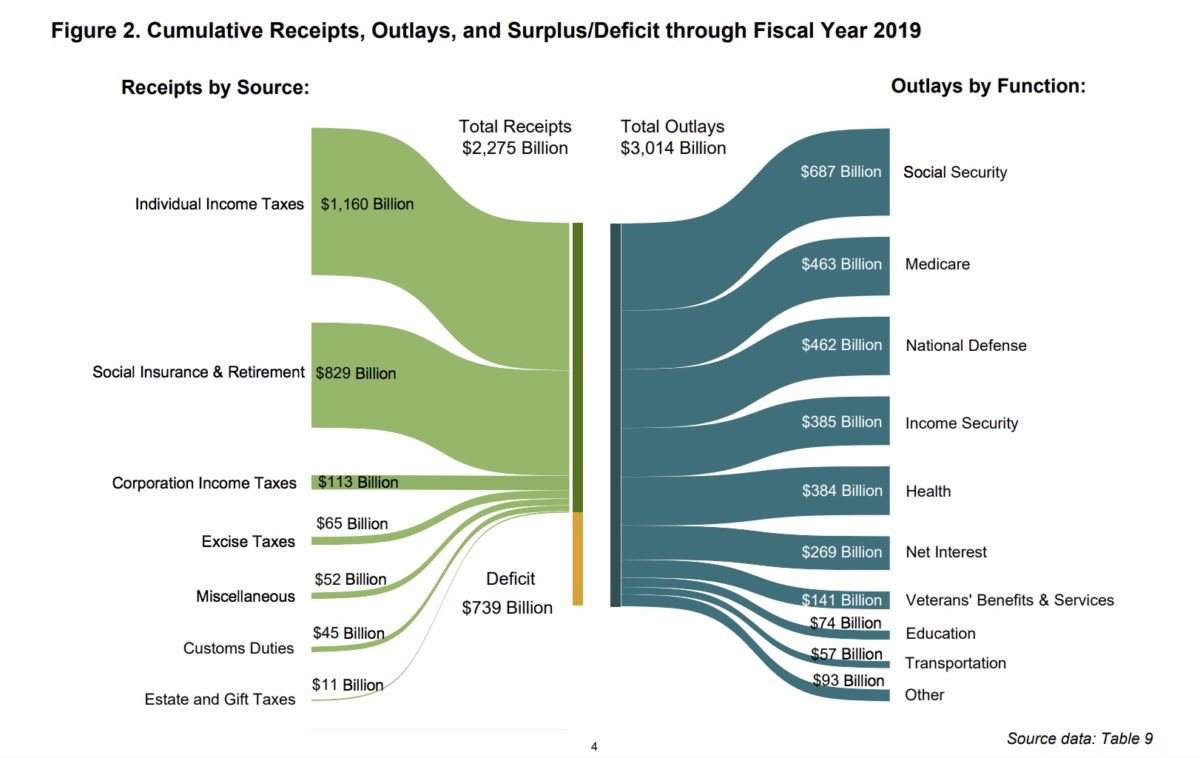 The total national debt stood at $19.9 trillion when Trump took office — just under $9 trillion of accumulated during the Obama administration. The debt currently sits above $22 trillion, and deficits are only expected to grow.

The yearly deficit will exceed “$1 trillion each year beginning in 2022,” according to the CBO’s most recent projections.

As a presidential candidate, Trump often warned about the threat posed by the national debt and promised to lower it.

I am “the king of debt.”That has been great for me as a businessman, but is bad for the country. I made a fortune off of debt, will fix U.S.

“@FoxNews: @realDonaldTrump: “When you have $18-$19 trillion in debt, they need someone like me to straighten it out” pic.twitter.com/hTUJ35ja0Q

“We’ve got to get rid of the $19 trillion in debt,” Trump warned in an April 2016 interview with The Washington Post, again describing the debt as a “bubble” ready to burst.

He said he could eliminate the entire national debt in just eight years.