There’s one clear policy takeaway from the second Democratic debate in Miami on Thursday night — the Democratic candidates are pushing for de facto open borders.

In a stunning moment, every single candidate on stage, including the leaders of the pack — former Vice President Joe Biden and Independent Sen. Bernie Sanders — raised their hands to signal their support for government-run health care that covers illegal immigrants. The move was particularly notable for Biden, since former President Barack Obama made a point of assuring voters his healthcare plan would not cover illegal immigrants.

“You cannot let people who are sick, no matter where they come from, no matter what their status, go uncovered,” Biden said, when asked to explain the change in policy. “You can’t do that. It’s just going to be taken care of, period. You have to. It’s the humane thing to do.” 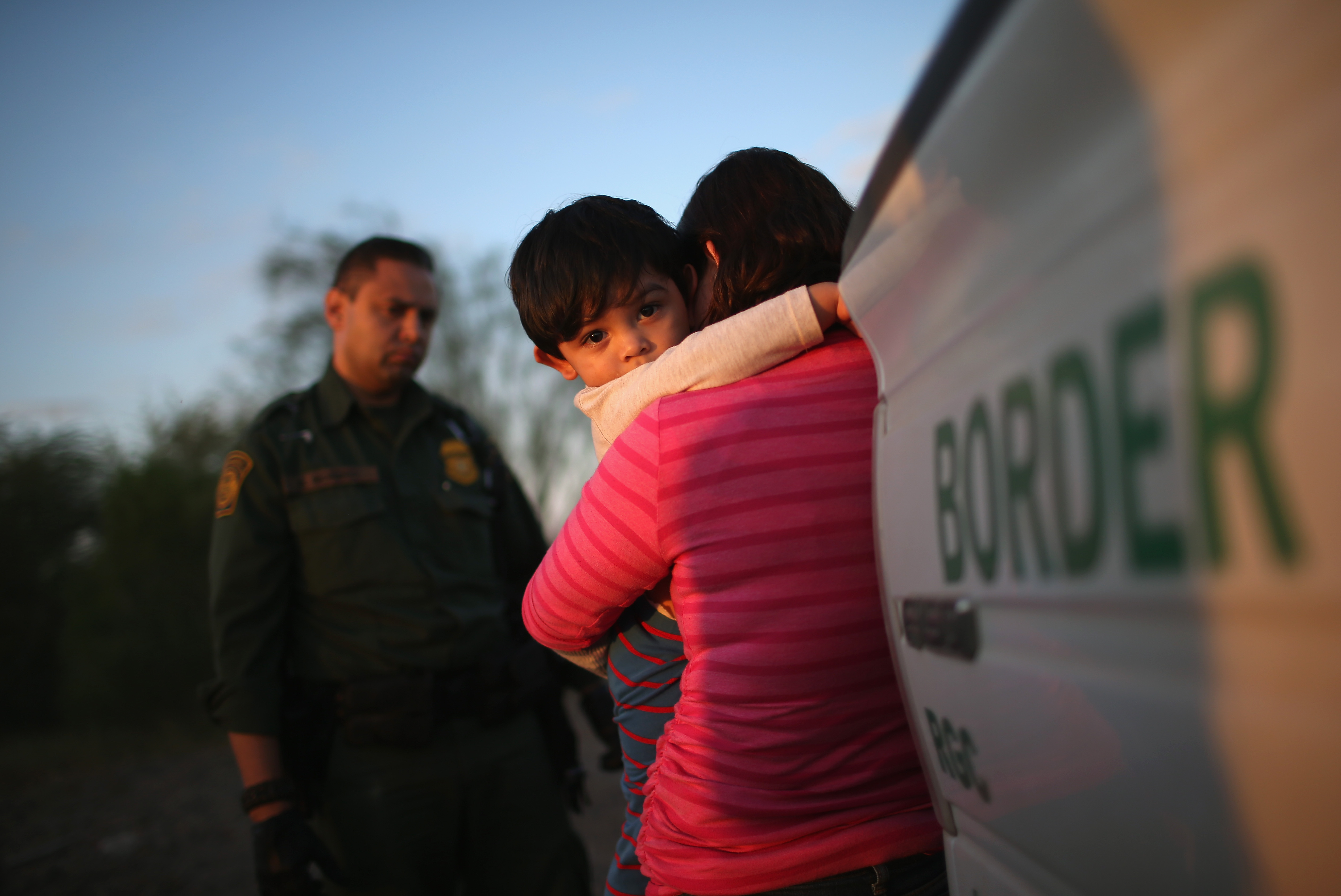 A one-year-old from El Salvador clings to his mother after she turned themselves in to Border Patrol agents on December 7, 2015 near Rio Grande City, Texas. (Photo by John Moore/Getty Images)

South Bend, Ind., Mayor Pete Buttigieg expressed similar reasoning, then pivoted to saying that the illegal immigrants already in the country should have a pathway to citizenship — a policy no one on stage opposed. (RELATED: Julian Castro Wows In First Debate, As Democrats Fight To Out Liberal Each Other)

Later in the debate, all but one of the candidates again raised their hands, this time to signal they would decriminalize border crossings. Only Colorado Sen. Michael Bennet, who is polling at less than 1 percent, objected to the plan.

The candidates’ enthusiastic response contrasted sharply with the vibe Wednesday night, when former Housing and Urban Development Secretary Julian Castro asked everyone on stage to back his decriminalization proposal (Sen. Elizabeth Warren joined him in pushing it this month). The other candidates seemed reluctant to do so, and Castro chided former Texas Rep. Beto O’Rourke for expressing hesitations about the plan making it difficult for border agents to prosecute criminals.

“If you did your homework on this issue, you would know that we should repeal this section,” Castro told O’Rourke.

California Sen. Kamala Harris said her first priority as president would be to protect the illegal immigrants already in the country from deportation, make it easier for those applying for asylum to get in, and stop the separation of children from their parents mandated by current border law.

“We cannot forget our DACA recipients, and so I’m going to start there,” Harris said. “I will immediately, by executive action, reinstate DACA status and DACA protection to those young people. I will further extend protection for deferral of deportation for their parents and for veterans, who we have so many who are undocumented and have served our country and fought for our democracy.” 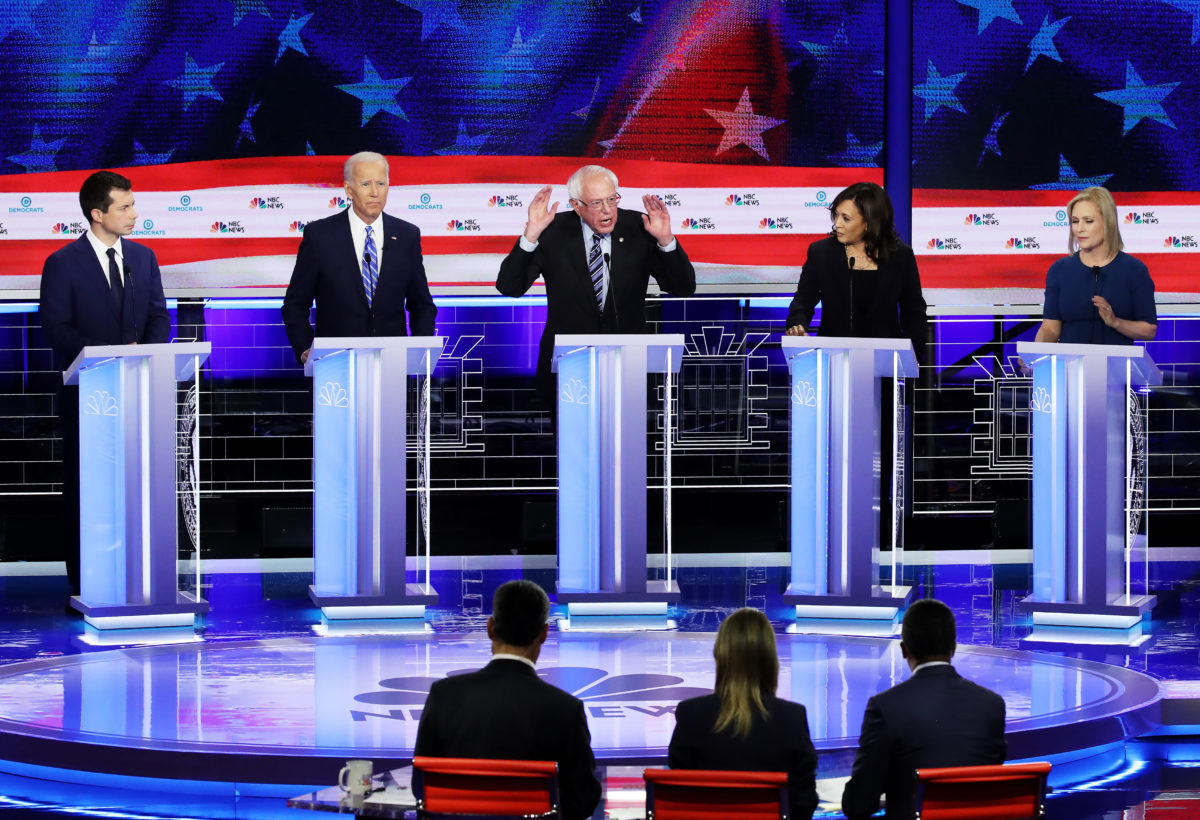 “I will also immediately put in place a meaningful process for reviewing the cases for asylum,” she continued. “I will release children from cages. I will get rid of the private detention centers.”

All of the candidates who spoke to the issue of child separation at the border condemned the Trump administration’s handling of the situation, although Biden was given a pass on the fact that the Obama administration carried out similar policies. (RELATED: Biden Gets A Pass On Son Hunter’s Ties To China, Ukraine)

The NBC debate moderator did confront Biden about Obama’s high deportation rate, saying the Obama-Biden administration deported more than 3 million immigrants. Biden responded by reiterating that immigrants should not be deported if their only crime is crossing the border, and called attacks on Obama’s handling of the border “immoral.”

“If they committed a major crime, they should be deported,” he said. “And the president was left in a — President Obama I think did a heck of a job. To compare him to what this guy [Trump] is doing is absolutely, I find immoral.”

Self-help guru and best-selling author Marianne Williamson’s earlier comment on health care summed up the apparent mood from Democrats on unfettered immigration policies — “I agree with almost everything here.” (RELATED: Booker Cites Football Career, Documentary On His Fighting Skills As Evidence He Can Beat Trump)

Harris also reiterated her support for another immigration proposal supported by the Democrat Party — sanctuary cities. Immigrants should not have to fear deportation if they report a crime to local police, she said.

“I want a rape victim to be able to run in the middle of — to run in the middle of the street and wave down a police officer and report the crime against her,” Harris said. “I want anybody who has been the victim of any real crime to be able to do that, and not be afraid that if they do that, they will be deported, because the abuser will tell them it is they who is the criminal.”

Under the policies outlined by Harris and others on the debate stage Thursday night, immigrants could cross the border without fear of major legal repercussions, live and work in American cities without fear of deportation, and receive free health care coverage. Those who are already in the country illegally would be allowed to become citizens. The southern border would cease to exist as a meaningful divide.