The Department of Homeland Security (DHS) expects apprehensions of illegal aliens to decline by 25% along the U.S. southern border in June and directly credited President Donald Trump’s immigration deal with Mexico for the change.

“It’s become clear that over the past three weeks, since the administration reached a new agreement with Mexico, that we’ve seen a substantial increase in the number of interdictions on the Mexican southern border, and a sincere effort to address the transportation networks coming through Mexico,” DHS Secretary Kevin McAleenan said to reporters Friday.

“In terms of when we’re going to know if these efforts in Mexico are making an impact, I think these three weeks have demonstrated that they are already. That 25% decrease in June is more than we’ve seen in past years. We are not really tracking a seasonal pattern anymore,” he stated, explaining the decline is not completely attributable to the change in season.

The DHS chief’s announcement follows a deal between the Trump administration and Mexico City reached on June 7.

In return for the U.S. not slapping a 5% tariff on all its goods, Mexico agreed to dramatically ramp up its own border enforcement. Its government is holding a higher number of U.S. asylum seekers from Central America, deploying 15,000 soldiers and National Guardsmen to its U.S. border. Thousands of National Guard troops have also been deployed to its southern border with Guatemala.

“This is the first time we’ve heard anything like this kind of number of law enforcement being deployed in Mexico to address migration — not just at their southern border, but also on the transportation routes to the northern border and in coordinated patrols in key areas along our southwest border,” McAleenan said shortly after the deal was reached. 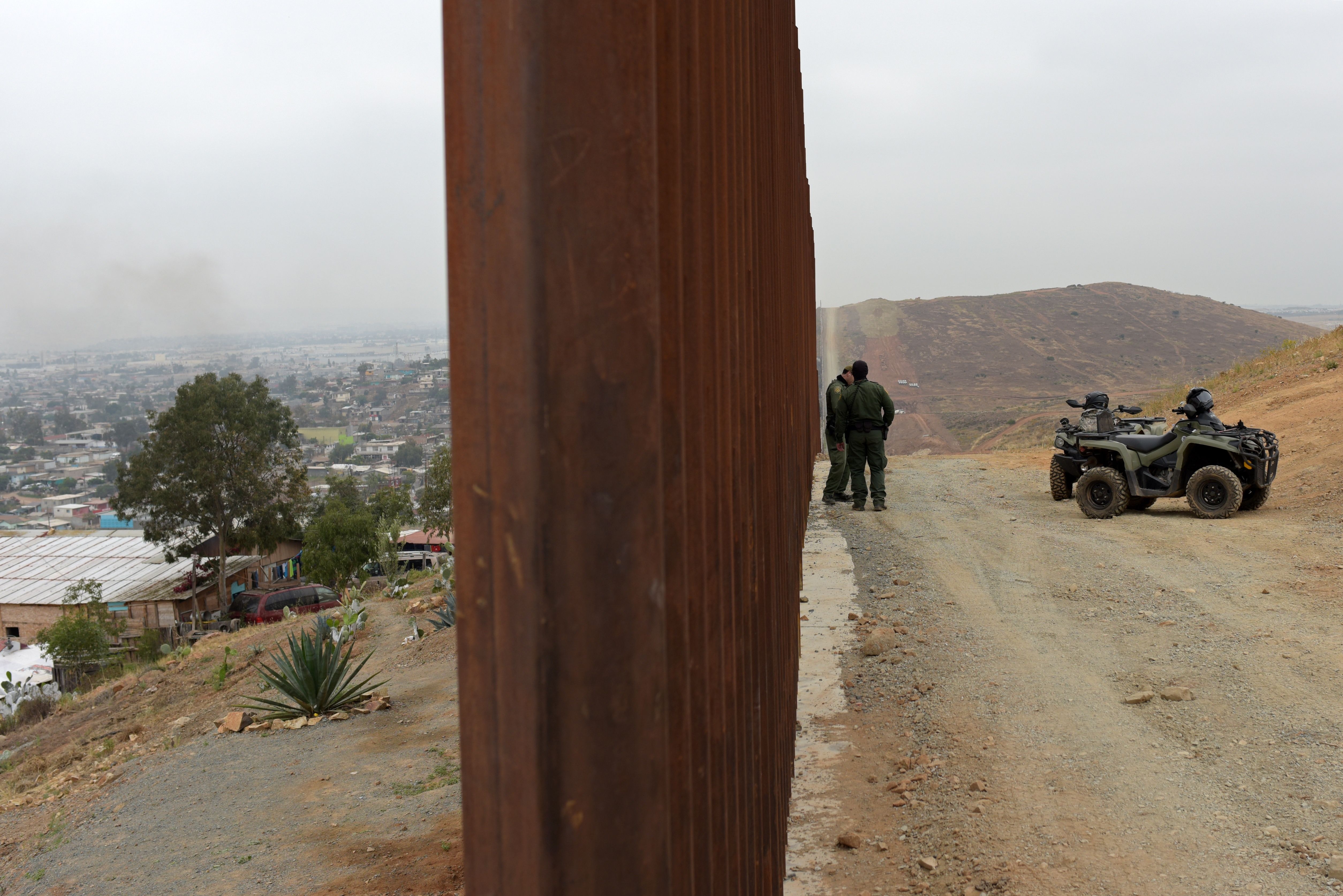 Border Patrol agents stand on the US side of the US-Mexico border fence as seen from Tijuana, in Baja California state, Mexico, on June 18, 2019. (Photo: AGUSTIN PAULLIER/AFP/Getty Images)

Customs and Border Protection, an agency within DHS, keeps track of monthly apprehensions and inadmissibles, releasing the numbers at the beginning of every month. (RELATED: Pelosi To Cave On Border Funding Battle, Will Allow Senate Bill On The Floor)

If June’s apprehension numbers are, in fact, lower than the previous month, it would be the first decline since January. Border apprehensions and inadmissibles topped 100,000 in May, April and March. Border Patrol arrested or turned away over 144,000 illegal immigrants in May, the biggest numbers seen by Border Patrol in over a decade.

During the Friday press conference, McAleenan also thanked Congress for passing the $4.6 billion supplemental funding bill that provides emergency money to the border. The funds, once Trump signs the bill, will be used to provide relief to overcrowded migrant detention facilities and other border enforcement resources.