A federal grand jury indicted two people from Mesa, Arizona, in June for possession and distribution after authorities discovered approximately a kilogram of fentanyl and 2,100 fentanyl-containing pills.

Authorities apprehended Reyna Trejo, 30, and Felipe Penuelas-Rodriguez, 50, on June 6. The grand jury indicted the pair in a U.S. district court in Toledo, Ohio, on one count of conspiracy to possess with intent to distribute fentanyl and one count of possession with intent to distribute fentanyl, according to a Sunday Department of Justice press release.

“The drugs seized are enough to kill thousands of people,” U.S. Attorney Justin Herdman said in a statement. “The fentanyl pills stamped to look like prescription painkillers are another reminder that there are no safe drugs available on the street.”

Penuelas-Rodriguez is an illegal alien according to court documents, reported the Toledo Blade.

Toledo police and the Department of Homeland Security investigated the case.

Both Trejo and Penuelas-Rodriguez pleaded not guilty last week. 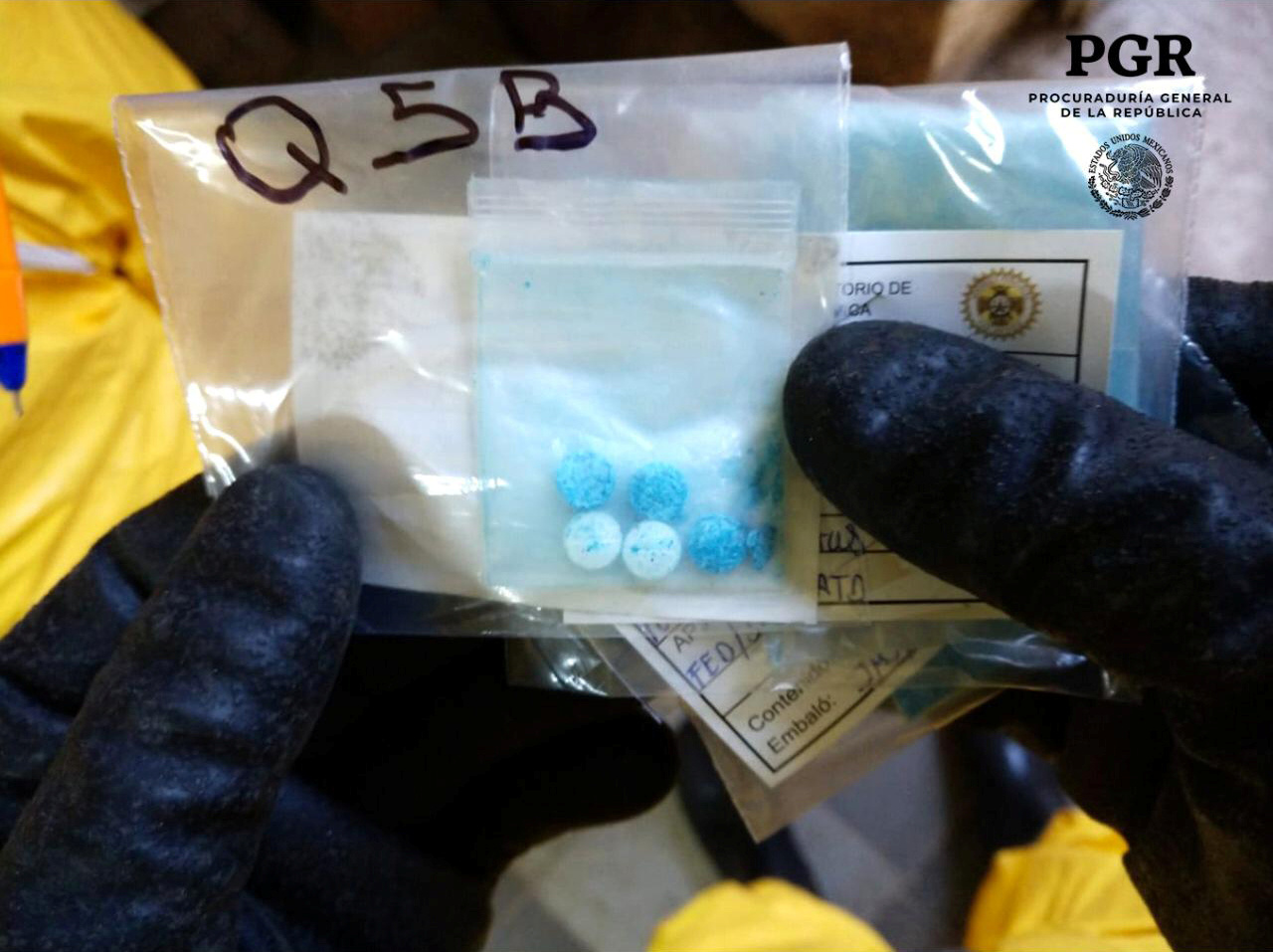 Fentanyl pills seized from an illicit manufacturer in Mexico are pictured. (REUTERS)

Fentanyl is a potent synthetic opioid 80-100 times stronger than morphine typically used in hospitals to treat cancer related pain. It is the drug’s enormous potency that makes it alluring in the illicit market, according to the Drug Enforcement Administration.

The opioid crisis claims over 130 lives per day and costs the nation $78.5 billion per year, according to the National Institute on Drug Abuse. Fentanyl is a large contributor to opioid overdose deaths in many areas. Nearly 90% of individuals who died of an opioid overdose in Massachusetts tested positive for fentanyl in 2018, according to the state’s health department.

“If this seizure had hit the streets, there would have, no doubt, been an increase in overdoses, and likely overdose deaths, in our community,” Toledo Police Chief George Kral said in a statement Sunday. (RELATED: Secure The Boarder To Solve The Opioid Crisis)

The Department of the Interior announced in March it seized 30,000 fentanyl pills entering the U.S. via entry points on Tohono O’odham Nation lands in Arizona, reported ABC News.