The White House is gearing up for a major patriotic rally, dubbed the “Salute to America,” to celebrate the Fourth of July with a demonstration of military might and a speech from President Donald Trump.

Trump first got the idea for a military parade celebrating America after viewing the Bastille Day parade in France in 2017, telling reporters, “It was one of the greatest parades I’ve ever seen.”

The White House started prepping for a similar parade in early 2018, according to reports, but the president put the brakes on the idea when he discovered it could cost upwards of $100 million. (RELATED: Trump Decides On Fate Of Military Parade)

“The local politicians who run Washington, D.C. (poorly) know a windfall when they see it,” Trump said, “When asked to give us a price for holding a great celebratory military parade, they wanted a number so ridiculously high that I cancelled it. Never let someone hold you up!”

The local politicians who run Washington, D.C. (poorly) know a windfall when they see it. When asked to give us a price for holding a great celebratory military parade, they wanted a number so ridiculously high that I cancelled it. Never let someone hold you up! I will instead…

Now, it looks like Trump may get his wish.

In early June, reports surfaced that this year’s Fourth of July celebration in Washington, DC would feature an Air Force One flyover over the National Mall. 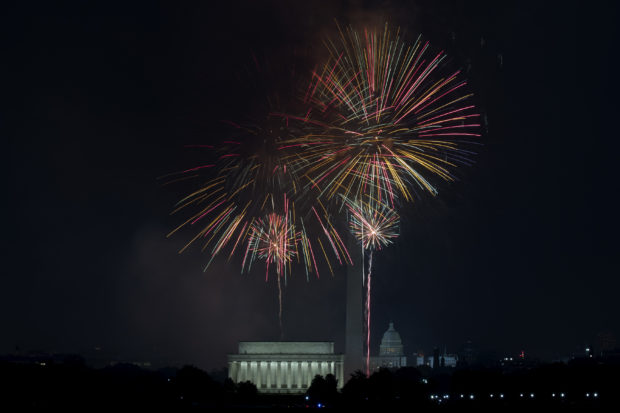 WASHINGTON, D.C. – July 4: Fireworks are launched over the National Mall to celebrate the United States’ Independence Day July 4, 2017 in Washington, DC. Thousands gather throughout the city to watch the display and enjoy festivities. (Photo by Aaron P. Bernstein/Getty Images)

The event will also feature a 35-minute long fireworks display, an address from the president, military bands and drill teams, and, potentially, armored military tanks speckled across the Mall.

The event is open to the public, but some lucky guests will receive VIP tickets to catch Trump’s speech at the Lincoln Memorial in a special close-up and roped-off area. 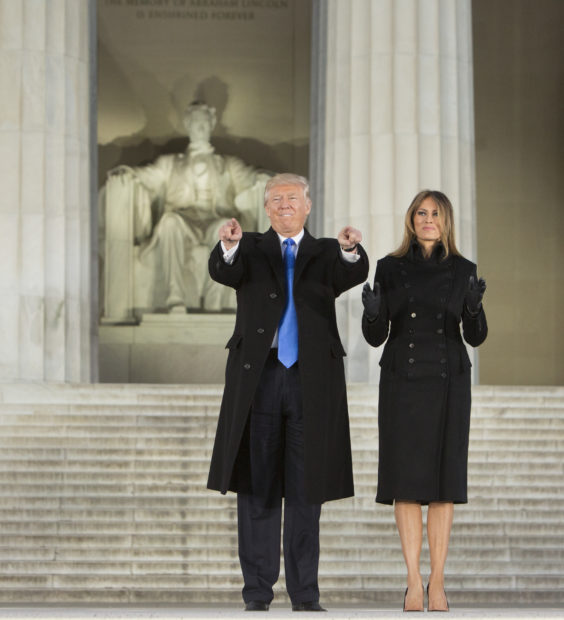 WASHINGTON, DC – JANUARY 19: (AFP OUT) President-elect Donald J. Trump and wife Melania Trump arrive for the inaugural concert at the Lincoln Memorial in January 19, 2017 in Washington, DC. Hundreds of thousands of people are expected tomorrow for Trump’s inauguration as the 45th president of the United States. (Photo by Chris Kleponis-Pool/Getty Images)

The famous Blue Angels are expected to make an appearance, and Trump, who has used a heavy hand in planning the parade, even reportedly floated the idea of a surprise F-35 flyover. 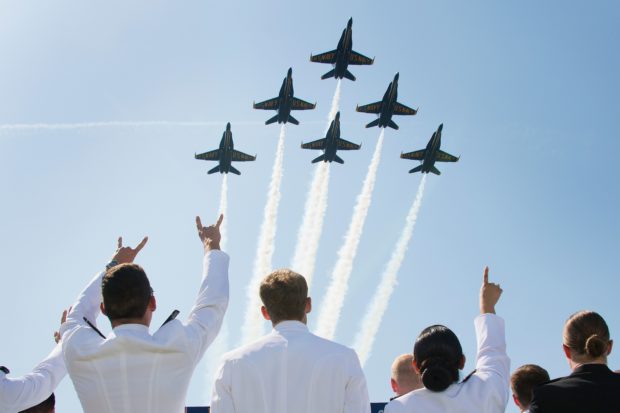 United States Naval Academy midshipmen cheer as the US Navy’s Blue Angels fly over the graduation ceremony in Annapolis, Maryland, on May 25, 2018. (Photo by JIM WATSON/AFP/Getty Images)

It is unclear how much the entire event will cost taxpayers, but firework companies have donated nearly $1 million in pyrotechnics for the display, making it twice as long as previous shows.

“This is going to be a fantastic Fourth of July with increased access across the National Mall for the public to enjoy music, flyovers, a spectacular fireworks display, and an address by our Commander-in-Chief,” United States Secretary of the Interior David Bernhardt said about the event.