“Yellowstone” dropped an incredible video on Twitter on Monday afternoon.

The video features Jefferson White, Ian Bohen and Denim Richards discussing episode two of the new season, and they focused a bit on the infamous fight between Rip and Kayce.

For those who might not know, Rip threw a fight against Kayce at the request of John so that his youngest son could win the respect necessary to run the ranch. (RELATED: ‘Yellowstone‘ Returns With A Bang In Season 2 Premiere ‘A Thundering’)

“That day was nuts. Just, take after take in the dust. You know, there’s no real faking that. There were amazing stunt performers involved obviously in capturing that scene, but those actors were throwing each other around,” White explained.

Watch the three of them take you behind the scenes in the awesome video below.

That scene truly was incredible. We’ve been building up to it ever since season one, and we finally got it last Wednesday night.

It was absolutely brutal in terms of a fight for TV. They were both bloody and just letting each other have it. As you can tell from the inside look, filming such a scene was far from an easy task. 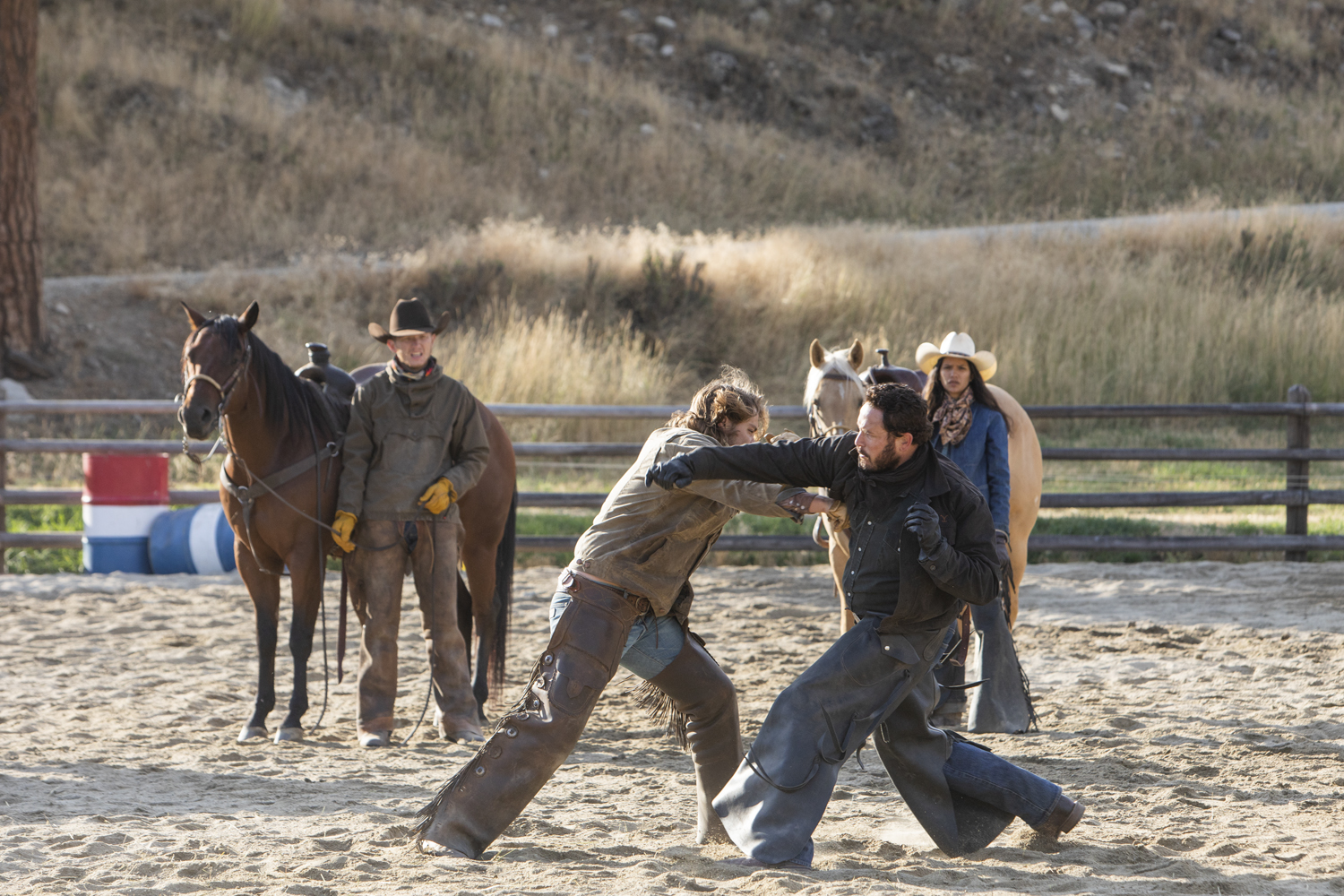 If you’re not already watching “Yellowstone” season two, then I suggest you start immediately. It’s the best show on TV right now, and it might be one of the defining roles of Kevin Costner’s career.

It also looks like this season is only going to get crazier and crazier as we go. We saw Rip and Kayce come to blows in only the second episode. I have to imagine things will only get further cranked up.

A quick look at what’s coming in season 2. Are you ready for it? #YellowstoneTV

Tune in June 10 to watch episode three. It should be a great one.