Camping World CEO Marcus Lemonis won’t take down an oversized American flag he has flying over his RV dealership in Statesville, North Carolina, even if it means going to jail.

The city of Statesville is suing the dealership to remove the 40 by 80 foot flag, saying it violates a local ordinance that limits flags to 25 by 40 foot, according to NBC’s WCNC.

“If I don’t take it down, I will be in violation of the court order. Ultimately, their reaction is from the city that I will go to jail,” Lemonis told Fox News’s Martha MacCallum Monday.

“The flag’s not coming down,” he added. 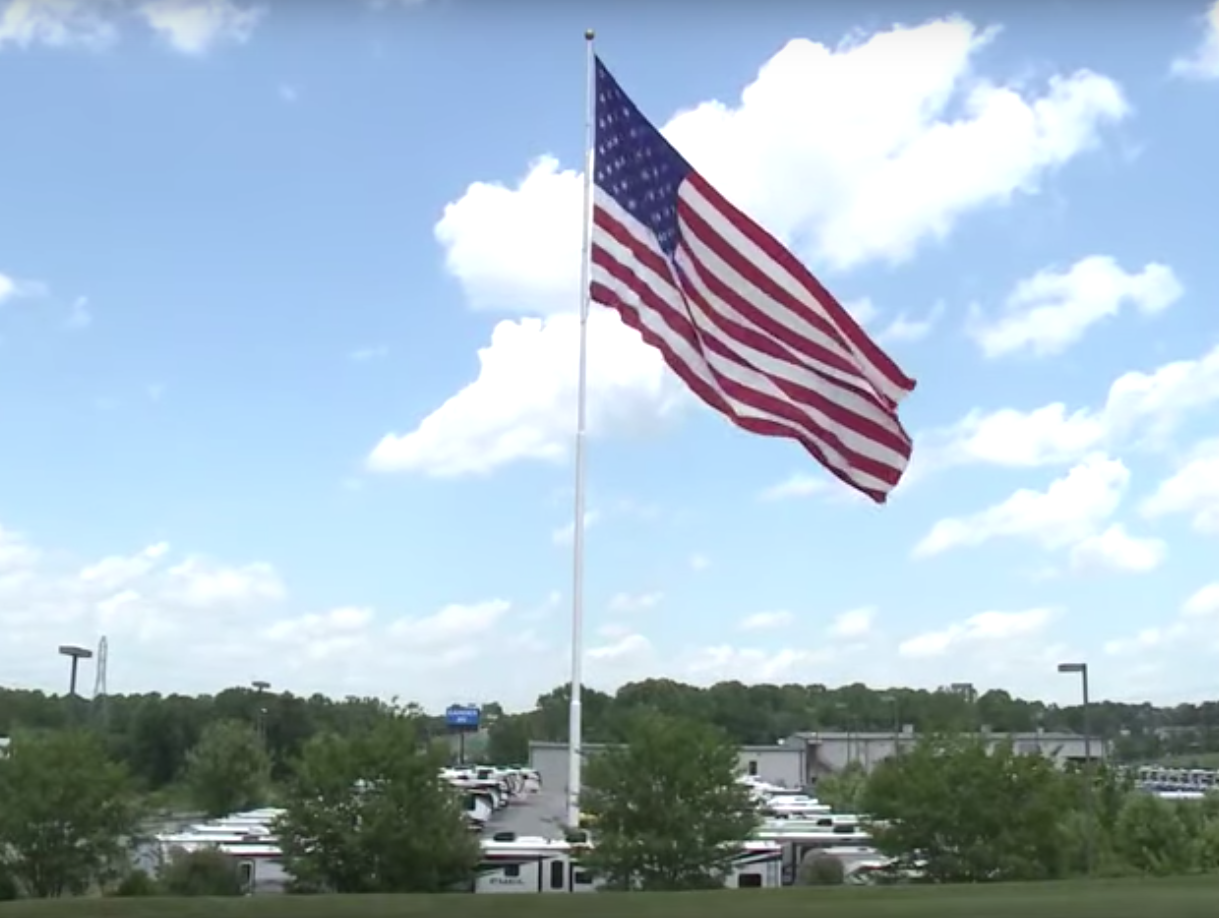 The flag is flying over Camping World-Gander RV along to Interstate 77. The city is threatening to fine Lemonis $50 per day retroactive to October 2018.

“I don’t advocate an ordinance being broken period. Let’s start with that,” Lemonis told WCNC in May. “In this particular case, I feel like the ordinance was flawed. We’ve been challenging this for years.”