“She’s getting bolder with her lies on this. This is what’s actually happening and this is what the American people need to understand: People like AOC are operating off of a false premise, and it’s deliberately designed to misinform the American people for her own political ends,” Crenshaw said Tuesday to Fox News’s Martha MacCallum.

Crenshaw’s comments follow accusations made by Ocasio-Cortez about migrant detention centers she visited. The New York Democrat said agents harassed and disrespected her during a tour of Customs and Border Protection (CBP) facilities and that the conditions of the facilities were squalid.

“Remember, first there was no crisis at all. OK? Then it was a manufactured crisis. Then it was a crisis completely created by [President Donald] Trump. Then there were concentration camps. Then people are Nazis. Now she’s saying that Border Patrol agents harassed her and forced migrants to drink out of toilets,” Crenshaw said.

“This is insanity. This is not true. There is no one else corroborating these kind of reports,” he said. “And yet, she’s using it to try and make her case that we shouldn’t have any enforcement and that we should have open borders. This is really dishonest behavior from a member of Congress.”

Her most significant accusation, however, was that detained women were being directed by CBP agents to drink water out of toilets. 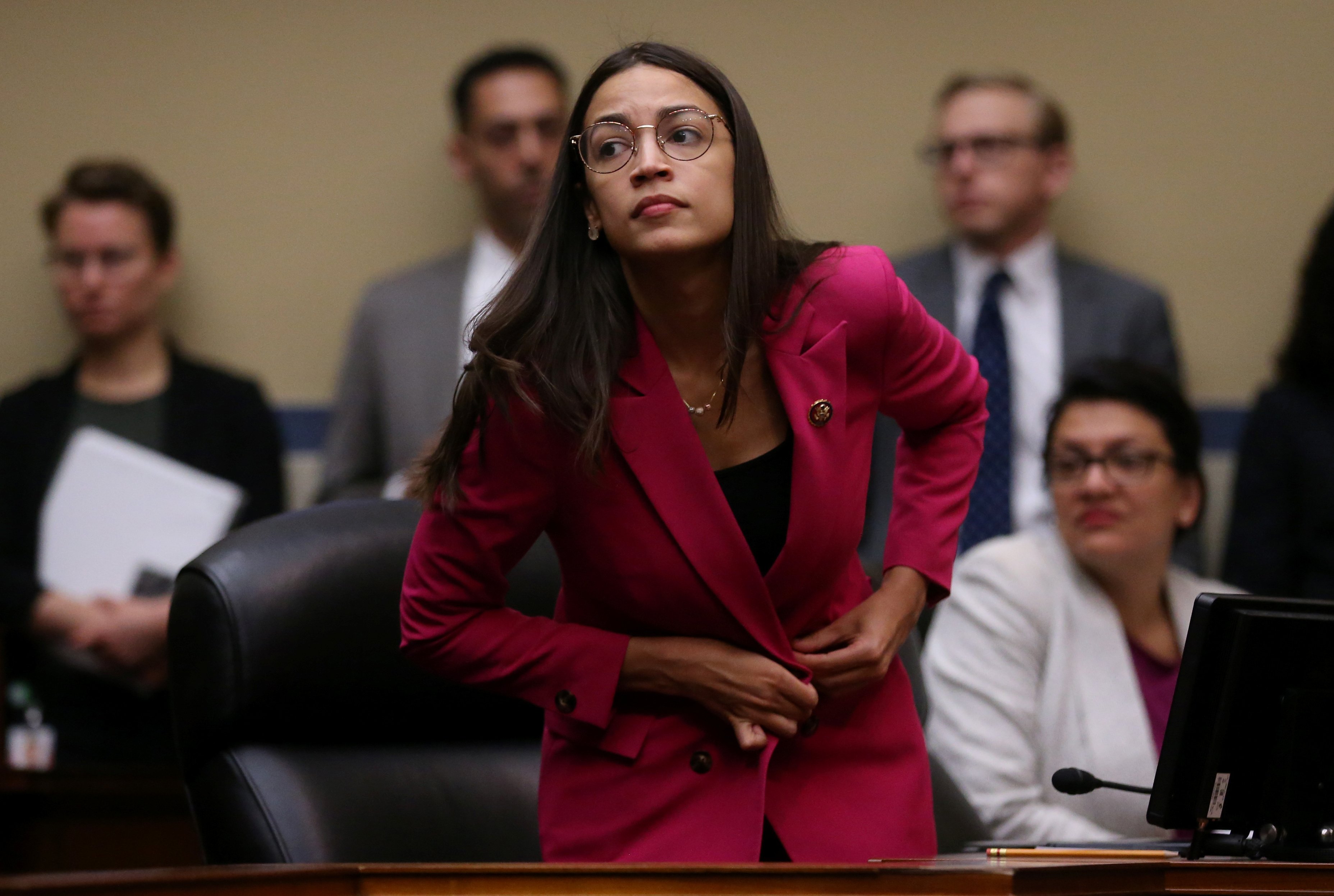 U.S. Rep. Alexandria Ocasio-Cortez arrives to a hearing called “Violations of the Hatch Act Under the Trump Administration” by the House Oversight and Reform Committee on Capitol Hill in Washington, D.C., June 26, 2019. REUTERS/Leah Millis

“These women were being told by CBP officers to drink out of the toilet. They were drinking water out of the toilet, and that was them knowing a congressional visit was coming. This is CBP on their best behavior,” the Democrat told the press Monday. When a reporter asked if she personally saw such an action take place, she didn’t respond and rolled up her car window.

Top officials within the Department of Homeland Security have refuted her claims.

“I’ve never heard, in 26 years of being in this business, ever heard of that type of allegation being made,” CBP Deputy Commissioner Robert Perez said Tuesday. (RELATED: The Trump Administration Is Sending Fines To Illegal Immigrants Who Refuse To Leave The US)

As of publication of this article, no documented evidence has been produced to corroborate her claim. Her office did not respond to the Daily Caller News Foundation’s request for comment.