Democratic presidential candidate Marianne Williamson shared a photoshopped picture where she was added into a Vogue photo that originally had all of the 2020 female White House hopefuls except for her.

American photographer Annie Leibovitz captured the “women of 2020” in two photographs for a Vogue article Monday, but Williamson isn’t in either. Williamson hit back at Vogue when she learned she hadn’t been included, The Hill reported.

“The Framers of the Constitution were very clear about who’s qualified to run for president,” Williamson said, according to The Hill. “They did not make any media, certainly not Vogue magazine, the gatekeeper here.”

Williamson put up a photo on Instagram for July 4 where she is seen photoshopped into one of the “women of 2020” pictures. The accompanying caption does not directly mention Vogue’s snub. (RELATED: Marianne Williamson Calls Family Separations ‘State-Sponsored’ Crimes) 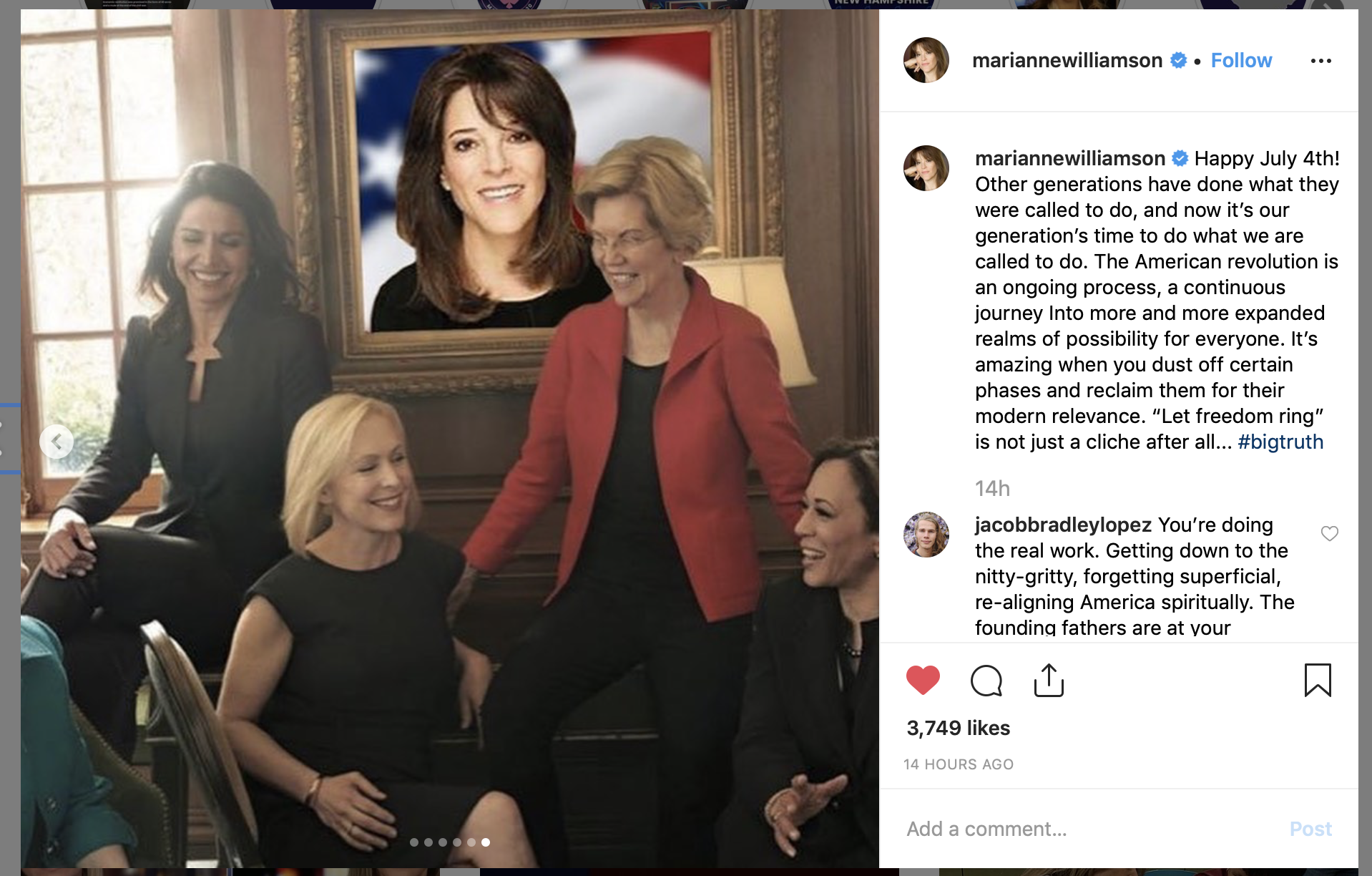 Vogue made a statement after the article came out, saying the focus of the piece was intended to be on the politicians who are running for president. The Vogue article is titled “Madam President? Five Candidates on What It Will Take to Shatter the Most Stubborn Glass Ceiling.”

“We’re in no way discrediting Marianne Williamson and all she’s accomplished,” Vogue told CNN Business. “For the photo, Vogue wanted to highlight the five female lawmakers who bring a collective 40 years of political experience to this race.”

Williamson has already reached the qualifications to be a part of the second round of Democratic debates at the end of July.

“The campaign didn’t create the meme,” a campaign spokesperson for Williamson told the Daily Caller News Foundation. “All credit goes to the people of the internet who never fail to deliver.”

EDITOR’S NOTE: This article has been updated to reflect that Williamson’s campaign did not create the photoshopped picture.