2020 Democratic presidential candidate Elizabeth Warren detailed her plan of improved wages and higher leadership positions for women of color Friday, and it includes a set of executive orders that she would take on “day one” of her presidency.

Massachusetts Sen. Warren’s plan aims to “promote equity in the private sector through historic new requirements on federal contractors,” according to her Medium post Friday. The executive orders would promise fair pay and benefits to all workers and ban companies from using non-compete clauses.

Her executive orders would also disallow contracting opportunities for companies that have “poor track records on diversity and equal pay.” Companies would no longer be allowed to ask applicants for their previous salaries and criminal histories, her Medium post read. 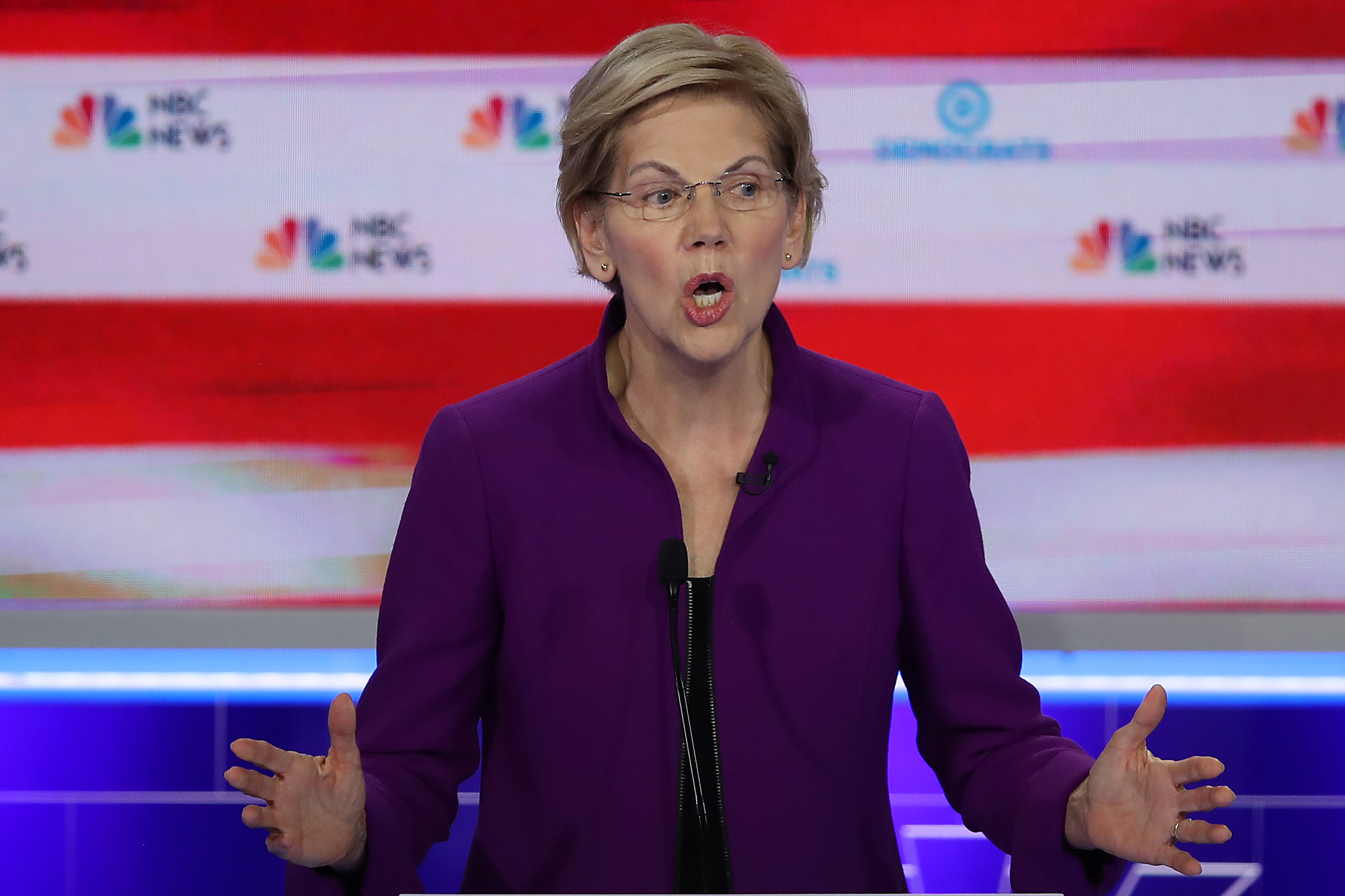 Sen. Elizabeth Warren speaks during the first night of the Democratic presidential debate on June 26, 2019 in Miami. (Joe Raedle/Getty Images)

Her plan for this includes creating “new paid fellowship programs for federal jobs for minority and low-income applicants,” mandating every federal company to have diversity and a mentorship program for “Black and Brown employees,” and putting more resources toward recruiting from “minority-serving institutions.”

This plan is the first step toward helping women of color, according to the Medium post. Warren would also enact affordable housing, universal child care and cancellation of student debt plans, previous Medium posts show.

“It’s time to build an America that recognizes the role that women of color play in their families and in the economy, that fairly values their work, and that delivers equal opportunity for everyone,” Warren’s post said.