President Donald Trump’s executive order on citizenship data collection lays out a plan that hostile judges and opponents of the census citizenship question urged the government to follow from the start of the legal fight.

Indeed, the steps outlined in Thursday’s order were previously repudiated by the president’s own senior aides and lawyers.

“This is brutal,” an administration official told the Daily Caller News Foundation. “Democrats are cheering now and it was a totally winnable issue the timid lawyers fumbled.”

Thursday’s executive order directs government entities to assist the Commerce Department in calculating the number of citizens and non-citizens present in the country. For example, the order requires the State Department to make passport application data available to Commerce officials.

The Census Bureau urged Commerce Secretary Wilbur Ross to follow that very plan as he contemplated adding a citizenship question to the census form. Career officials at the Bureau said that approach would yield more precise results than responses to a question on the census form.

Ross rejected the idea in a March 2018 decision memo, saying “administrative records alone … would provide an incomplete picture.” After the 2010 census, the Bureau was able to match 88 percent of the population to “credible administrative record data,” Ross wrote. That means that citizenship data was missing for 10 percent of the population, or 25 million people. Ross said a citizenship question on the census form would be the best way to fill in that missing data, combined with enhanced record-gathering techniques.

“Given the scale of this number, it was imperative that another option be developed to provide a greater level of accuracy than either self-response alone or use of administrative records alone would presently provide,” Ross wrote.

“Some 25 million voting-age people would need to have their citizen age imputed by the Census Bureau,” Francisco told the Court. “And so [Ross] was making clear that he’d rather go with actual counting than imputation.”

As such, Thursday’s announcement was a reversion to a policy the administration itself had deemed inadequate. (RELATED: Judge Rejects Trump Bid To Swap Lawyers In Census Case) 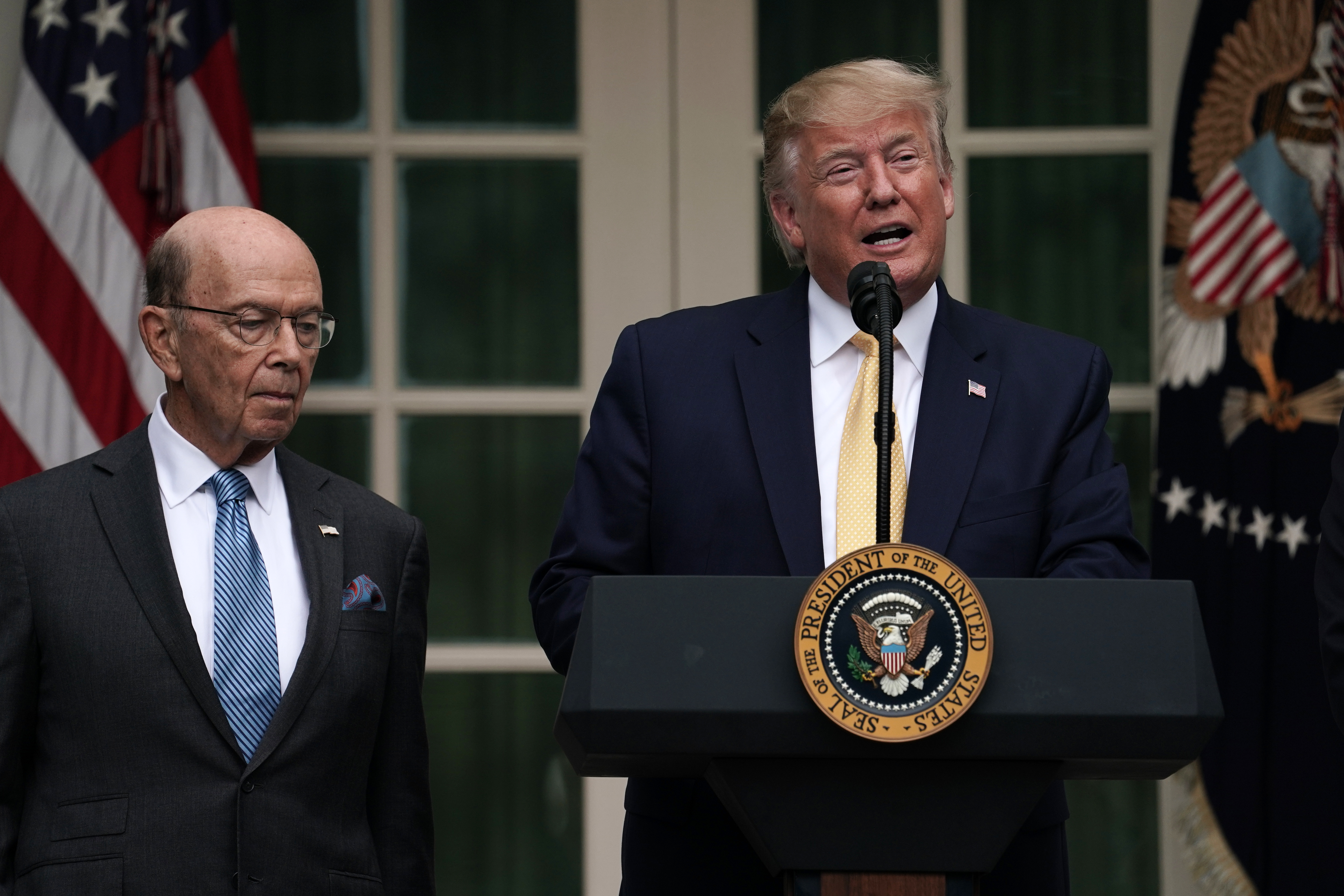 President Donald Trump makes a statement on the census with Secretary of Commerce Wilbur Ross on July 11, 2019. (Alex Wong/Getty Images)

Stranger still is the fact that the coalition of civil rights groups and Democratic officials fighting the citizenship question in court consistently pushed the records-gathering approach as a preferable alternative. They argued the citizenship question would depress immigrant participation in the census, thus depriving migrants of federal aid and representation in Congress. Aggregating existing records would refine citizenship data without prejudicing minority communities, they said.

Dale Ho of the American Civil Liberties Union (ACLU), who represented the census plaintiffs in the Supreme Court, said Thursday’s order was an unconvincing attempt to spin a wholesale retreat.

“He’s backing down and taking the option that he rejected more than a year ago,” Ho said. “Trump may claim victory today, but this is nothing short of a total, humiliating defeat for him and his administration.”

U.S. District Judge Jesse Furman, who issued the first injunction against the citizenship question, similarly blasted the administration on the records point in a January 2019 decision. Furman said Ross’s decision to add a citizenship question instead of using records-matching was inexplicable.

“All of the relevant evidence before Secretary Ross — all of it — demonstrated that using administrative records would actually produce more accurate [citizenship] data than adding a citizenship question to the census,” Furman wrote.

Attorney General William Barr said a continued legal fight would undermine the census itself, while insisting the administration’s substantive legal positions were correct. The AG said the government would have prevailed had time allowed for further litigation.

“In my view, the government has ample justification to inquire about citizenship status on the census and could plainly provide rationales for doing so that would satisfy the Supreme Court,” Barr said during Thursday’s Rose Garden press conference. “There is thus no question that a new decision to add the question would ultimately survive legal review.”

The White House did not respond to requests for comment.