Hugh Grant said it’s beyond time to “pull the plug” on social media because of things like Donald Trump’s presidency and Brexit, among others.

“It’s particularly terrifying, the triumph of technology over democracy. You realize, [Donald] Trump couldn’t have happened without Facebook manipulation, and Brexit couldn’t have happened without it,” the 58-year-old actor explained during an interview for Variety’s “My Favorite Episode” podcast in a piece published Monday. (RELATED: Here Are The Best Photos Of Elizabeth Hurley From 2017 [SLIDESHOW]) 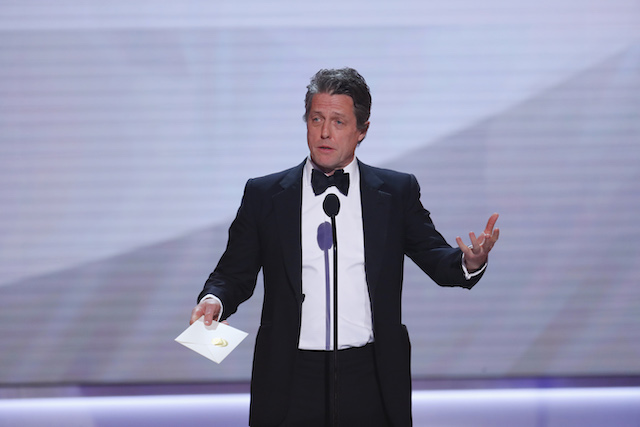 “It’s all the ability now, people with enough money and resources, to manipulate swing voters through very highly tailored Facebook ads.” he added. “I would just pull the plug on social media.” (RELATED: Check Out The Hottest Looks From The 60th Grammy Awards [SLIDESHOW])

Grant continued, “I look at the pluses and minuses, and to me the minuses way outweigh the pluses. We had perfectly decent lives before social media. At the very minimum, I would take away anonymity from social media posts.”(RELATED: Julia Roberts Is Spilling Out Of Her Dress At Cannes Film Festival)

The “Love Actually” star is involved in a campaign called Hacked Off, and the group’s goal is to bring more attention to what was described as online propaganda. The initial focus of Hacked off was about U.K press reform initiatives and the media moguls “who control the world’s major news outlets.”

“These people have been running the country for decades and so Hacked Off was about, ‘is that a good thing?’ Grant shared.  “And it was also initially, specifically about the power of those newspapers to behave in any way they wanted, without regard to innocent people.”

It was only the latest comments from the “Notting Hill” star that created headlines. Last month, the “Bridget Jones’s Diary” actor made news when he said that he was too old to play a leading man in romantic comedies anymore.

“…I’ve gotten too old and ugly and fat to do them anymore, so now I’ve done other things and I’ve got marginally less self-hatred,” Grant explained.