Morgan was reacting to an attempted terrorist attack on an ICE facility.

Willem Van Spronsen, 69, launched an attack early Saturday morning on an ICE detention center in Tacoma, Washington. Armed with a rifle and flares, Spronsen attempted to light the buildings on fire, but only managed to ignite a nearby vehicle before he died in a shootout with police. 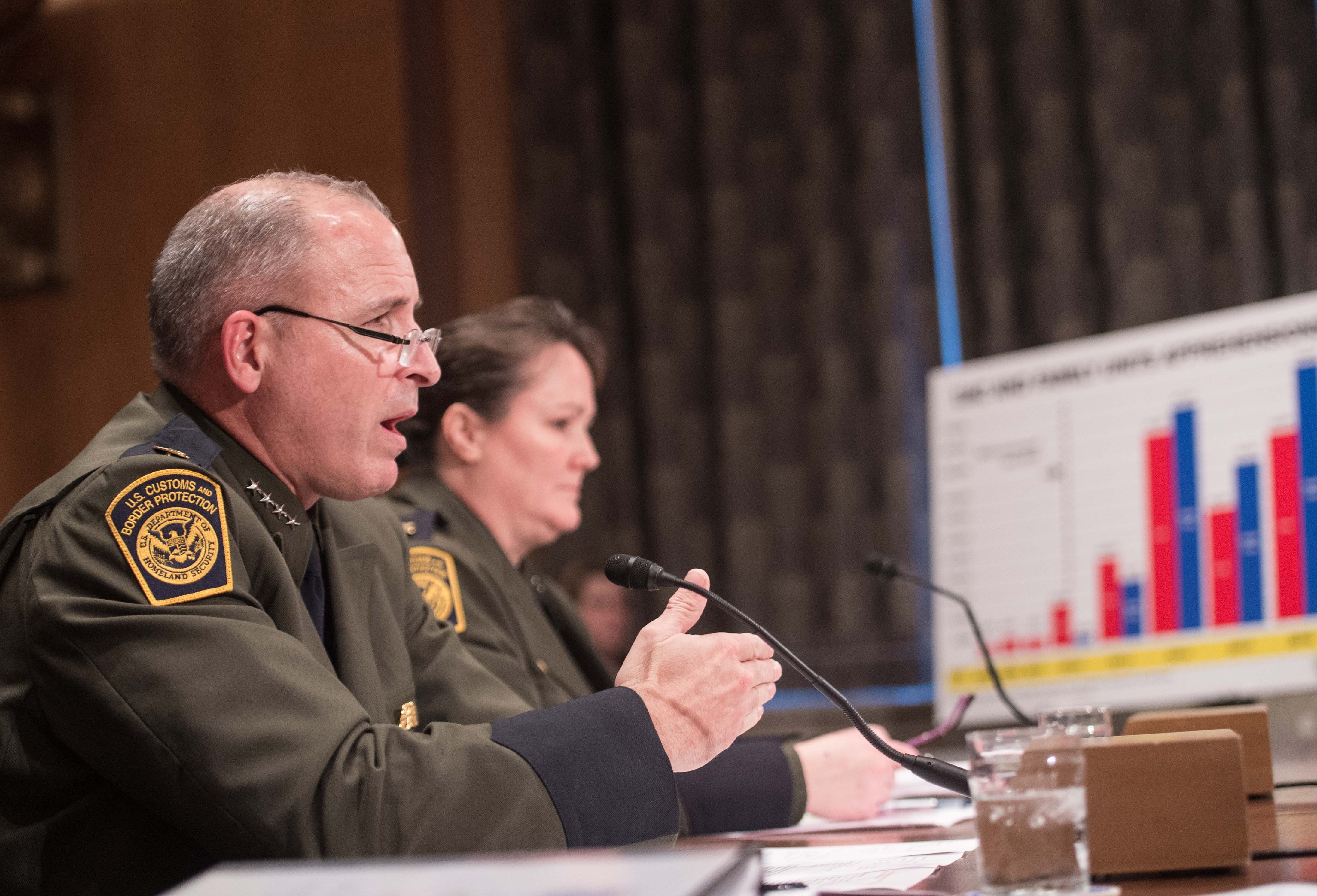 Mark Morgan, chief of the US Border Patrol, and his deputy Carla Provost testify at a Senate Homeland Security and Governmental Affairs Committee hearing on “Initial Observations of the New Leadership at the US Border Patrol” on Capitol Hill in Washington, DC, on November 30, 2016. (NICHOLAS KAMM/AFP/Getty Images)

It was quickly discovered that Spronsen was a member of Antifa — a left-wing extremist organization long known for violence — and had written a manifesto calling on his “comrades” to arm themselves. In the manifesto, he also referred to immigrant detention centers as “concentration camps,” a comparison made popular by New York Democrat Rep. Alexandria Ocasio-Cortez and others in her party.

Initially, Ocasio-Cortez refused to give an answer when asked if she would condemn the ICE attack. She did provide a vague response when questioned by the Daily Caller on Monday, saying that “any act of violence is of course terrible.” Democratic Reps. Ilhan Omar of Minnesota and Ayanna Pressley of Massachusetts did not respond when asked the same question by the Daily Caller. (RELATED: Antifa Member Who Attacked ICE Center Echoed Ocasio-Cortez’s ‘Concentration Camp’ Language In Final Manifesto)

“This year alone, [the men and women of CBP] rescued almost 4,000 individuals — individuals trying to illegally enter this country. They rescued them. They saved their lives. The last time I checked, in the concentration camps, Nazis were killing people. Customs and Border Protection are saving lives,” Morgan said Monday.

“It’s irresponsible rhetoric and there should be some accountability,” he said.