Ocasio-Cortez called for a “9/11-style commission” Saturday to investigate family separations at the U.S. border. Her commission would be based of the independent investigation used after the 9/11 attacks on the World Trade Center, according to Vox. Crenshaw called her idea “fuel to the fire” on growing tensions about illegal aliens in America.

“They talk about the over-crowded facilities. They never have a solution. They don’t have a solution for our immigration system. They say it shouldn’t be defined by the administration — well, we do have laws right now … that says you can’t illegally cross the border. That’s immigration policy set by Congress. It’s a law in place. We need to enforce it.” 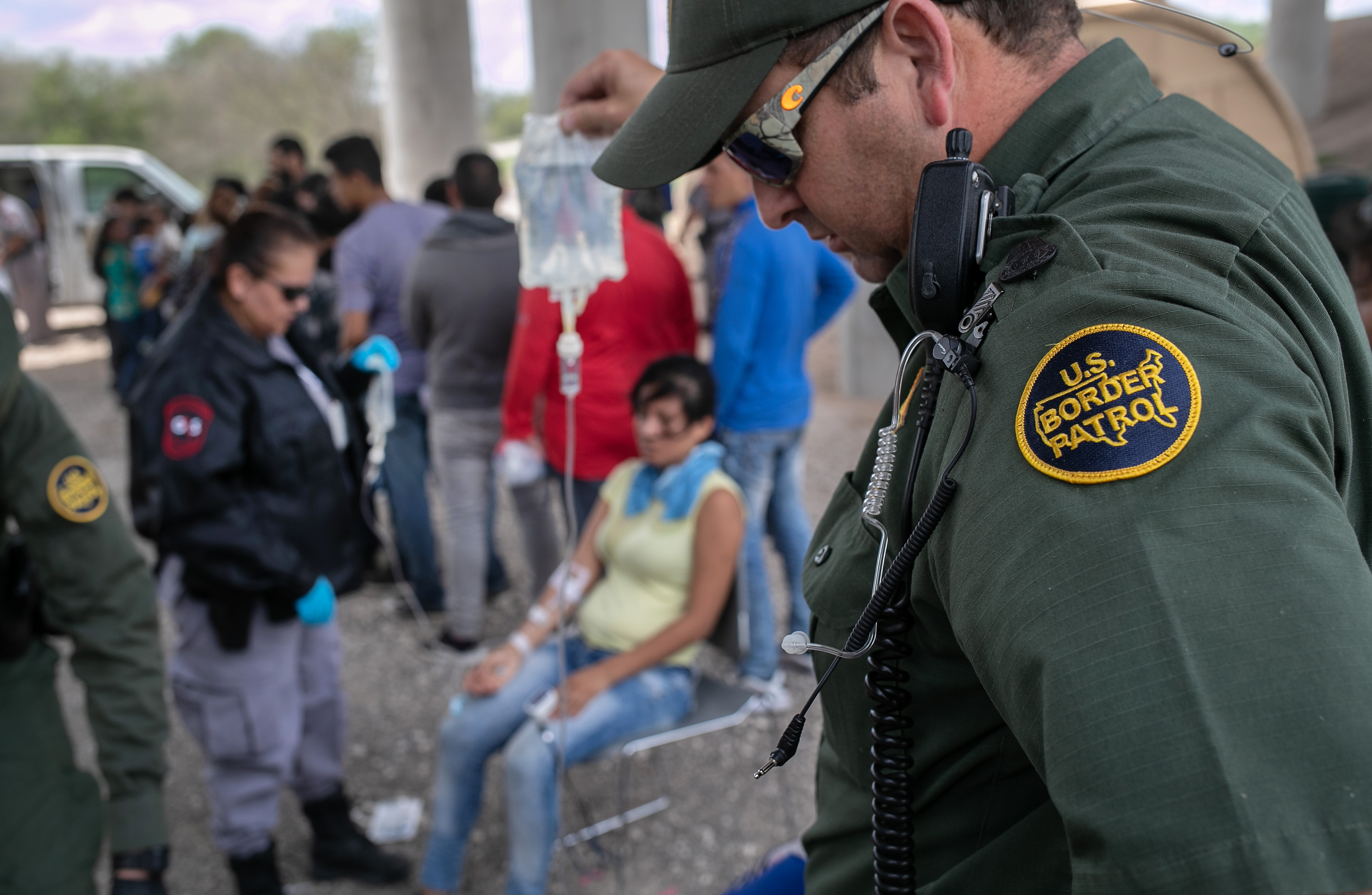 MCALLEN, TEXAS – JULY 02: A U.S. Border Patrol agent holds an IV bag for an immigrant suffering from heat exhaustion after taking her into custody on July 02, 2019 in McAllen, Texas. The immigrants, mostly families from Central America, turned themselves in to border agents after rafting across the Rio Grande from Mexico to seek political asylum in the United States. (Photo by John Moore/Getty Images)

Crenshaw also insisted that Democrats don’t want to solve the perceived problem, instead they want to discredit Trump and paint him as “evil.”

“What they really want is more commissions like this, more investigations they can point to, to call the president evil,” he said. “That’s what they want,” he told Fox.

He remains worried that Democrats are trying to decriminalize illegal entries into the U.S. mainland.