Superstar actor Joaquin Phoenix and actress Rooney Mara are reportedly finally “engaged” after the pair have been dating for the last three years.

Sources confirmed to US Weekly in a piece published Sunday, that the 44-year-old actor and 34-year-old actress were “engaged” to be married. (RELATED: Watch The Latest Electric Trailer For ‘Captain Marvel’) 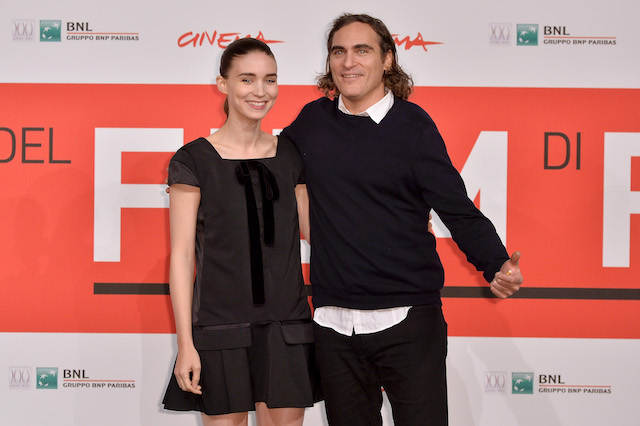 Actors Rooney Mara and Joaquin Phoenix attend the ‘Her’ Photocall during the 8th Rome Film Festival at the Auditorium Parco Della Musica on November 10, 2013 in Rome, Italy. (Photo by Tullio M. Puglia/Getty Images)

This comes after “The Girl With The Dragon Tattoo” actress was spotted rocking a huge diamond ring on her left hand last month while running around Los Angeles, leaving many to speculate that the “Gladiator” star had indeed finally popped the question. (RELATED: Check Out Joaquin Phoenix As The Joker In Terrifying Photo From The New Movie)

The superstar couple were first linked together three years ago in 2016 after the two worked together on the set of “Mary Magdalene.”

The duo then made their relationship red carpet official when they showed up together at the Cannes Film Festival’s closing ceremony in 2017.

Phoenix would later share that the two were living together in a home in the Hollywood Hills.

“They don’t really like to go out,” an insider told the outlet. “They mainly just like to be with each other as the two of them. They’re in their own bubble.”

In July of last year a source told the same publication that the “Joker” star and Mara were “so in love,” but that they felt no pressure to put a husband and wife label on their relationship.

“They think marriage is too mainstream,” the insider shared.

Congratulations are clearly in order in either case!