The Senate voted Tuesday to confirm former defense industry lobbyist Mark Esper as secretary of defense after months without a permanent replacement.

The confirmation vote was 90-8 and he will be sworn in by the end of the day, ending the time without a permanent leader, as Esper was formally working as the acting Defense Secretary. Esper will replace former Secretary of Defense James Mattis, who retired at the end of February after two years on the job. 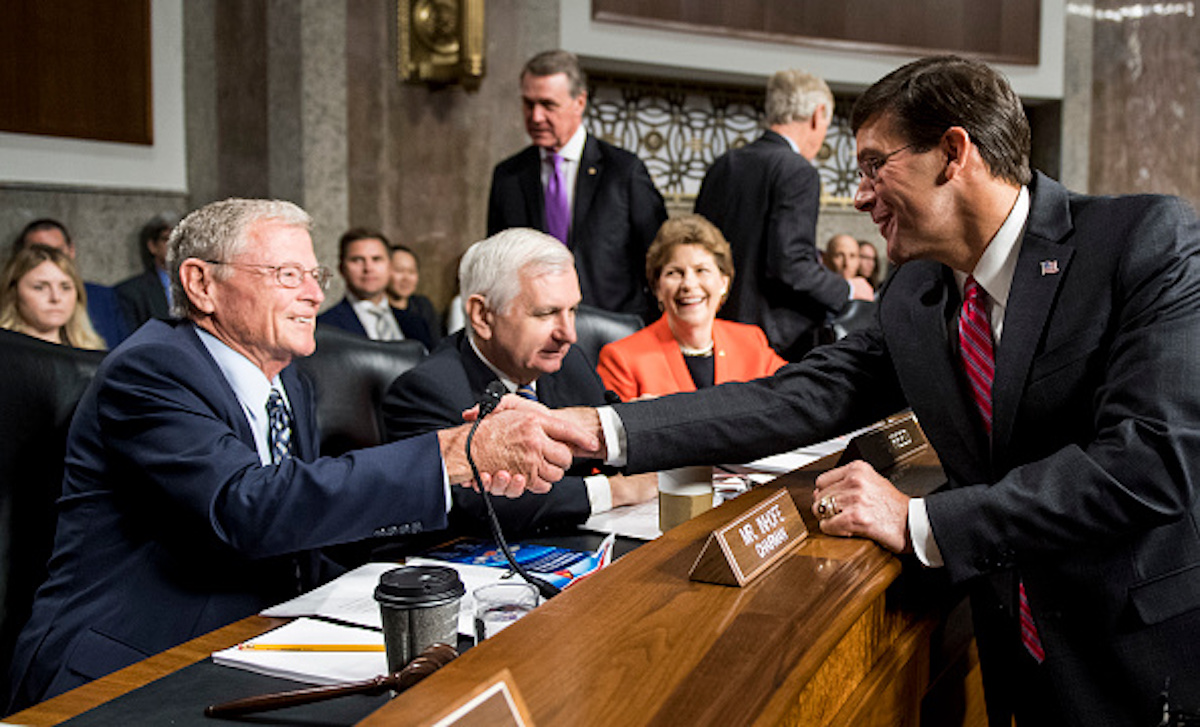 Throughout his confirmation process, Esper was pressed about Raytheon, a major U.S. defense contractor where he worked as a lobbyist for more than six years. Many demanded he voluntarily extend the required two-year recusal period connected to Raytheon. (RELATED: Mattis Retires From Trump Administration)

“At the age of 18 I went to West Point, and I swore an oath to defend this Constitution, and I embraced a motto called duty and honor and country, and I’ve lived my life in accordance with those values ever since then,” he said in response to Democratic Massachusets Sen. Elizabeth Warren. The congresswoman had been asking him to follow legislation she introduced in May to prevent former Pentagon officials from working for any defense contractor for at least four years after they leave their post.

“I think the presumption is, for some reason, that anyone who comes from the business or corporate world is corrupt,” he said. Warren then said it was “ridiculous,” pushing her microphone aside.