“Director Mueller, can you state with confidence that the Steele dossier was not part of Russia’s disinformation campaign?” Gaetz asked. (RELATED: Investigate The Steele Dossier As Russian Disinformation, Intel Experts Say)

“No … that part of the building of the case predated me by at least 10 months,” Mueller responded.

“Yeah, and Paul Manafort’s alleged crimes regarding tax evasion predated you. You had no trouble charging them. As a matter of fact, the Steele dossier predated [Attorney General William Barr], and he didn’t have any problem answering the question when Sen. Cornyn asked the attorney general the exact question I asked you, director,” Gaetz responded.

You identify no factual basis regarding the dossier or the possibility that [the dossier] was part of the Russia disinformation campaign. Christopher Steele’s reporting is referenced in your report. Steele reported to the FBI that senior Russian foreign ministry figures … told him that there was … ‘extensive evidence of conspiracy between the Trump campaign team and The Kremlin.’ Here’s my question: Did Russians really tell that to Christopher Steele? Or did he just make it all up and was he lying to the FBI?

“As I said earlier, with regard to the Steele [dossier], that is beyond my purview,” Mueller responded.

“No, it is. It is exactly your purview, Director Mueller, and here’s why: Only one of two things [are] possible. Either Steele made this whole thing up, and there were never any Russians telling him of this vast criminal conspiracy that you didn’t find, or Russians lied to Steele,” Gaetz said. 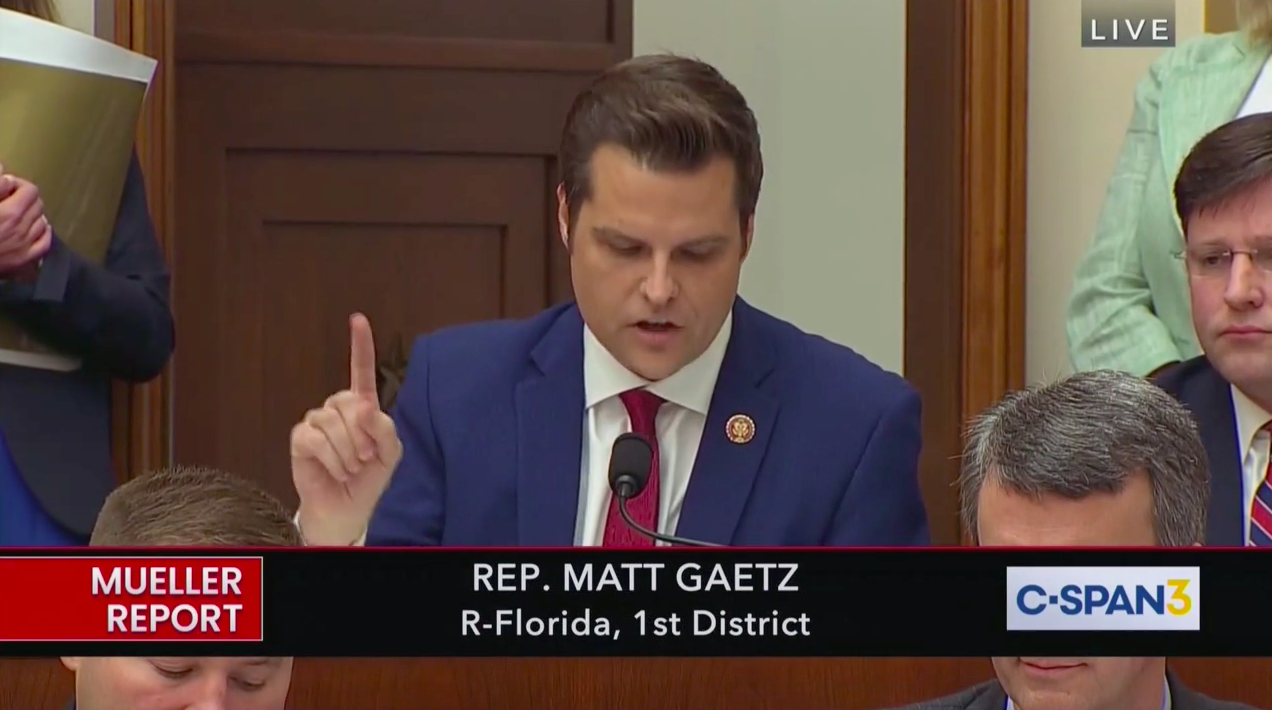 “Now, if Russians were lying to Steele to undermine our confidence in our duly elected president, that would seem to be precisely your purview, because you stated in your opening that the organizing principle was to fully and thoroughly investigate Russia’s interference, but you weren’t interested in whether or not Russians are interfering,” Gaetz said.

The Justice Department’s Office of the Inspector General is investigating the FBI for misleading the federal surveillance court in its reliance on the Steele dossier. (RELATED: Mueller Found No Evidence Of Collusion)

While Mueller’s report relied on the dossier to obtain wiretap warrants against former Trump campaign adviser Carter Page, it also contradicted the dossier’s conclusion that the 2016 Trump campaign engaged in a “well-developed conspiracy of co-operation” with the Kremlin.