According to a newly released Fox News Poll, Biden has expanded his lead over his 2020 primary challengers with 33% of likely Democratic voters now supporting him. (RELATED: Biden On Kamala Harris: ‘I Thought We Were Friends’) 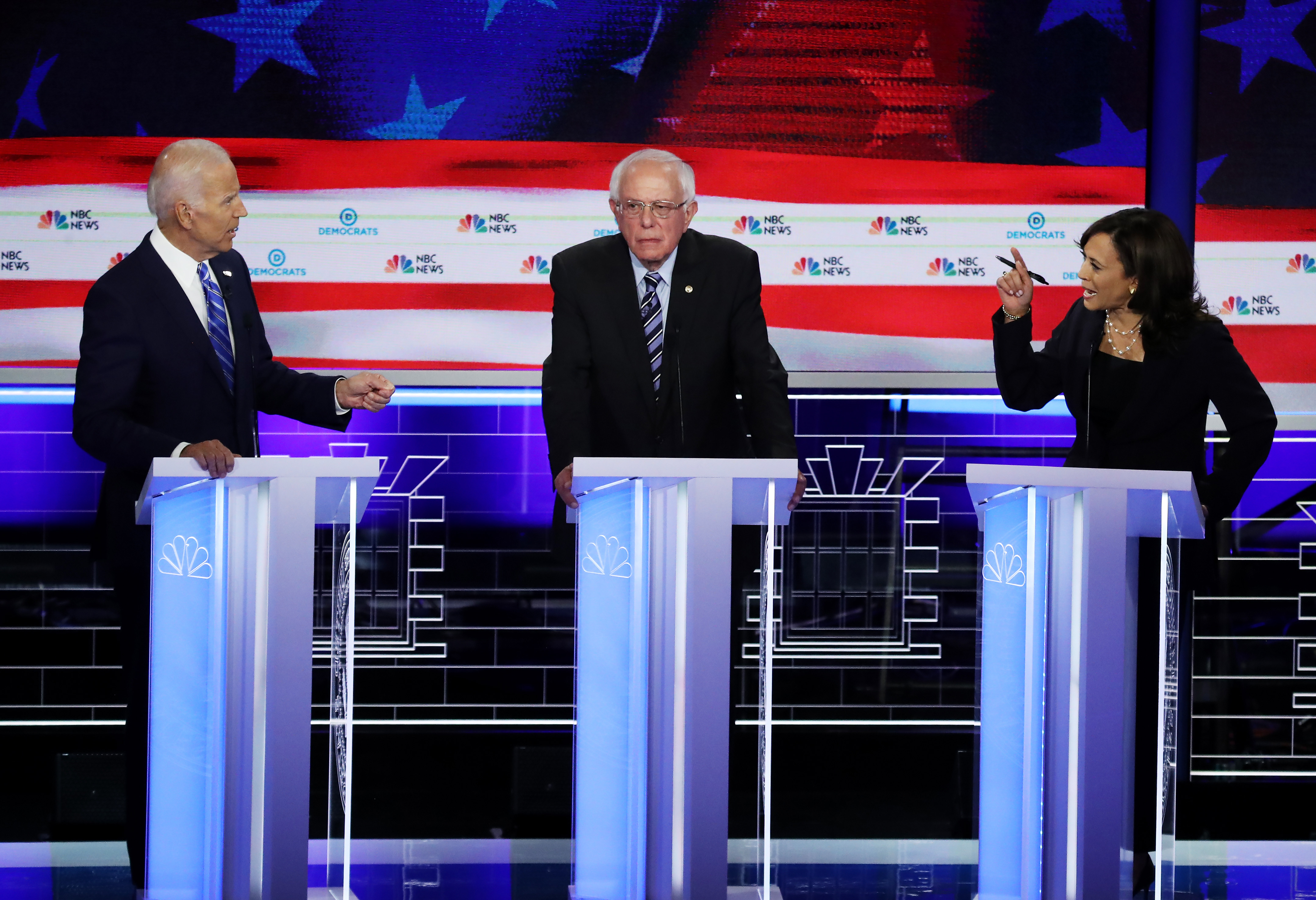 The former vice president’s lead more than doubles that of any his second, third, and fourth place challengers. Vermont Senator Bernie Sanders follows behind Biden at 15%, next is Elizabeth Warren at 12%, and Kamala Harris behind her with 10%. lead of 15%.

Lower tier candidates have between 2-5%  of the vote:

The candidates that were not listed all received one percent of the vote or less.

On Wednesday, Joe Biden warned he planned to take a more aggressive tone at the next upcoming debate.

“I’m not going to be as polite this time,” Biden said speaking at an NAACP event in Los Angeles. Biden was referring to California Democratic candidate Kamala Harris who in the second debate went after the former Vice President for his past opposition to federally mandated school busing.

Biden also referenced former President Obama in order to boost his credibility saying, “I doubt [President Barack Obama] would’ve picked me if these accusations about my being wrong on civil rights were correct.”

Joe Biden speaks at @NAACP forum: “I doubt [President Barack Obama] would’ve picked me if these accusations about my being wrong on civil rights were correct.” https://t.co/gxWfXI38ik pic.twitter.com/CCqIQKoUao

During a recent NAACP forum in Detroit, Cory Booker attributed the mass incarceration of black Americans to Biden’s past support of Clinton-era tough-on-crime legislation that passed in 1994.

“For a guy that helped to be an architect of mass incarceration, this is an inadequate solution to what is a raging crisis in our country,” said Booker.

Cory Booker on Joe Biden: “Now he’s unrolled this, unveiled his crime bill — for a guy who helped to be an architect of mass incarceration, this in an inadequate solution to what is a raging crisis in our country.” https://t.co/GAX2Tm2XYu pic.twitter.com/s2XfuLbb9u

Biden responded to the all criticisms from his Democratic opponents by saying,  “If they want to argue about the past, I can do that. I got a past I’m proud of. They got a past that’s not quite so good.”