Multiple organizations that aim to protect freedom of the press and journalists have not released statements on the Andy Ngo attack in Portland, Oregon, more than a week ago.

The Voice of America (VOA), Committee to Protect Journalists (CPJ) and The Reporters Committee For Freedom Of The Press (RCFP) have yet to publish press statements or articles on their respective websites for the Ngo attack, which happened on June 29 and left Ngo with a reported brain hemorrhage.

These organizations are designed to protect journalists’ freedom of speech and report on safety issues.

VOA launched its “Press Freedom” initiative earlier this year in an effort to tell the stories of journalists “facing threats or other repercussions” as they reports the news, according to the VOA website. VOA has yet to publish a press release or article about the attack on Ngo.

“I’m familiar with the story; uncertain if or how we might approach it. Sort of lost the ‘news’ angle with time,” Doug Bernard, VOA press freedom editor, told the Daily Caller News Foundation when asked if a statement had been released on the attack.

“Hands more than full today with new report targeting dozens of Turkish journalists and groups, including BBC and VOA,” Bernard continued. He did not respond to further questions asking to clarify why no report was issued on Ngo’s assault.

VOA and CPJ have been active in reporting freedom of the press issues that involve President Donald Trump. One week after the attack on Ngo, VOA ran a report stating that Trump’s comment at the G-20 economic summit about getting “rid” of journalists is “no laughing matter,” according to Courtney Radsch, the Committee to Protect Journalists’ advocacy director. 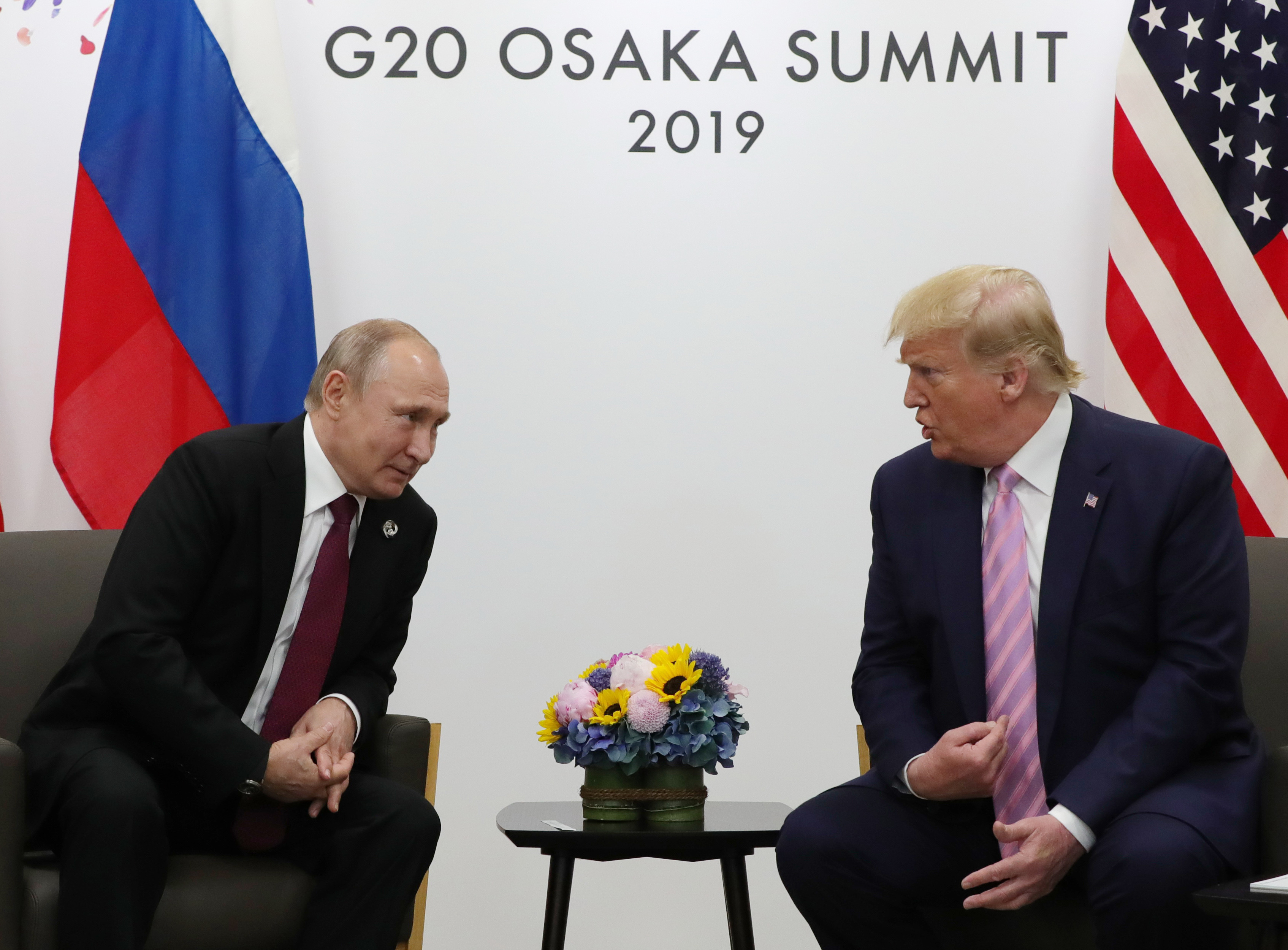 Russian President Vladimir Putin and US President Donald Trump hold a meeting on the sidelines of the G20 summit in Osaka on June 28, 2019. (MIKHAIL KLIMENTYEV/AFP/Getty Images)

Trump joked to Russian President Vladimir Putin about getting rid of journalists during their meeting in Japan last month. This joke came at a time of tense relations between the U.S. and Russia.

“Lobbing terms like fake news at journalists is no laughing matter, and it is deeply concerning to hear both President Trump and Putin yet again wielding this dangerous rhetoric,” Radsch said, according to the VOA article.

VOA is 100% taxpayer-funded, and the organization is a multimedia agency that “exemplifies the principles of a free press,” according to its website. John Lansing, the chief executive of VOA, was appointed in 2015 by former President Barack Obama’s administration.

CPJ sent the DCNF a link to an article from the U.S. Press Freedom Tracker, but has not published an article on its own website

CPJ said it “condemn[s] the attack on Ngo” and it is “unacceptable,” according to two statements issued to the DCNF. The CPJ linked to an article describing the attack on Ngo published July 1 by the U.S. Press Freedom Tracker. (RELATED: Committee To Protect Journalists Calls Attack On Andy Ngo ‘Unacceptable’)

“Unfortunately these types of attacks on journalists are all too common in the US, which is why we created the US press freedom tracker, to ensure that there was systematic documentation of such attacks,” the CPJ told the DCNF. “The tracker has documented 97 instances of journalists being physically assaulted.”

“We condemn the attack on Ngo. We have relied on the tracker to carry out the documentation, as we have in many similar cases.”

Ngo is currently an editor for Quillette. 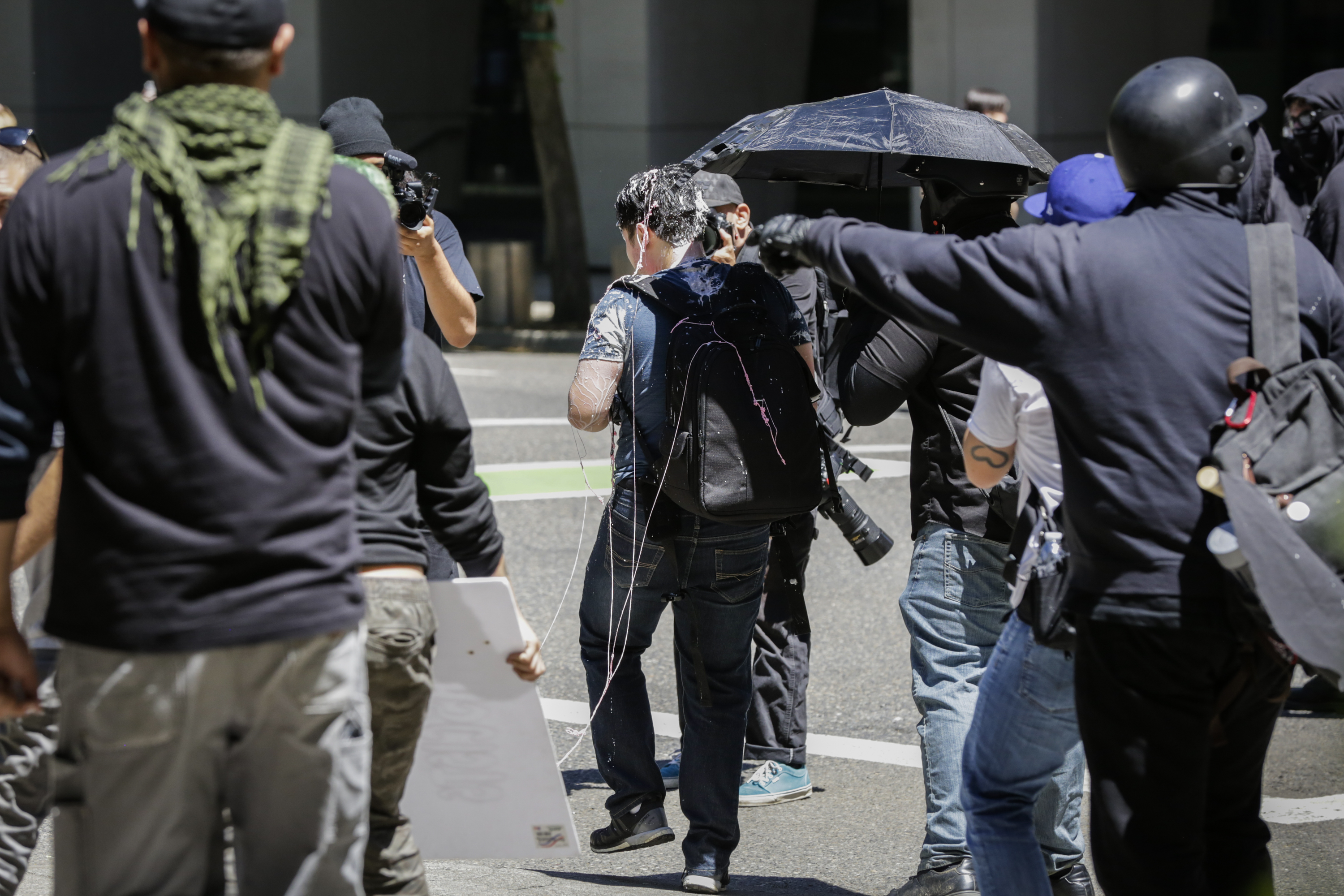 CPJ on freedom of the press issues regarding Trump

CPJ has issued multiple statements on its own website condemning Trump’s relationship with the press.

“It’s outrageous that a journalist was attacked while covering a presidential speech,” said Alexandra Ellerbeck, CPJ’s North America program coordinator in a February 2019 article about a journalist attacked at a Trump rally. “We call on President Trump to moderate his rhetoric against the press and to state clearly that physically attacking media personnel is not acceptable.”

“Through his words and actions, Trump has consistently demonstrated a contempt for the role of the press beyond offering publicity to him and advancing his interests,” said Sandra Mims Rowe, CPJ chairman, according to a statement published in 2016.

“For this reason CPJ is taking the unprecedented step of speaking out now. This is not about picking sides in an election. This is recognizing that a Trump presidency represents a threat to press freedom unknown in modern history.”

Many of the statements from CPJ were published within 24 hours of the attacks on the respective journalists.

CPJ’s North America program has also formed a database that tracks Trump’s tweets, compiling those in which the media and journalists are written about in a negative way. The database is available to the public.

RCFP did not respond to multiple requests for comment but has published a “guide” for journalists reporting on potentially violent protests.