A Delta airline pilot suspected of being intoxicated was removed from a fully-boarded plane in Minneapolis Tuesday and arrested, according to an airport spokesperson.

Pilot Gabriel Lyle Schroeder was arrested shortly before takeoff after airport authorities smelled alcohol and found he was carrying a bottle of liquor, CNN reported. (RELATED: Pilot Arrested For Allegedly Getting Hammered Before Transatlantic Flight)

Schroeder, 37, from Rosemount, Minnesota, was observed stepping away from a TSA screening line, according to Patrick Hogan, an airport spokesperson.

“The individual left the line, which drew suspicion,” Hogan said, saying that Schroeder returned to the screening line and eventually boarded the plane. 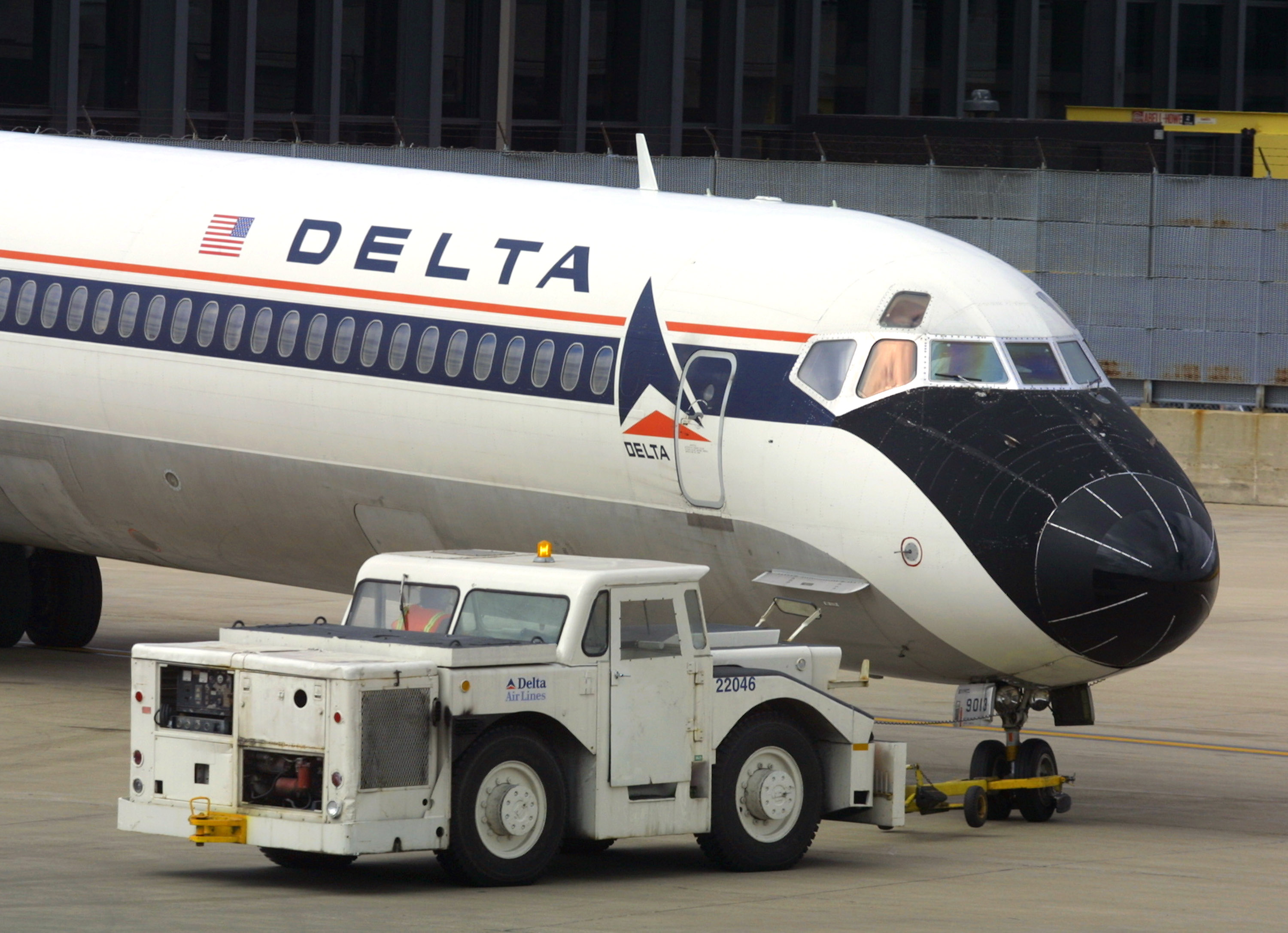 A Delta Air Lines jet pushes back from its gate. A pilot suspected of intoxication was removed from Delta flight out of Minneapolis on July 20, 2019. (Photo by Tim Boyle/Newsmakers)

TSA officers reported his suspicious behavior to Minneapolis airport police, according to KSTP.

Police removed Schroeder from the plane and conducted a sobriety check. Schroeder was arrested on suspicion of being under the influence of alcohol, Hogan told CNN.

There are no formal charges against him yet pending the results of toxicology tests, which Hogan said could take up to a week. Schroeder was released later Tuesday.

Hogan also confirmed that alcohol was found in Schroeder’s possession but he did not identify the type.

Delta Flight 1728 was due to fly from Minneapolis to San Diego. The airline delayed the flight, temporarily disembarking passengers while it regrouped.

Delta did not provide any additional details about the pilot’s history with the airline, but confirmed through spokesperson Kate Modolo that it is cooperating with local law enforcement.

“Delta’s alcohol policy is among the strictest in the industry and we have no tolerance for violation. Delta is cooperating with local authorities in their investigation,” the company said in a statement obtained by CNN.

1
Armed Citizens Stand Guard Against Looters In Minneapolis
US
2
'If Anybody Needs To Be Fact-Checked, It's The Media': Kayleigh McEnany Unloads On Jim Acosta
Media
3
George Floyd Protesters Attack Old Woman In Wheelchair While Looting
US
4
Amy Klobuchar Previously Declined To Prosecute Officer At Center Of George Floyd Death
US
5
Trump's Approval Rating Achieved Something Unprecedented. Here's What It Means For November
Analysis