Rose City Antifa claimed its attack on Andy Ngo in June as a victory for “community defense” just a few days after the assault left Ngo with a brain hemorrhage.

Journalist Andy Ngo was attacked and left with a brain hemorrhage while reporting at an Antifa rally June 29. Rose City Antifa released a statement July 3 celebrating the attack and explaining how Ngo and “the far-right mob were stopped, physically.” The actions by Antifa were cited as a means of “community defense,” according to the statement.

“On June 29, 2019, Andy Ngo tried a repeat of his actions on May 1, 2019– to film the actions of armed men on a mission to attack activists, to be used for propaganda purposes,” Rose City Antifa’s statement read. “As on May Day, this past weekend he and the far-right mob were stopped, physically.”

“The events of this weekend are what we mean by community defense. The entire community came together, using multiple tactics, and sent a premeditated attack by the far-right packing. This is exactly what should happen when the far-right attempts to invade our town.”

“What the statement does provide evidence for is that their violence is pre-meditated, they’re willing to repeat it, and they lie about their opponents in order to radicalize their followers against specific individuals,” Ngo said.

Consideration is being given to declaring ANTIFA, the gutless Radical Left Wack Jobs who go around hitting (only non-fighters) people over the heads with baseball bats, a major Organization of Terror (along with MS-13 & others). Would make it easier for police to do their job!

Trump and other lawmakers have received pushback in labeling the group a terrorist organization. Media outlets such as Vox have said far-right groups have been more violent and committed murders, suggesting that this is a reason not to label Antifa as a terrorist group.

Vox referred to Ngo as a “hostile journalist” in that same breakdown article on Antifa.

The Oregonian, Portland’s newspaper, published an article Monday on Antifa’s response condemning the resolution to label it a domestic terrorist group. The resolution “is explicitly targeting political opposition,” according to a statement from Antifa. (RELATED: Organizations For Journalists Not Reporting On The Attack On Andy Ngo After A Week)

“No one has claimed responsibility for the attack against Ngo,” the Oregonian wrote, despite Rose City Antifa having released a statement July 3 admitting to the attack.

Ngo said that the Oregonian’s report was “frustrating” because the statement by Rose City Antifa has “been out now for weeks.”

“No one has reported on it and media still says it was an ‘alleged’ or ‘unclaimed’ attack,” Ngo told the DCNF. 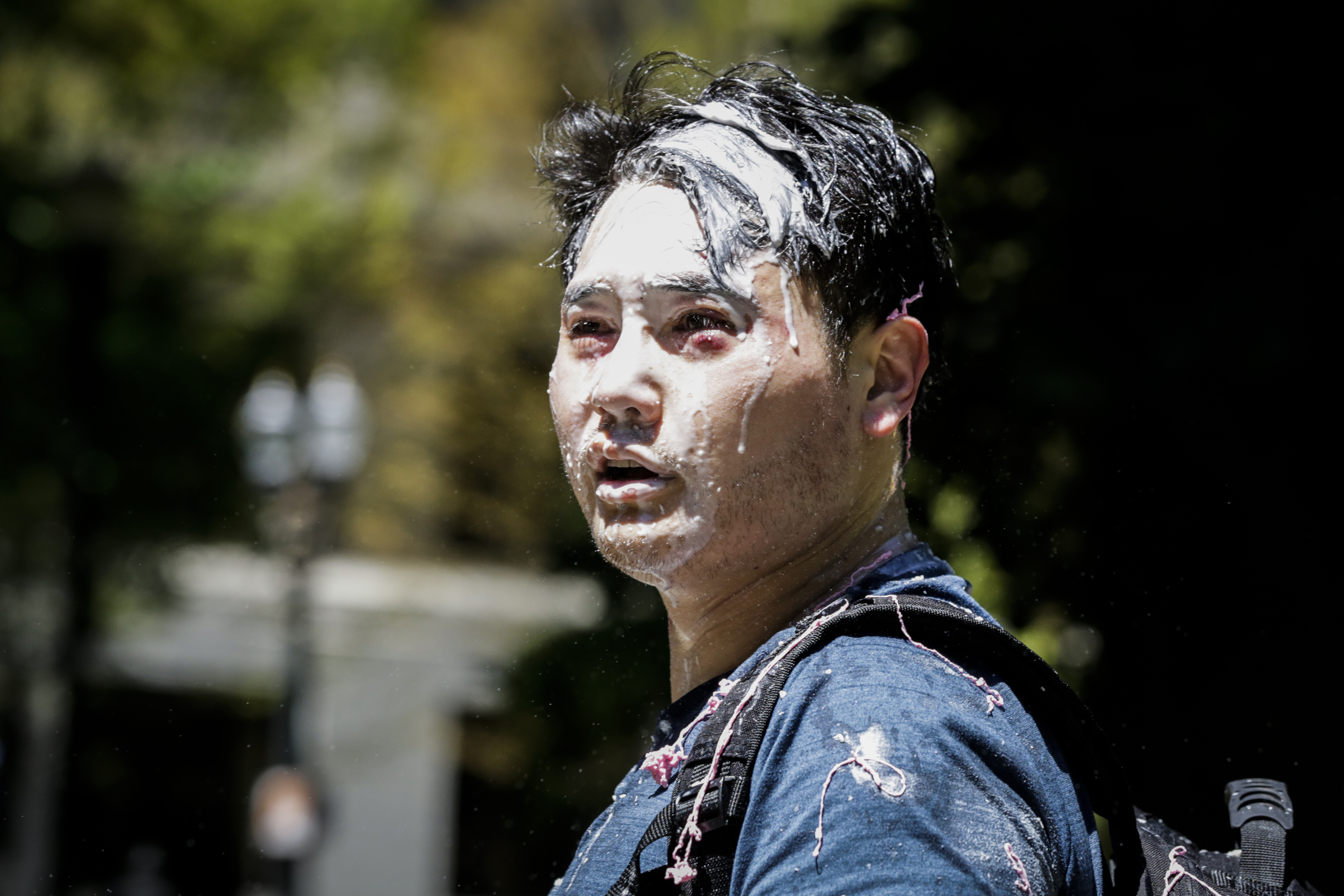 Rose City Antifa alleged that Ngo is the “unnofficial PR spokesperson” for the Proud Boys, a far-right group, and wrote in its July 3 statement that he doxxed and harassed a victim who was beaten by a group of “far-right brawlers” on May 1. This statement, which has been largely unreported, wrote that Ngo distributed that “video as propaganda to support more attacks.”

Ngo hit back on Rose City Antifa’s allegations that he promoted violence, and told the DCNF that they are “false and defamatory.”

“These accusations are false and defamatory, but of course with Rose City Antifa being an anonymous organization, no individual is going to be willing to stand behind these false statements – instead they make them anonymously behind the organization,” Ngo said.

Rose City Antifa have called for members to gather in Portland August 17 to combat the “far-Right” who plan “to invade downtown Portland, intent on staging a battle with ‘communists and leftists,'” according to a statement.

Ngo said he plans to continue reporting on Antifa despite the attack, but noted that he has “a lot of fear.”

“I have a lot of fear, absolutely,” Ngo told the DCNF. “They’ve showed they have no hesitation to use potentially deadly violence. I’m continuing to receive threats of violence—my address has been previously doxxed. Their campaign against me is meant to terrorize me into silence.”