California’s Department of Corrections and Rehabilitation website has removed public access to several key incarceration reports as a part of a site redesign.

The move, first reported by the Washington Free Beacon, comes as its former attorney general, Kamala Harris, is drawing scrutiny from fellow Democratic 2020 presidential candidate Tulsi Gabbard and others for her arrest record while in the post.

Twice a year, the CDCR releases information about the number of new individuals incarcerated in the California prison system as part of its “Offender Data Points” series. These reports provide important information on demographics, sentence length, offense type, and other figures relevant to criminal justice and incarceration.

Until recently, these reports were publicly available at the CDCR’s website. A search using archive.org’s Wayback Machine reveals that as of April 25, 2019—the most recent indexed date—ODP reports were available dating back to the spring of 2009. As of August 2019, the same web page now serves only a single ODP report, the one for Spring 2019. The pre-2019 reports have been removed. 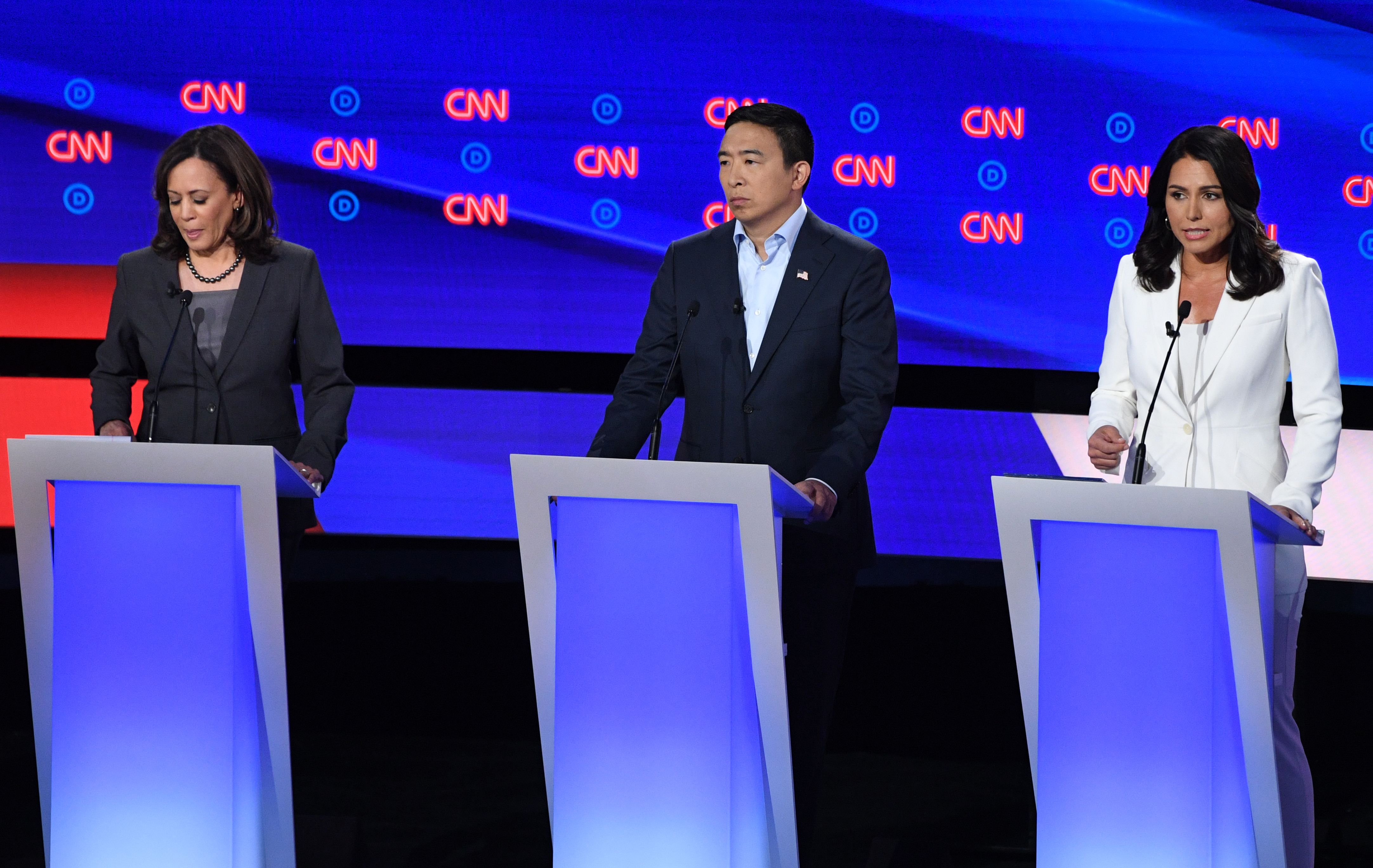 Harris, who served as the state’s top cop from 2011 to 2017, was harshly criticized by Gabbard, who demanded she apologize to the “people who suffered under [her] reign as prosecutor” during Wednesday night’s Democratic debate.

“I want to bring the conversation back to the criminal justice system that is disproportionately, negatively affecting black and brown people today,” the Hawaiian congresswoman said Wednesday. “Senator Harris says she’s proud of her record as a prosecutor and that she’ll be a prosecutor president, but I’m deeply concerned about this record of Senator Harris’.” (RELATED: Tulsi Gabbard Is Not Finished With Kamala Harris)

CDCR assistant secretary for communications Jeffrey Callison told the Free Beacon the change had nothing to do with Harris’ campaign, but rather was mandated by California law regarding web accessibility standards.

“Making our website fully compliant was a significant and ongoing undertaking,” Callison told Free Beacon. “It required a redesign of the look and feel of the website, and a need to evaluate all of the thousands of documents and other files that were linked to our website.”

Callison told the outlet that older reports are “still available upon request” by emailing data.requests@cdcr.ca.gov, and other removals are only temporary.

However, Fox News host Tucker Carlson was skeptical of the state’s motives, accusing officials of “making that information very hard to find.”

“Until recently, anybody could read these reports online,” said Tucker. “That’s called transparency because it’s our government, right? Supposedly? Not anymore. The corrections department just redesigned the website and now, all reports prior to this year, immediately including those covering Kamala Harris’ six years as Attorney general have been removed. They are no longer publicly accessible. Theoretically, you can still get those reports if you email the right person and they feel like responding. But the information is far harder to get. And of course, that’s the entire point. In California, they know that an ignorant public is much easier to control.”