Trumka was speaking to a private meeting that included representatives from each of the Democrats seeking the 2020 presidential nomination, according to a Huffington Post report published Thursday. He told the crowd that both Democrats and Republicans are beholden to big business and ignore workers’ rights.

“It’s time to do better,” Trumka said. “I believe you can. I believe you will. And working people are hungry for it. But you can’t offer campaign rhetoric or count on workers’ votes simply because you have a ‘D’ next to your name.” (RELATED: Trumka: White House Staff Made Up Of Racists And People Only Looking Out For Wall Street)

Although Trumka said it was easy to blame the Republican Party for policies that unions don’t agree with, it was time to “be honest” about the labor record of the Democratic Party.

“We are caught in a web of century-old labor laws that prioritize unchecked corporate greed over all else,” Trumka said, according to the Post. “We can blame this White House all we want. But this isn’t new.” (RELATED: Union Members Have Traditionally Supported Democrats But This Poll Shows A Dramatic Shift)

The union may also be concerned that the party is shifting away from traditional Democratic policies, and moving even further left on the political spectrum.

In March, the AFL-CIO rebuked the Green New Deal, saying it would cause “immediate harm” to average Americans. 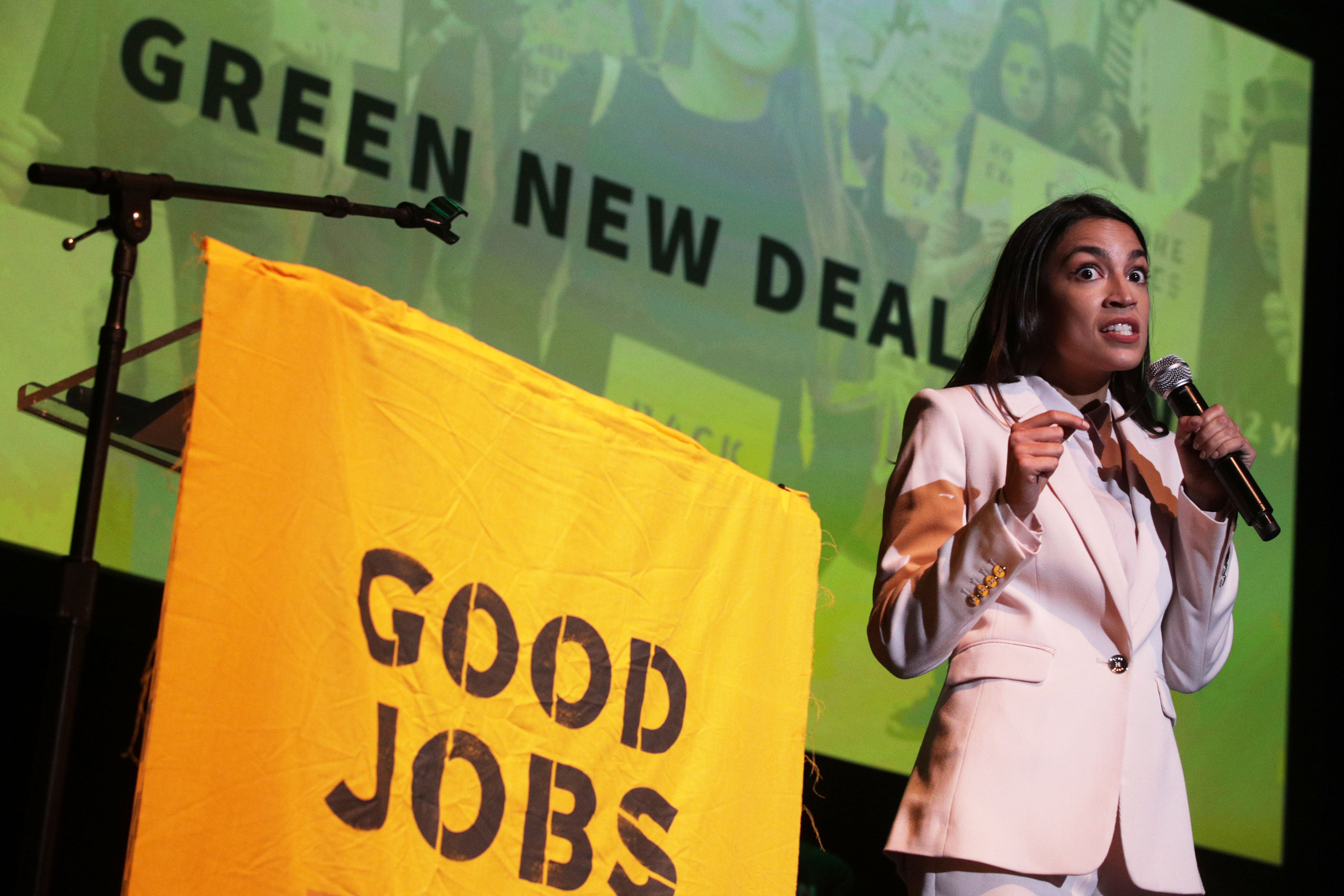 Rep. Alexandria Ocasio-Cortez (D-NY) speaks during a rally at Howard University May 13, 2019 in Washington, DC. The Sunrise Movement held an event for the final stop of the “Road to a Green New Deal” tour.(Photo by Alex Wong/Getty Images)

A report released Tuesday suggested the environmental policy that aims to ban fossil fuel use within a decade would drain $70,000 from Americans households part of five key electoral states in one year.

“You need to prove that this party is the one and only party for working people and recognize that unions and collective bargaining are the single best way to make this economy work for everyone” Trumka said, according to the Post. “Convince our members, and you’ll have the country’s largest and most effective movement for working people on your side.”

The AFL-CIO has not yet endorsed any candidate for the 2020 presidential election.