Scaramucci, who has participated in a Twitter mud-slinging battle with the president of late, attended a Southampton fundraiser for Biden that attracted some of state’s more affluent political contributors, according to the Washington Examiner. 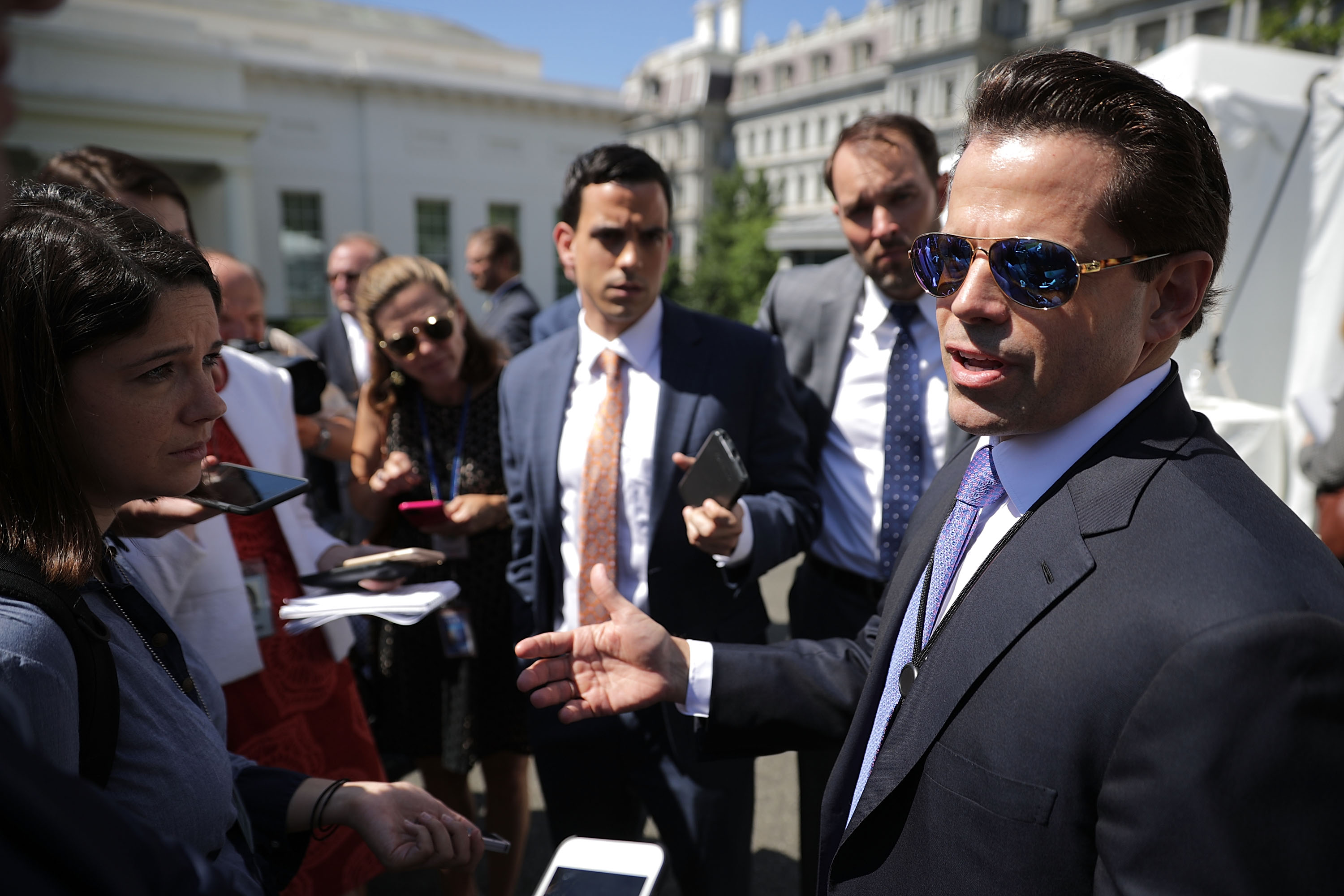 But the former Trump spokesman says that although he can no longer support his former boss, that doesn’t mean that he’s ready to support a Biden candidacy or even vote Democrat. (RELATED: Things Get Awkward On CNN When Chris Cuomo Hits Scaramucci For Past Trump Support)

“I’m a registered Republican. I haven’t switched my support to Vice President Biden, but I will be working to find a nominee to challenge Donald Trump because he’s lost his mind and we’ve got to get someone here before we lose the election in 2020,” Scaramucci told the Washington Examiner.

Scaramucci did not hold many news conferences during his scant 11 days as the communications director but he has only recently become a prominent anti-Trump voice — just this month he was touting Trump’s tough trade stance with China.

U.S. President Donald Trump speaks to the media before departing from the White House on August 21, 2019 in Washington, DC. (Mark Wilson/Getty Images)

Four days later, Scarmucci had decided that it might be time for Trump to go. (RELATED: Scaramucci And Omarosa Make Joint MSNBC Appearance To Bash Trump)

Speaking of Trump stepping down, Scaramucci insisted it might become a feasible idea while comparing the president to the Chernobyl nuclear meltdown. “Right now, it’s an unspeakable thing,” Scaramucci said. “But if he keeps it up, it will no longer be unspeakable. The minute they start speaking of it, it will circulate and be socialized. We can’t afford a full nuclear contamination site post 2020.”

Trump delivered a counter-thrust, tweeting, “Nobody ever heard of this dope until he met me. He only lasted 11 days!” On Aug. 20 Trump called Scaramucci “another disgruntled former employee who got fired for gross incompetence!”

Just another disgruntled former employee who got fired for gross incompetence! https://t.co/63VhfqQwhx