Brazil rejected an offer of $22 million in aid that was intended to help the South American country quell fires in the Amazon rainforest.

French President Emmanuel Macron announced Monday after a G7 session on climate change that the G7 leaders would give millions in aid to Brazil to help them deal with the rainforest’s fires. However, Brazil slapped down the money while throwing a jab at France’s inability to protect the Notre Dame cathedral from burning down in April.

“Thanks, but maybe those resources are more relevant to reforest Europe,” Brazilian President Jair Bolsonaro’s chief of staff, Onyx Lorenzoni, said. “Macron cannot even avoid a predictable fire in a church that is part of the world’s heritage, and he wants to give us lessons for our country?” 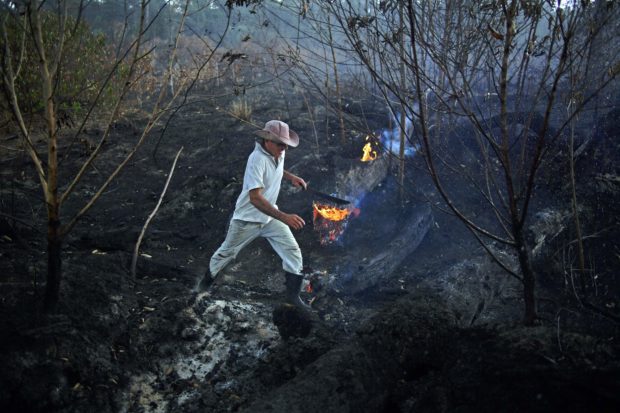 Bolsonaro has previously scoffed at the notion of accepting foreign aid, painting it as a threat to his country’s sovereignty. He also has questioned the severity of the fires currently raging in the Amazon, suggesting that the fires have been started by his political enemies in order to embarrass him. (RELATED: Celebrities, Politicians Share Misinformation As They Spread Fear Over Amazon Fires)

“On the question of burning in the Amazon, which in my opinion may have been initiated by NGOs because they lost money, what is the intention? To bring problems to Brazil,” Bolsonaro claimed.

Researchers at the University of Maryland found that the fires were likely started by farmers who are attempting to raze the land to prepare for next year’s agricultural season.