A lawsuit filed in August alleges that a veteran was killed in a Veterans Affairs (VA) hospital after someone injected him “with a fatal dose of insulin.”

The Armed Forces Medical Examiner ruled Felix Kirk McDermott’s death a homicide, and is one of 11 suspicious deaths at the Louis A. Johnson VA Medical Center in West Virginia. A “person of interest” is no longer able to contact patients at the hospital, according to a statement from Democratic Sen. Joe Manchin, CNN reported. Manchin is a member of the Senate Committee on Veterans’ Affairs.

McDermott, an 82-year-old veteran, died at the hospital because he was allegedly “injected with a fatal dose of insulin, either negligently or willfully, by an unidentified person” while he was a patient there, a lawsuit from the family claims.

“I thought my dad was safe there,” Melanie Proctor, McDermott’s daughter, said according to USA Today.

Around nine or 10 other patients died from low blood sugar before April 9, 2018, and the employees knew about the deaths, the claim reads. (RELATED: ‘She Knocks The Country, She Knocks The President:’ Veterans Criticize Ocasio-Cortez Over Community Meeting) 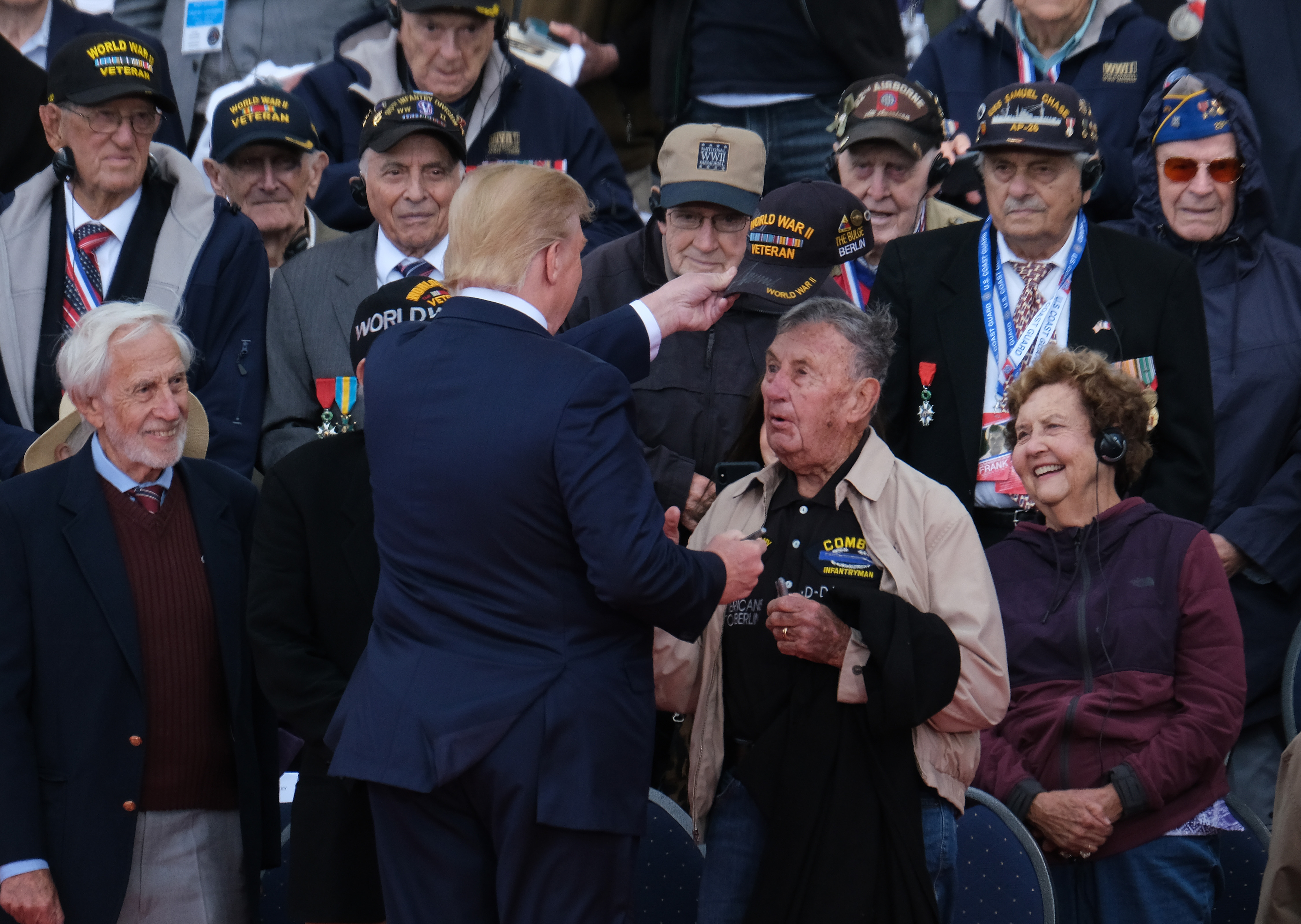 U.S. President Donald Trump tips the cap of a U.S. veteran of the Battle of Normandy as other veterans look on during the main ceremony to mark the 75th anniversary of the World War II Allied D-Day invasion of Normandy at Normandy American Cemetery on June 06, 2019. (Sean Gallup/Getty Images)

“Each of these nine or ten patients had received a large and wrongful injection of insulin in the abdomen that was neither ordered by a doctor or medically necessary,” according to the claim, CNN reported.

VA’s Office of the Inspector General is working with law enforcement agencies and investigating the deaths, a statement reads.

“If the medical examiner’s conclusion is correct, Felix Kirk McDermott was murdered while he was in the care and custody of of the Louis A. Johnson VA Medical Center despite the VAMC being on notice of the previous wrongful injections,” the statement reads, CNN reported.