Pope Francis said that he is “honored that the Americans attack” him, referring to conservative criticism of the pontificate in a new book.

French Catholic journalist Nicolas Senèze presented Pope Francis with his book “How America Wants to Change the Pope” (Comment L’Amérique veut changer de Pape) aboard a flight from Rome to Maputo, Mozambique, according to America Magazine. The pope told Senèze that he had tried to obtain a copy of the book after reading about it but had not yet been able to.

Pope Francis reportedly handed the book to an aide and said with a smile, “This is a bomb!” (RELATED: Here’s What We Know About Cardinal McCarrick, Pope Francis And The Figueiredo Report) 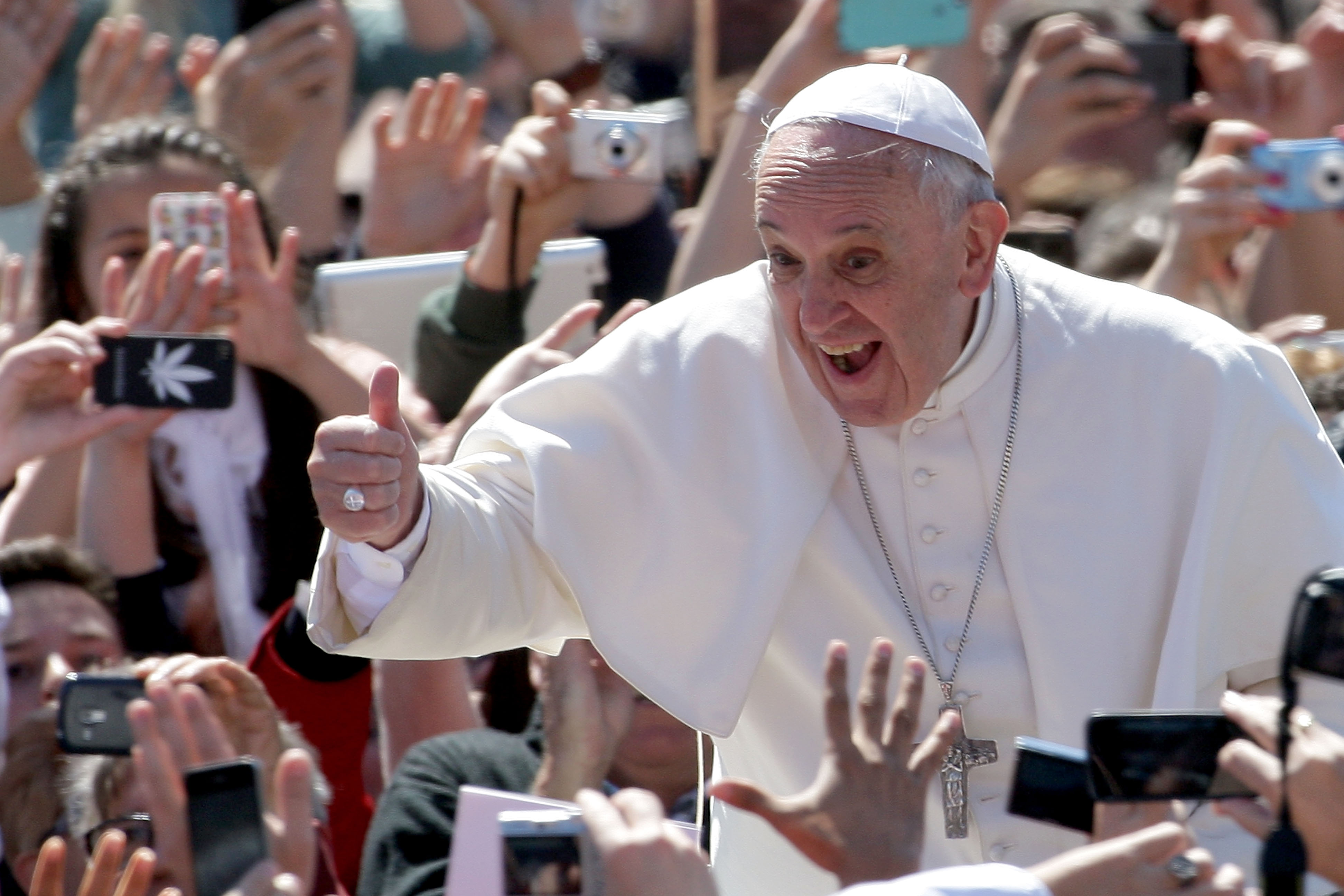 VATICAN CITY, VATICAN – APRIL 20: Pope Francis greets the faithful as he holds Easter Mass in St. Peter’s Square on April 20, 2014 in Vatican City, Vatican. Pope Francis is attending the Holy Week for his second time as a Pontiff. (Photo by Franco Origlia/Getty Images)

“In an informal context, the pope wished to say that he always considers criticisms as an honor, particularly when they come from authoritative thinkers, and in this case from an important nation,” Vatican spokesperson Matteo Bruni said to journalists, the publication reports.

Pope Francis has been criticized for his relationship with disgraced Cardinal McCarrick — who blamed conservatives in an interview with Slate for the dozens of “credible” accusations of sexual assault the defrocked cardinal has been accused of.

“I’m not as bad as they paint me,” McCarrick said in an interview with Slate published Tuesday. “I do not believe that I did the things that they accused me of.”

McCarrick also told Slate that he has “great affection and respect for the Holy Father.”

Pope Francis said in a June interview with the New York Times that he knew nothing about McCarrick’s alleged sexual misconduct before an investigation revealed accusations.

“About McCarrick I knew nothing. Obviously, nothing, nothing,” he said.

His statements raised concerns as the letters released by Monsignor Anthony Figueiredo, former secretary to McCarrick, suggest Vatican officials might have been aware of claims concerning McCarrick’s alleged misconduct, as well as his punishment and subsequent continued public profile.

The pope previously refused to comment on McCarrick in an interview when asked about whether Vigano had informed him of the alleged abuse, and whether his predecessor had sanctioned McCarrick.

“I will not say a single word about this,” Francis said in August 2018. “I believe the statement speaks for itself. And you have the sufficient journalistic ability to make your conclusions. It’s an act of trust.”