Justice Neil Gorsuch shared a personal account of his Supreme Court confirmation ahead of his latest book’s debut, bemoaning the loss of his anonymity as he expressed gratitude for the chance to perform public service at the highest level.

Gorsuch’s book, “A Republic, If You Can Keep It” is out Tuesday from Crown Forum. The Daily Caller News Foundation published an excerpt from the book Sept. 4.

“I lost my anonymity in the confirmation process,” Gorsuch told the National Law Journal. “I didn’t know how valuable anonymity was until I lost it. Everywhere I went at that time, people would stop me and I felt a real loss.”

“But when you lose something, I’ve found God often gives you something in return if you just look hard enough for it,” the justice added. “And what I got in return was the opportunity to witness how much the American people love their country and want their government, their courts, to succeed.”

Gorsuch’s Colorado homestead provided a striking setting for the rapid transformation of the justice’s life. As the selection process reached its final stages, the national press queued near Gorsuch’s home in Niwot, Colorado — population approximately 4,000. White House aides were unable to reach the Gorsuch home without attracting the press’s attention, while Gorsuch was unable to leave without generating a frenzy.

Ahead of their departure to Washington for the nomination announcement, a neighbor drove Gorsuch and his wife Louise up a narrow, unpaved farm track to avoid the media scrum. That maneuver was something of an improvisation. The justice had earlier rejected a plan to hike approximately one mile to a remote trailhead where he would meet administration handlers. Instead, a neighbor agreed to smuggle the couple out in his car, before proposing an alternative plan. (RELATED: Judge Restores Nationwide Injunction As Supreme Court Weighs Trump’s Asylum Restrictions) 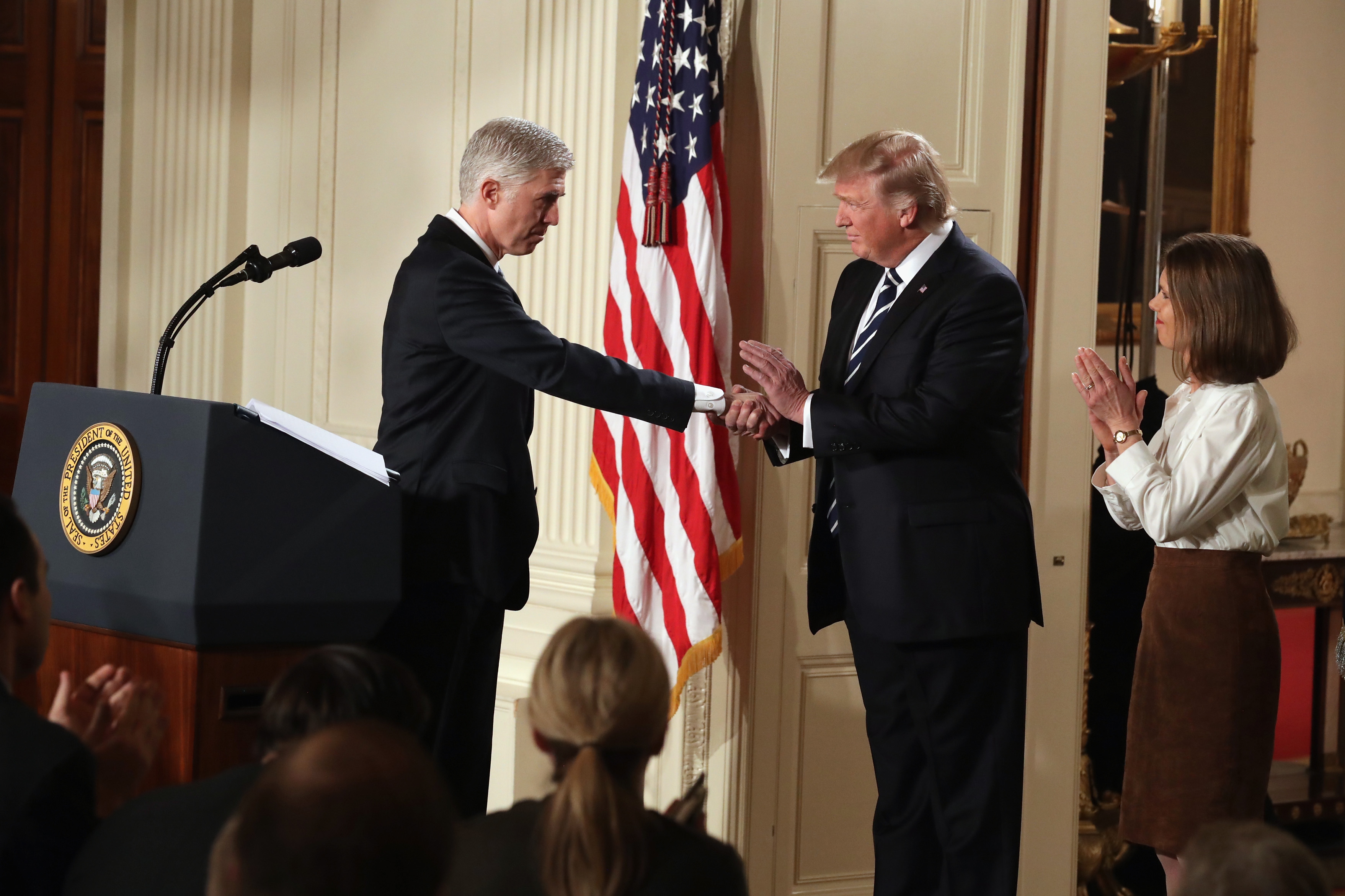 “My friend pointed to a path that led from the back of a neighbor’s house to a nearby commercial barn and said he had managed to drive it before,” Gorsuch wrote. “‘I grew up in Iran during the revolution, and I learned a thing or two there,'” he continued. “‘And I would never buy a house with only one escape route.'”

“So I fled my house — and, temporarily, the spotlight — by way of a bumpy farm track,” Gorsuch added. “My neighbor and I came to call our experience the Escape from Lookout Ridge.”

The justice was ultimately flown to the capital on a military aircraft. After arriving at the White House, he waited for the announcement ceremony in the Lincoln Bedroom, where he prepared remarks on his Supreme Court nomination.