Multiple news outlets have connected six vaping-related deaths in states across the country to general e-cigarette use in their articles and headlines, but the cause is likely the inhalation of THC and vitamin E.

The Centers for Disease Control and Prevention (CDC) reported on Sept. 6 that it is aware of over 450 nationwide cases of a fatal vaping-related illness called lipoid pneumonia that it describes as a certain type of non-infectious pneumonia. It is likely caused by inhaling illicit or bootleg THC oil containing vitamin E with an e-cigarette.

“There are apparently elaborate distribution channels by which one person will order products in bulk from a wholesaler (I’ve heard California is a major source) and then sell/distribute them to others,” he explained.

But media outlets are reporting these illnesses as if they are related to general, nicotine-based vaping, which may mislead people as to the actual root of this issue. Some headlines and TV chyrons have excluded THC as a crucial link to the illness, even if the articles that follow do include it as a likely cause:

The Daily Beast wrote, “The CDC said it’s been investigating the outbreak of ‘severe pulmonary disease’ associated with e-cigarettes” but did not include any mention of THC or vitamin E. A BBC article titled “What’s behind a vaping illness outbreak in the US?” makes no mention of THC oil.

CDC Incident Manager Dr. Dana Meaney Delman says the six deaths confirmed in Kansas, Indiana, California, Minnesota, Illinois and Oregon cannot be officially linked to a specific device or substance. She did note, however, that “many of these patients reported recent use of THC-containing products and some reported using both THC- and nicotine-containing products.”

So far, there have been at least 5 deaths from vaping — investigators have found a link between oil in vape carts and lung illness pic.twitter.com/AwhHRWBFvK

Another doctor from North Carolina included in the CDC report said that “all the patients” she and her team saw “had used or consumed THC through their vaped, vaping devices through the e-cigarette. And that seemed to be a common feature. Some used smoked THC as well. And most used nicotine-containing products, as well.”

A Food and Drug Administration (FDA) report found that “many of the samples tested by the states or by the FDA as part of this ongoing investigation have been identified as vaping products containing tetrahydrocannabinol (or THC, a psychoactive component of the marijuana plant).”

“Further, most of those samples with THC tested also contained significant amounts of Vitamin E acetate … a substance present in topical consumer products or dietary supplements, but data are limited about its effects after inhalation,” the report continued, adding, “no youth should be using any vaping product, regardless of the substance.” 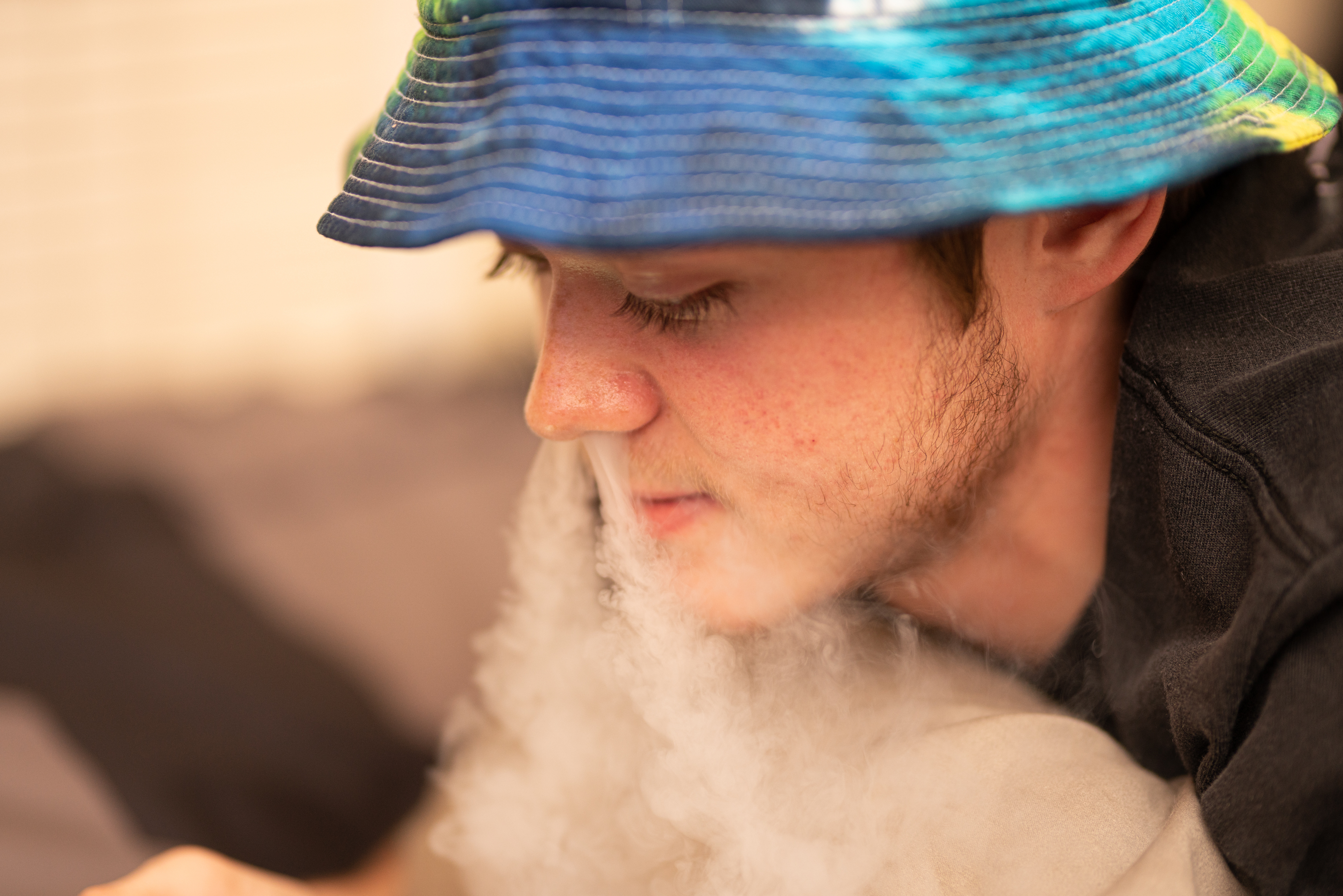 “Unless you are buying the e-liquid from a licensed dispensary, you have no idea what is in the product and it could easily be contaminated, have residual solvents, have pesticides, or have dangerous cutting agents like the Vitamin E acetate oil that has been detected in many of the products obtained by the FDA,” Siegel told the DCNF.

Siegel told the Daily Caller’s Vince Coglianese on WMAL’s “Mornings on the Mall” radio show earlier on Tuesday, “I think there is a mistake, which is that health agencies are being far too vague in describing this outbreak.” (RELATED: FDA Goes After Vaping Companies That Paid Social Media ‘Influencers’)

“The CDC is basically giving advice saying, ‘Don’t vape anything,’ and I think that’s irresponsible because this is a really being deal caused by black-market THC products that are filled with oil. You should not be vaping any oil because we know that the oil goes into the lungs and basically coats the lungs, and they can’t work,” Siegel explained.

He went on to explain that some people who have “long-standing bias against electronic cigarettes and against the idea of vaping in the first place” would rather report against vaping that the truth, “which is that the young people who are getting sick are getting sick because they bought marijuana products to vape over the black market from essentially illegal drug dealers.”

Siegel said that without telling people that they should avoid illicit THC oil and products specifically, “the message is just not coming across clearly enough to our nation’s youth about the dangers of using marijuana that’s not regulated.”

A 2018 FDA study found the number of kids under 18 who had vaped within a month when the study was conducted rose from 1.5 million in 2017 to 3.6 million in 2018. More than 3 million kids who reported vaping in the last month were in high school and the other 600,000 were in middle school.

“These new data show that America faces an epidemic of youth e-cigarette use, which threatens to engulf a new generation in nicotine addiction,” head of the U.S. Department of Health and Human Services Alex Azar said in a statement, according to Quartz.