NPR’s newly named chief left a previous job after dumping $10 million in stocks after a federal investigation against the company was launched, according to documents reviewed by the Daily Caller News Foundation. Experts said he likely knew of the probe and that his behavior could amount to insider trading.

From 2004 to 2013, John Lansing was the president of Scripps Networks, a cable TV conglomerate. NPR’s current chief and board member, Jarl Mohn, was on the board of Scripps during the investigation and stock sales.

In 2015, former President Barack Obama appointed Lansing to lead the $750 million-a-year Broadcasting Board of Governors (BBG), which oversees government-run media including Voice of America and radio operations in Cuba. Lansing, who was named NPR’s president and CEO Sept. 5, ran the BBG into the current administration after President Donald Trump’s nominee was blocked.

Scripps was the subject of a Securities and Exchange Commission (SEC) probe that was opened on May 2, 2012, according to records obtained by Probes Reporter. The records do not explain the nature of the potential misconduct by Scripps executives being investigated. Complaints lodged are not made public.

But five days after the probe began, on May 7, Lansing appeared to sell all of his 18,527 existing shares of stock in the company, according to SEC filings. He still possessed stock options giving him the ability to buy stock at less than half price, and on the same day, he exercised options to obtain another 46,543 shares and sold all of them as well, the filings show.

It is unusual for a corporate executive to dump shares of his company so aggressively, and it can signal insider trading when it comes after a negative development that is not known publicly, two former SEC officials, Marina Baranovsky and Peter Haller, told the DCNF.

On Dec. 21, 2012, Lansing became entitled to 30,426 more shares and sold all of them within five days. In all, in 2012 Lansing sold $10 million in stock, the SEC records show. The former SEC officials say Lansing, but not the public, would have known the company was under federal investigation.

Also on Dec. 21, 2012, Lansing’s employment contract was modified. Previously, he would receive severance benefits triggered by “good reason termination” if the board took adverse action against him in the absence of severe misconduct. Under the modification, he’d get the same “termination” severance if he retired, as long as he gave 90 days notice.

In September 2013, Scripps announced that “John F. Lansing is retiring after nine years as head of the company’s Scripps Networks operating division. He will continue his association with the company on a consulting basis for an extended period of time.”

His last day of full service would be Oct. 1, and he would receive severance and accelerated vesting of stock options under “good cause termination.” His “termination payments” amounted to nearly $13 million, including $4.1 million in “cash severance” plus stock benefits, SEC records show.

The severance would be paid even though Lansing’s original employment agreement was set to expire on its own two months later in December when he would still be working at Scripps anyway as a consultant.

His separation agreement also acknowledged that Lansing would take a new job in the cable industry, meaning it was not a retirement.

“He gets paid more than they originally agreed, plus he gets a consulting gig afterwards? It almost looks like a payoff, but the question is what were they being paid off for?” Baranovsky, a former SEC senior risk analyst and a financial industry regulatory compliance consultant, told the DCNF.

There was one potential advantage to the board of having Lansing sign papers to end his contract a few weeks early in exchange for a hefty payout. The deal required Lansing to sign confidentiality clauses, a “release of claims” and a “false claims representation” in which Lansing was required to assert that he knew of no wrongdoing by anyone in the company.

“Executive certifies that to the best of his knowledge, information and belief, no member of management or any other employee (including himself) who has a significant role in the Company’s internal control over financial reporting has committed any fraud,” it said. 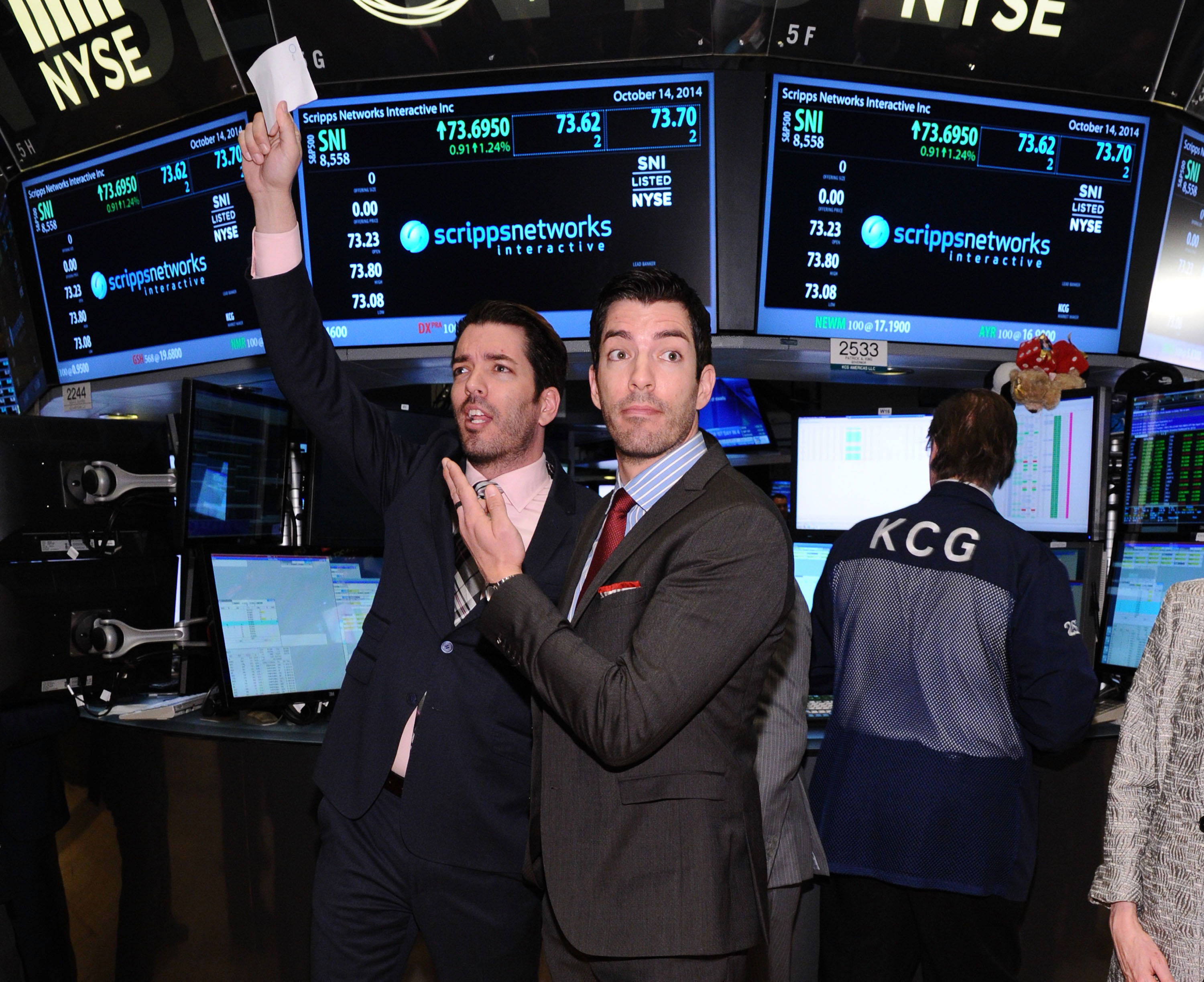 “This type of behavior definitely raises several red flags” about potential insider trading, Baranovsky said. “The timing of selling of the shares is very curious. It definitely seems like a panic sell.”

She said Lansing would have known of an SEC investigation. “SEC investigation letters are usually sent to the company’s senior management with immediate notification of General Counsel, as well as the Board of Directors,” she said.

Baranovsky also said the board had a duty to conserve shareholders’ money: “What was their reason for compensating these guys in such a lavish way?”

Scripps Networks Interactive was spun off of newspaper company E.W. Scripps in 2008 in order to sell the TV networks to a different company, since the Scripps patriarch prohibited the parent company from selling its newspapers. But other companies that explored acquiring the new firm during Lansing’s term as president, such as Disney, did not move forward.

Haller, a former SEC official and former senior counsel on the House Financial Services Committee, told the DCNF that “the sale of all shares in a rapid manner just days after learning about an SEC probe of his company deserves close scrutiny. I also expect the board to have concerns when the CEO is dumping shares as fast as he gets them.”

He noted that top executives often use “10b5-1 plans,” drafted by the general counsel, that say in advance what strategy will be used to buy and sell shares, insulating them from charges that their trades were the result of recent events known only to insiders. “It’s hard to imagine a 10b5-1 plan that scheduled sales of all shares upon receipt — urgency would raise questions,” he said.

Lansing did not respond to questions submitted to him through his government agency.

After a short stint as president and CEO of the Cable Television and Marketing Association, the Obama administration in August 2015 named Lansing as CEO of the Broadcasting Board of Governors, whose previous executive, Andy Lack, stepped down to become chairman of NBC News.

The New York Times reported at the time that the government broadcasting agency had been criticized for not effectively counteracting propaganda from Russia and the Islamic State.

“The day-to-day running of international broadcasting operations was overseen by a nine-member board that had become known more for its dysfunction than for managing broadcast programs that reach more than 215 million people around the world every week,” the Times said.

“Now, with Mr. Lansing in charge, the feeling at the agency is that the broadcasting board will be better positioned to continue its overhaul and more forcefully engage international rivals like China and Russia in the high-stakes information war,” the Times said.

Lansing seemed to both burrow into entrenched Washington and benefit from its dysfunction. (RELATED: Toxic Culture At Voice Of America Exposed In Discrimination Lawsuit)

He led a revamping that renamed the Broadcasting Board of Governors to the U.S. Agency for Global Media. Organizational changes meant that while no Senate confirmation had been required for Lansing to take the top role under the Obama administration, it would be required for his successor in the Trump administration.

Trump nominated Michael Pack to lead the agency, but then-Sen. Bob Corker, a Tennessee Republican who was often at odds with Trump, blocked the nomination and pushed legislation that limited Trump’s control over the agency.

Corker departed the Senate, but Lansing remained at his post — an Obama holdover with a questionable past, heading a leading information agency that has been criticized for liberal bias.

Lansing’s chief strategy officer, Haroon Ullah, pleaded guilty in June to stealing more than $40,000 from the agency. A faction of past and current employees created a blog dedicated to problems at the agency and is highly critical of Lansing.

The SEC investigation was closed on March 20, 2013, records show.

The investigation was begun under the director of the SEC’s Division of Enforcement, Robert Khuzami. There is no public indication of sanctions against the company from the investigation itself or of the SEC investigating potential insider trading relating to executives dumping stocks.

Khuzami would later be tied to much more aggressive tactics when it came to Trump associates. By 2018, Khuzami was the deputy U.S. attorney in the Southern District of New York during the raid of the office of Trump’s former lawyer, Michael Cohen. U.S. Attorney Geoffrey Berman had recused himself because he was appointed by Trump, leaving Khuazmi the next highest-ranking person. 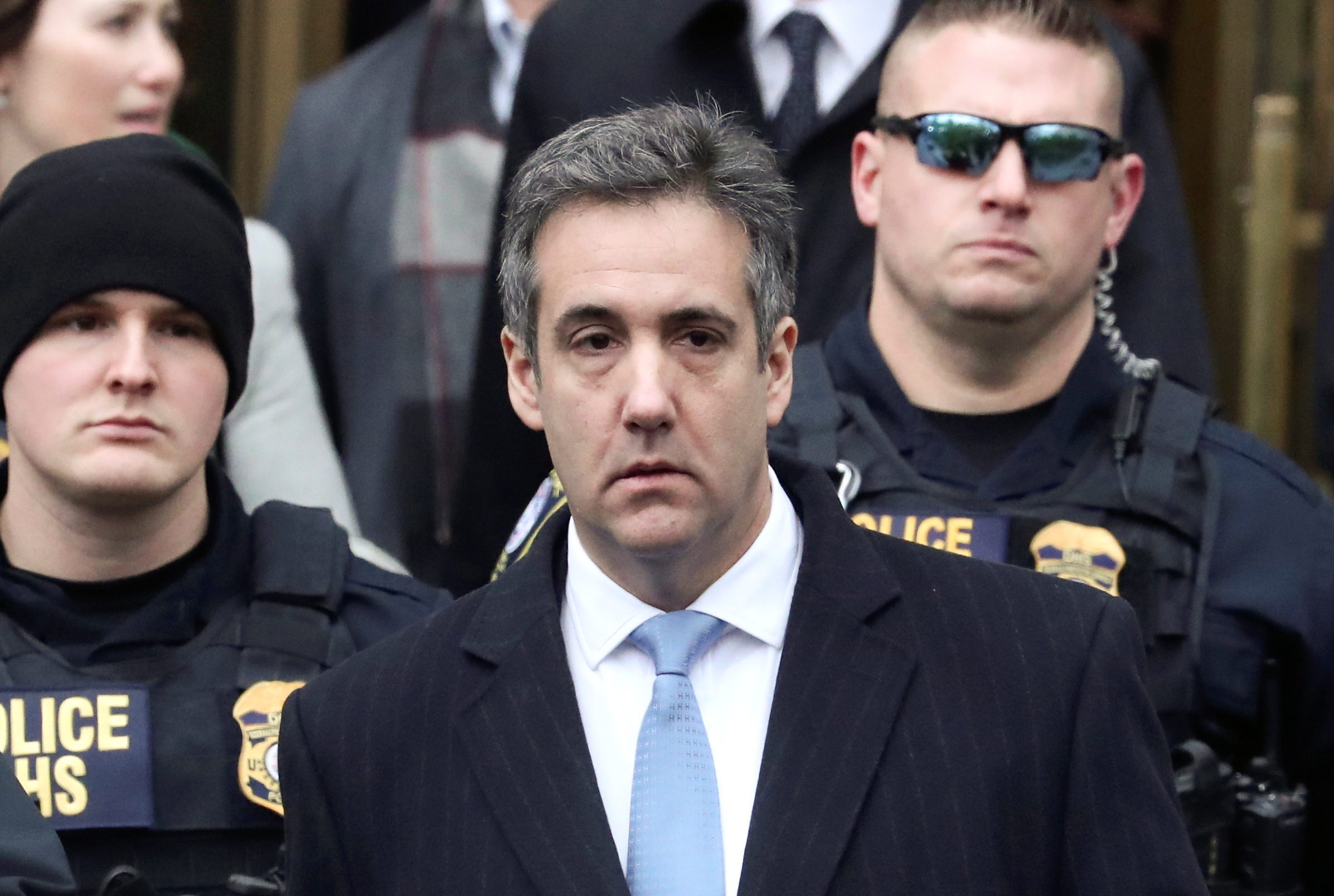 Scripps Networks Interactive owned TV channels like HGTV and the Food Network. In March 2018, Discovery Inc., which owns the Discovery Channel, acquired it for $12 billion.

The SEC investigation began on May 2, 2012, but SEC investigations are preceded by a 60-day preliminary investigation period during which it is called a “Matter Under Inquiry.” Companies would generally be aware of the SEC’s interest in a matter at this stage, the former SEC officials said.

On March 29, 2012, during this period, Scripps said it would begin a search to replace its general counsel, A.B. Cruz, the executive who signed SEC forms. On Nov. 14, 2012, it said in a press release that Cruz was resigning from the company to work as deputy director of maritime operations at a Navy base.

He left Scripps on Dec. 14, 2012. He later went on to serve as an executive at USAA, a Fortune 100 military-oriented financial institution.

An SEC filing shows Cruz received a full severance payout of $2.2 million and accelerated stock vesting worth millions more — even though according to his contract, if he resigned, he should have received no severance and should have forfeited unvested stock and options awards.

Cruz’s contract would have expired on Dec. 31, so Scripp’s board appeared to pay millions of dollars to terminate Cruz two weeks before it would have ended without penalty. However, as with Lansing, the golden parachute came with strings, including an identical “release of claims.”

The company’s next annual filing says, “Cruz was separated from the Company effective December 14, 2012, pursuant to which, among other things, we paid him the severance benefits due under his employment agreement in the event of termination without Cause and provided for full vesting of his equity awards. In consideration for such benefits, Mr. Cruz was required to sign a Release of Claims, and remains obligated to comply with the non-compete, non-solicit, non-disparage and non-disclosure provisions of his original employment agreement.”

Baranovsky said that the boards of publicly traded companies normally seek to avoid the turmoil of multiple executives leaving in rapid succession and that the departure of both the president and general counsel was another sign of trouble.