The New York Times tweeted and then deleted a comment Wednesday about the 9/11 attacks that suggested airplanes, not terrorists, were responsible for killing almost 3,000 people.

The article is about “remembering those lost 18 years ago on 9/11,” when terrorists overtook multiple planes and crashed them into the World Trade Center and the Pentagon. Another plane crashed into a Pennsylvania field after citizens on board tried to take down the terrorists.

“18 years have passed since airplanes took aim and brought down the World Trade Center,” the NYT original tweet read. Terrorists were responsible for the 9/11 attacks, not airplanes. (RELATED: Trial Date Set For Men Charged With 9/11 Attacks) 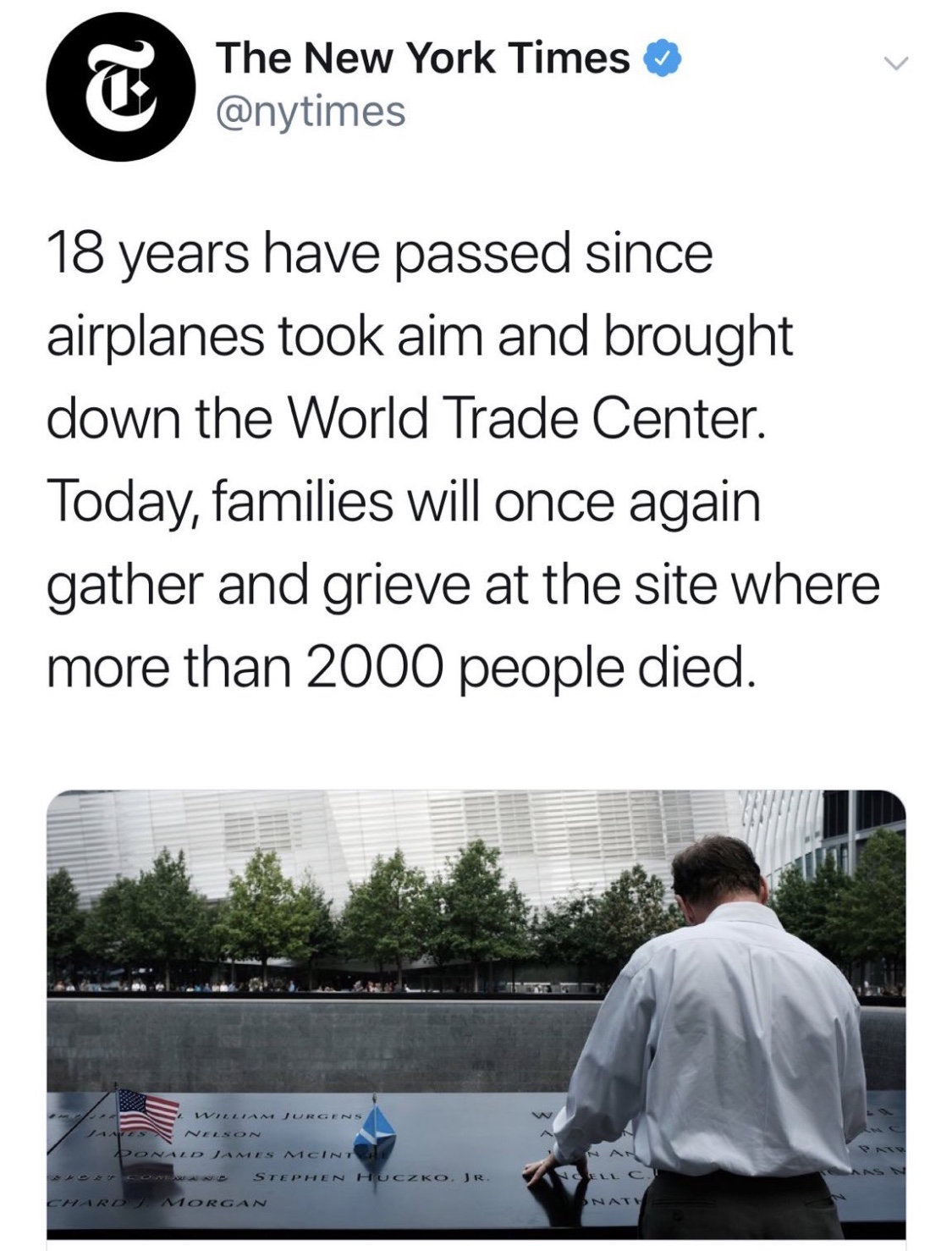 The NYT first tweeted out a 9/11 story and wrote that “airplanes took aim” at the World Trade Center 18 years ago. (Screenshot Twitter, The New York Times)

The tweet was deleted shortly after, and the NYT wrote that the tweet and story had been “edited for clarity.” The article was changed shortly after to reflect that terrorists were responsible for killing almost 3,000 people.

The new tweet reads that “18 years after nearly 3,000 people were lost, families of those killed in the terror attacks will gather at the 9/11 memorial. There will be a moment of silence at 8:46 a.m., then the names of the dead — one by one — will be recited.”

Before being edited, the NYT article also read that “airplanes took aim at the World Trade Center and brought them down.” It now reflects that terrorists overtook the airplanes.

The NYT article reflected its tweet before being edited, suggesting planes were responsible for the attacks. (Screenshot The New York Times)

After announcing the story and tweet had been changed “for clarity,” the NYT began to receive pushback on social media.

The New York Times did not immediately respond to a request for comment.