The backlog of active cases within the U.S. immigration court system surpassed 1 million, revealing the government’s lack of available resources to deal with the immigration crisis, according to a records clearinghouse.

The court’s active backlog at the end of August 2019 was 1,007,155, according to case-by-case court records the Transactional Records Access Clearinghouse (TRAC), an immigration research group by Syracuse University, flagged. There are another 322,535 cases which the immigration courts have deemed pending, but have yet to place them on the active caseload rolls. If the courts place these additional cases on the rolls, then the backlog number would pass a whopping 1.3 million.

“During the first eleven months of [fiscal year] 2019, court records reveal a total of 384,977 new cases reached the court. If the pace of filings continues through the final month of this fiscal year, [fiscal year] 2019 will also mark a new filing record,” TRAC wrote in its analysis.

The Trump administration has attempted to provide immigration courts with more resources to deal with the wave of asylum applications at the U.S.-Mexico border. President Donald Trump signed a bi-partisan border emergency bill in July that provided $4.6 billion to various Homeland Security agencies, including additional funds for the Executive Office for Immigration Review.

The president has tried to provide relief to understaffed immigration courts by undercutting migrants’ ability to lodge asylum claims. A rule by the administration mandates that asylum seekers must first be denied protected status in a country that they pass before they can lodge a claim in the U.S. (RELATED: Immigration Chief Says Rollout Of New Asylum Rule Will Be ‘Measured In Days, Not Weeks’) 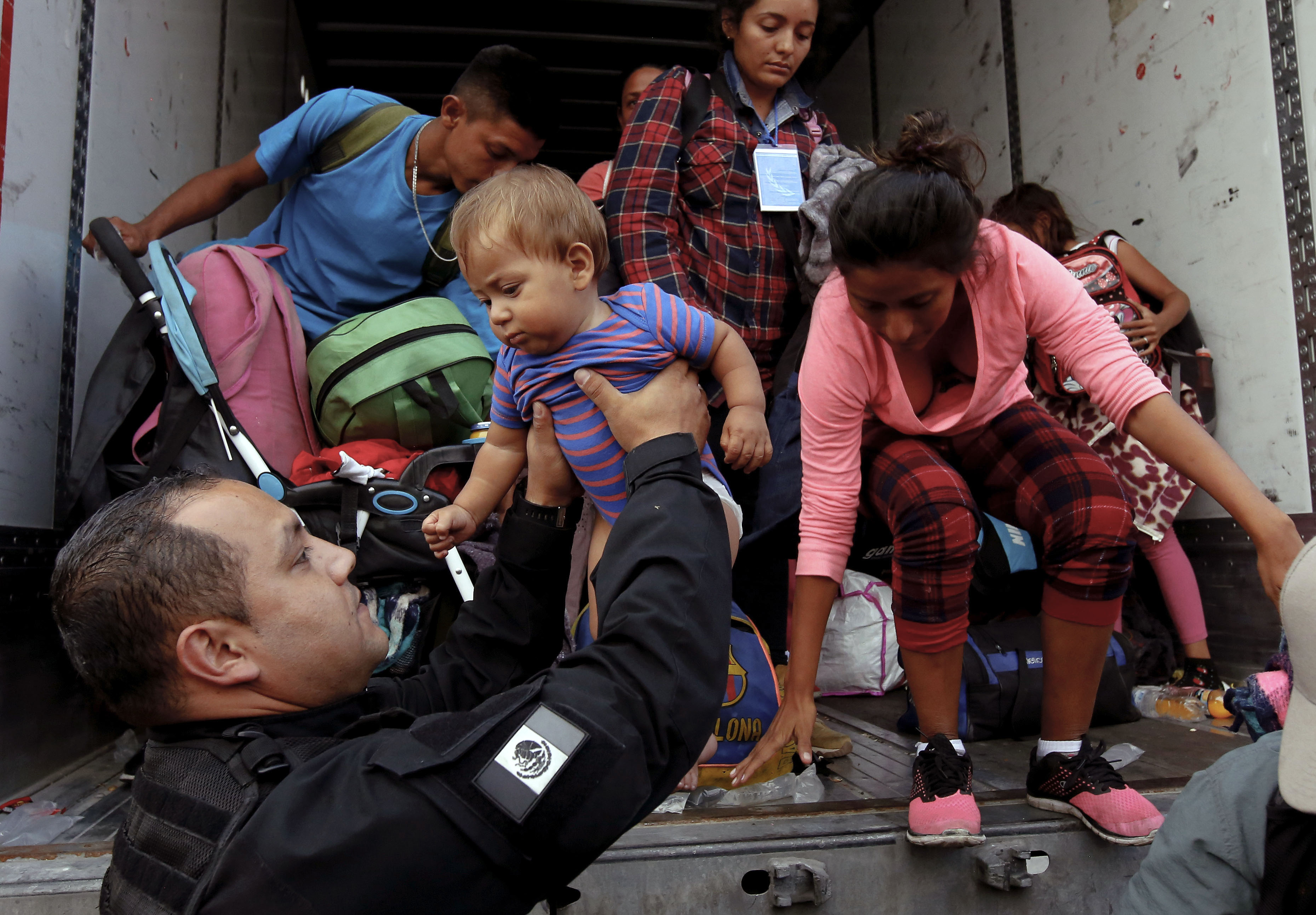 Central American migrants moving in a caravan towards the United States, descend from a truck to be taken to a shelter, in the outskirts of Zapotlanejo, Jalisco state, Mexico on November 11, 2018. (Photo by Ulises Ruiz / AFP) (Photo credit should read ULISES RUIZ/AFP/Getty Images)

Acting Homeland Security Secretary Kevin McAleenan is actively trying to reach safe third country agreements with governments south of the border. Such deals would specifically designate countries as an alternative option for asylum seekers. The Guatemalan government has tentatively entered into a safe third country agreements, and several other Central American countries are reportedly in negotiations with the White House.

The Trump administration is also trying to loosen the stress on immigration courts through the implementation of the Migrant Protection Protocols program, also known as Remain in Mexico. The directive calls on asylum applicants to wait in Mexico throughout the duration of their court proceedings. Such a program is intended to weed out fraud — eliminating the incentive for migrants to lodge asylum claims and then disappear into the interior of the U.S. before their court date arrives.

The Remain in Mexico program has recently been expanded, with two new soft-sided facilities built in Laredo and Brownsville, Texas, where judges from across the country are able to remotely adjudicate cases.

However, TRAC noted the Remain in Mexico cases still make up a small percentage of all asylum claims.

Despite additional funding and initiatives aimed at curbing the flow of migrants, the U.S. immigration court system is still witnessing record levels of asylum applicants, proving the ongoing difficulty of the border crisis.

The Department of Homeland Security did not immediately respond to the Daily Caller News Foundation’s request for comment.