Backlogged by the sheer amount of asylum applications being filed at the U.S.-Mexico border, U.S. Citizenship and Immigration Services (USCIS) employees began training Border Patrol agents to help conduct interviews of asylum applicants — a new initiative that was revealed to the public in May. A number of Border Patrol agents have now been deployed to help with the wave of interviews.

“As part of a whole-of-government approach to address the Humanitarian Crisis and assist USCIS with the high volume of asylum claims, the USBP began training and detailing agents to USCIS. Agents assist in the process of interviewing migrants claiming credible fear of return to their country,” a Customs and Border Protection (CBP) spokesperson said in a statement Friday to the Daily Caller News Foundation.

The Los Angeles Times was the first outlet to report that Border Patrol agents had begun screening migrants.

Under the Credible Fear Pilot Program, 55 Border patrol agents are now assisting in asylum interviews. The agency stressed to the DCNF, however, that agents are conducting credible fear interviews under the supervision of asylum officers.

The program aims to help reduce the number of migrants who are waiting for a decision of their asylum claim. In the backdrop of the ongoing illegal immigration crisis, the Trump administration has been faced with an unprecedented number of asylum claims. The U.S. immigration court’s active backlog, for example, surpassed one million at the end of August 2019. 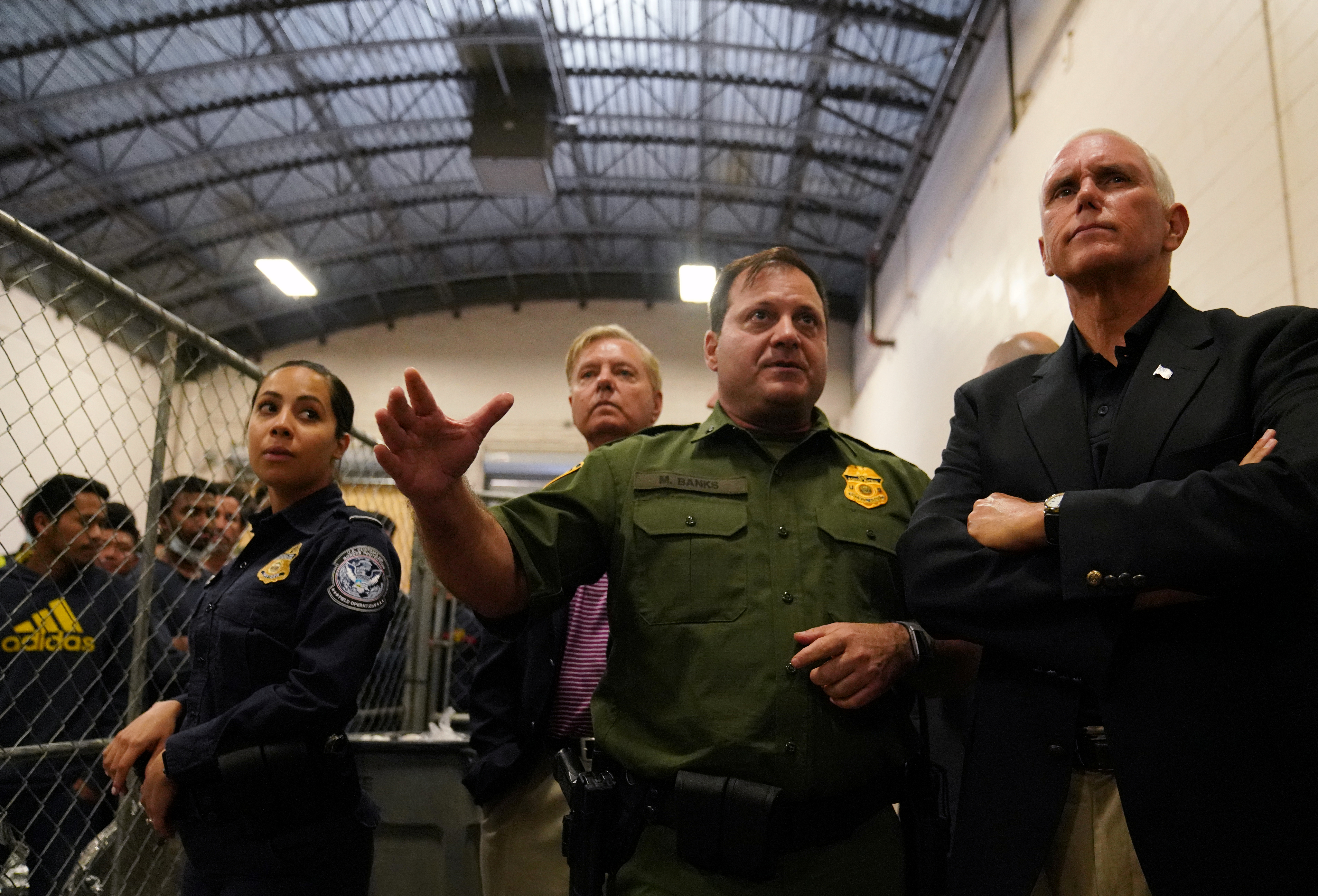 The Trump administration is doing what it can to help relieve the flow of active cases that are bottlenecking. Two soft-sided facilities recently opened up in Laredo and Brownsville, Texas, in order to process more asylum claims. The cases pertain to the administration’s “Remain in Mexico” program. Judges from across the country can adjudicate cases via video conference at these temporary structures.

The assistance of Border Patrol agents is expected to help process the vast number of cases.

“Importantly, USCIS provides training to Border Patrol agents so that they can be thoroughly trained on the credible fear screening process, and like every officer conducting credible fear interviews, show that they understand all applicable laws, regulations, policies, and procedures before being allowed to conduct interviews on their own,” USCIS spokeswoman Jessica Collins stated to the DCNF on Friday.

“All credible fear determinations will have to be reviewed and signed by a supervisory asylum officer before a final determination can be made. This humanitarian and security crisis requires an all-hands-on-deck approach from DHS,” she continued.

While some critics have questioned whether Border Patrol agents are qualified to conduct credible fear interviews, the employees who undergo the program are given vigorous training and still operate under the auspices of USCIS. (RELATED: Trump Administration Signs Asylum Deal With El Salvador)

Border Patrol agents in the Credible Fear Pilot Program undergo five weeks of training by USCIS lessons plans in preparation for asylum interviews — which is in addition the training they receive from the Border Patrol Academy. After the course, agents still operate must under the supervision of USCIS management, and their findings are reviewed by USCIS.