Starship features a stainless steel outer body and is a prototype expected to launch during a test flight later in 2019. It is meant to carry up to 100 people into space at a time and will be able to return to Earth with a vertical landing. The spacecraft is intended for trips to the moon, Mars and more.

Musk announced Saturday that he hopes Starship can go into orbit in less than six months, a prospect that might “sound totally nuts,” he added.

Intended to be reusable, the spacecraft stands at around 165 feet, according to Musk. The 301 stainless steel body was chosen for the steel’s ability to withstand almost anything, and the material actually gets stronger when introduced to the elements of space.

“Stainless steel is easy to weld and resilient to the elements … you’re out there on the moon or Mars, you want something you can cut up and use for other things. Obviously, I’m in love with steel,” Musk said.

Starship will have three sea-level engines and three vacuum engines, which is “a great number,” Musk said. The spacecraft features a heat shield, which is made up of ceramic tiles. These are light, crack-resistant, reusable and low-maintenance, he said. The design consists of two parts: Starship, the passenger-carrying vehicle, and the Super Heavy rocket, which sits underneath.

SpaceX has plans for re-fueling in orbit as well. Starship would meet a similar design, which would refuel the ship before it continues on for longer trips, Musk explained.

Musk noted that the “critical breakthrough” needed to get into space frequently “is to make space travel like air travel.” Rapidly reusable rockets could make space travel easier, he believes, which is part of the Super Heavy rocket design SpaceX is developing. This is essentially a giant rocket meant to return to its launch site after propelling Starship into the sky, making it reusable as well as the spacecraft.

The presentation included a video of the rockets being tested. Musk also talked about the cost of propellent, which is lower because it’s mostly made up of oxygen, he explained.

“When this ascends, it’s really mostly liquid oxygen,” Musk said as he stood in front of the giant spacecraft prototype. 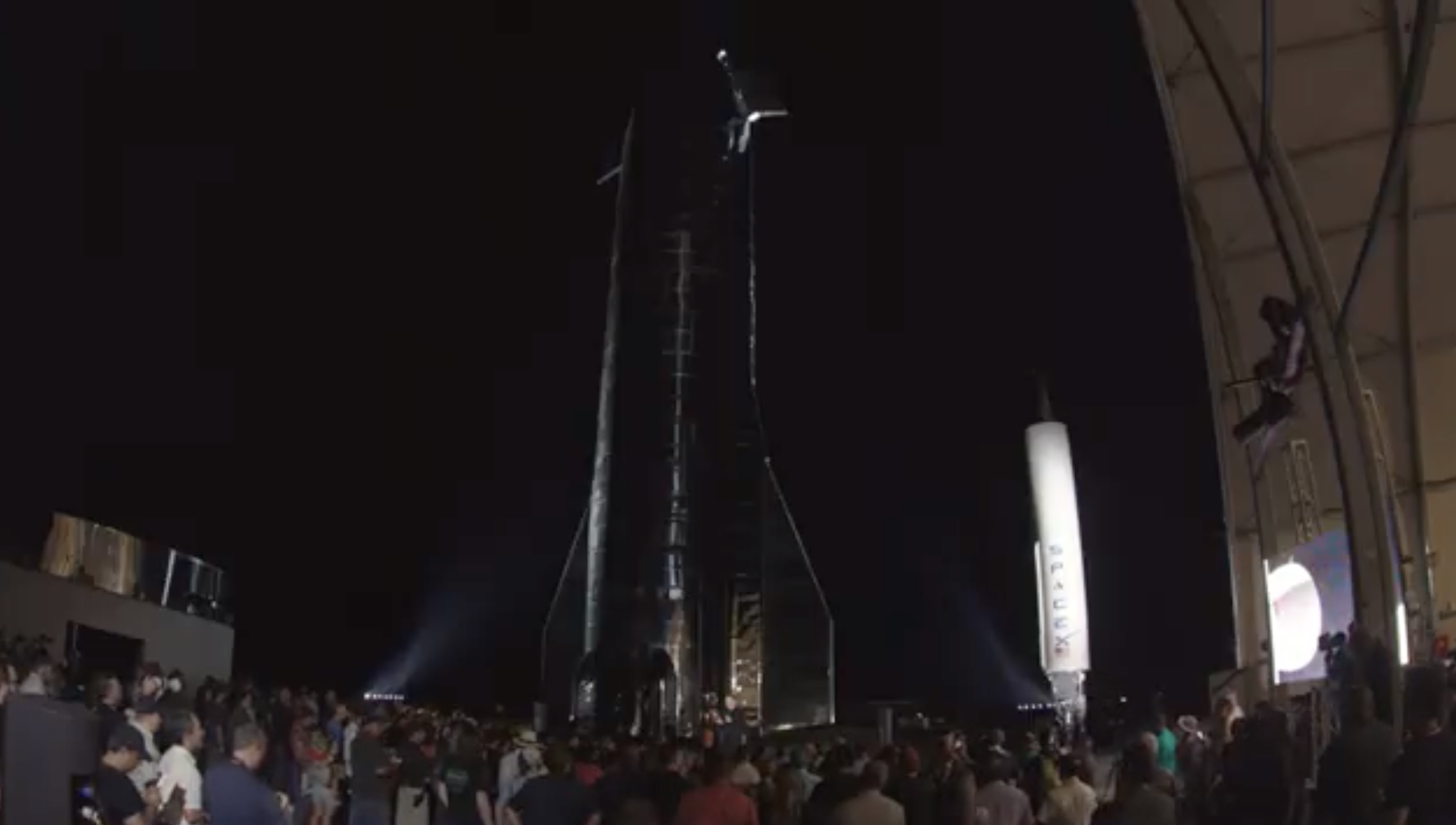 Starship stands during a presentation from Elon Musk, who gave an update on its progress. (Screenshot Livestream, Space.com)

Musk’s intent is to be able to establish a city on the moon or Mars, which he believes could happen once space travel becomes as easily accessible as traveling within the confines of the Earth. (RELATED: Buzz Aldrin: Let’s ‘Keep America Great In Space)

“There’s definitely a lot of science to be done,” Musk said Saturday. “It’s close, as well, so that will be quite exciting to do. And then, of course, we can go to other places in the solar system like Saturn. The critical thing we need to focus on is the fastest path to a self-sustaining city on Mars.”

The prototypes don’t include life support and control systems that would be necessary to launch passengers or astronauts into space, but are expected to be included in future Starship designs.

“We also need things that make us excited to be alive … This space exploration is one of those things. We’re really right on the cusp of what’s physically possible.”