Remarks delivered to the Convention de la Droite (Convention of the Right), Sept. 28, 2019.

If his presidency ended tomorrow and Donald Trump did nothing else, he exposed the weakness of the American right and pointed toward its reconfiguration. How did he do this? During the 2016 campaign, neoliberal conservatives attacked him for not wanting to conserve conservatism. He attacked neoconservative American foreign policy while rejecting the hegemony of markets. During the 1980s and 1990s, the Republican Party had increasingly committed itself to the ideology of free trade, which brought with it a financialization of the American economy and the decline of the American heartland. “Folks,” Trump said in April 2016, “I’m a conservative, but at this point, who cares?” Conservatism had conserved nothing.

The voters who delivered the presidency for Trump cared little for the “fusionist” paradigm that had long patched the Republican Party together between libertarian thinkers and a socially conservative base. The think tanks, trending socially libertarian and economically neoliberal, advanced policies for a voter base that did not even exist. Trump’s voters were not uniformly “left” or “right” on economic issues: They did not object to state spending per se, but to the wasteful spending of the Obama era. Trump exposed the fact that mainstream American conservatism had no reference to reality. There are precious few voters who simultaneously favor the old planks of fusionist conservatism — opening the borders and invading Iran, or outsourcing jobs and privatizing social security, but with a never-delivered abortion ban as a way to keep the base in line. (RELATED: The Courts Might Help Christians, But They Cannot Save Our Civilization) 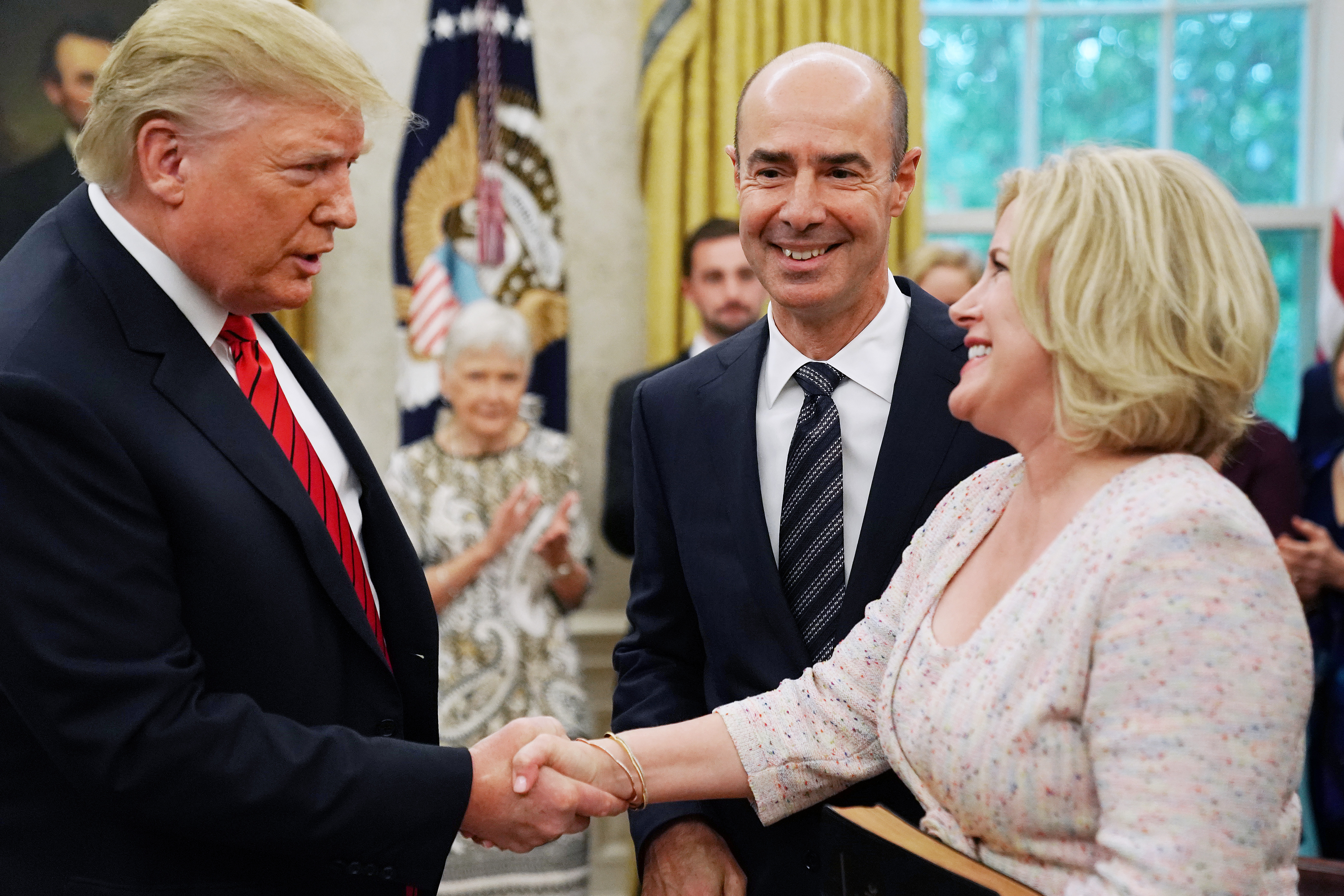 Eugene Scalia was nominated by Trump to lead the Labor Department after Alex Acosta resigned under criticism over a plea deal he reached with Jeffrey Epstein. (Photo by Chip Somodevilla/Getty Images)

For years the right has had no guiding ideology, while the left has Marxism and the center has liberal capitalism. When the right defines itself primarily as conservative, in practice it merely carries water, or spins intellectual tales, for neoliberalism. Indeed, conservatives are able to define themselves as liberals only because the left abandoned liberalism long ago and became aggressively, integrally “progressive.”

This is not to say that every policy called “liberal” is a bad one: Market forces can work within certain parameters, for the sake of the polity as a whole. Such policies existed before liberalism and will continue without it. But as Patrick Deneen put it in his recent book, liberalism has failed. It cannot justify our politics and it does not command loyalty. The political situation is one of separation and dispersion — the separation of economy and society, the separation of politics from national purpose. The right needs a clear end goal. That goal should be to reintegrate society, economy and state. Its themes will be community rather than neoliberalism, purpose rather than utilitarianism, and reintegration instead of dispersion.

Many on the American right wanted the reconfiguration forced by Trump to disappear. But the political “base” will continue to force a reconfiguration, both in the United States and in France. 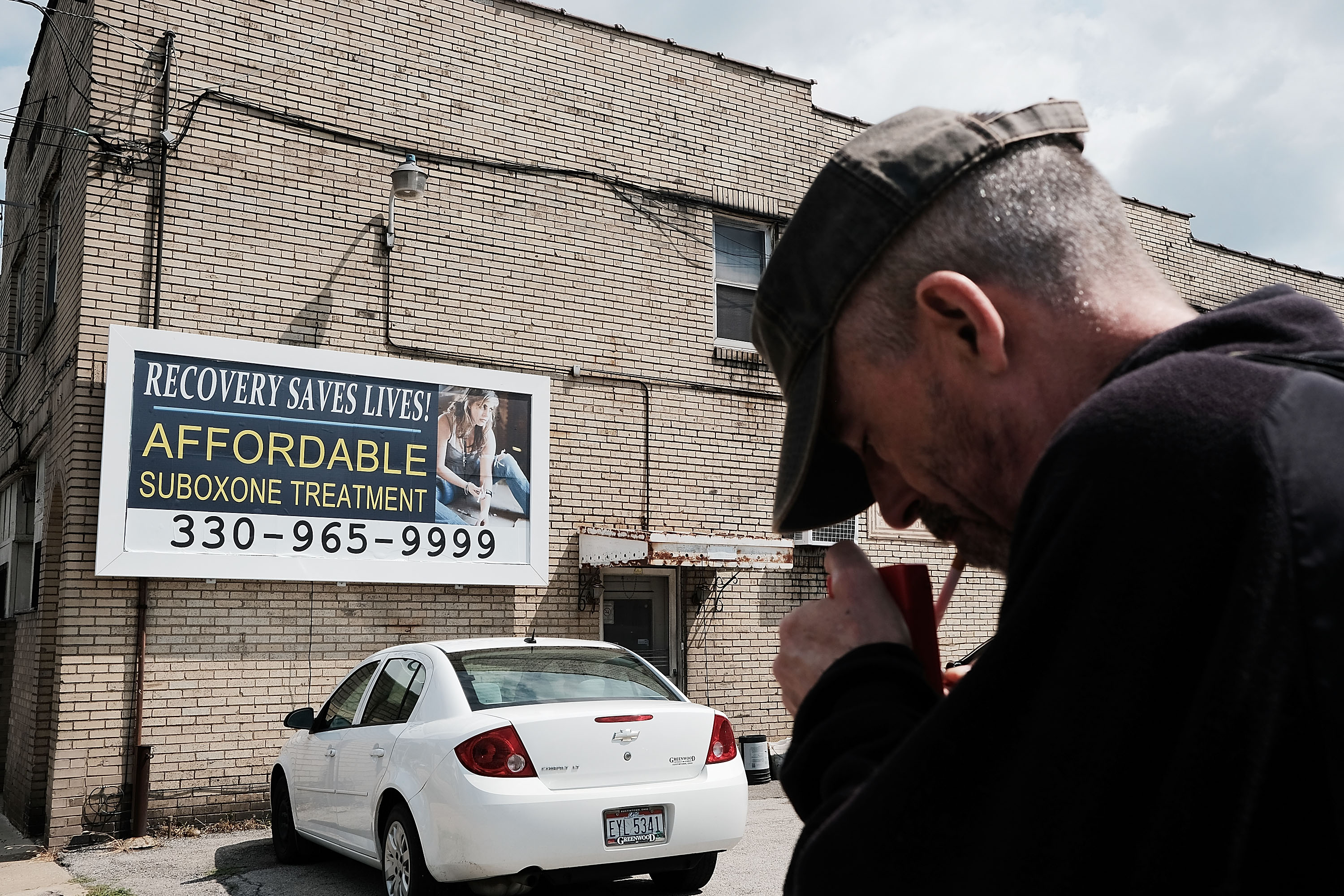 Youngstown, a city that was once one of the nation’s manufacturing hubs, has been struggling with high unemployment and a surge in opioid addiction. (Photo by Spencer Platt/Getty Images)

In policy, two areas stand out for the new American right: family policy and industrial policy. On the first, speaking about the cultural pressures that families face is not enough. Families cannot afford children. The United States has the fiscal resources for a family policy, like that pioneered in Hungary and elsewhere, that would really incentivize the formation of families — and the creation, for conservatives, of a stable electoral base. Only libertarian ideology stands in the way of this. Second, industrial policy: American companies have become less innovative, not more; they do less investment, not more. Politicians like Sen. Marco Rubio in particular are putting industrial policy back on the map, arguing that national security requires us to maintain industrial capacity, not only through Trump-style trade actions but through directing American investment toward advanced manufacturing sectors. (RELATED: The Threat From China Means Conservatives Must Rethink Industrial Policy)

These two areas are where the American right is pointing — beyond the tweets, and the chaos surrounding investigations and impeachment. The right is shifting toward a postliberal political stance to reintegrate society, economy and the state. That is a reconfiguration of ideas to harness the energy of a large base.

Do it here, and you will energize the French right, as well.

Gladden Pappin is cofounder of American Affairs and assistant professor of politics at the University of Dallas.