The program would “create platforms for private sharing” by encrypting messages and reducing the permanence of communication through Facebook, according to a March blog post.

Barr’s letter, written in collaboration with U.K. and Australian leaders, requests that “Facebook does not proceed with its plan to implement end-to-end encryption across its messaging services without ensuring that there is no reduction to user safety and without including a means for lawful access to the content of communications to protect our citizens.”

The letter then accuses Facebook of not being “committed to address … serious concerns about the impact its proposals could have on protecting our most vulnerable citizens,” despite the fact government leaders “have engaged with Facebook on this issue,” some of whom have written Facebook directly in an attempt to discuss the issue.

“We support strong encryption,” the letter continues. “Law-abiding citizens have a legitimate expectation that their privacy will be protected. However, as your March blog post recognized, we must ensure that technology companies protect their users and others affected by their users’ online activities.”

The request comes nearly a week after a New York Times investigation published on Sept. 28 found that encryption technology gives protection to sexual predators to who engage in illicit behavior with children online and makes it more difficult for law enforcement to track such criminals. 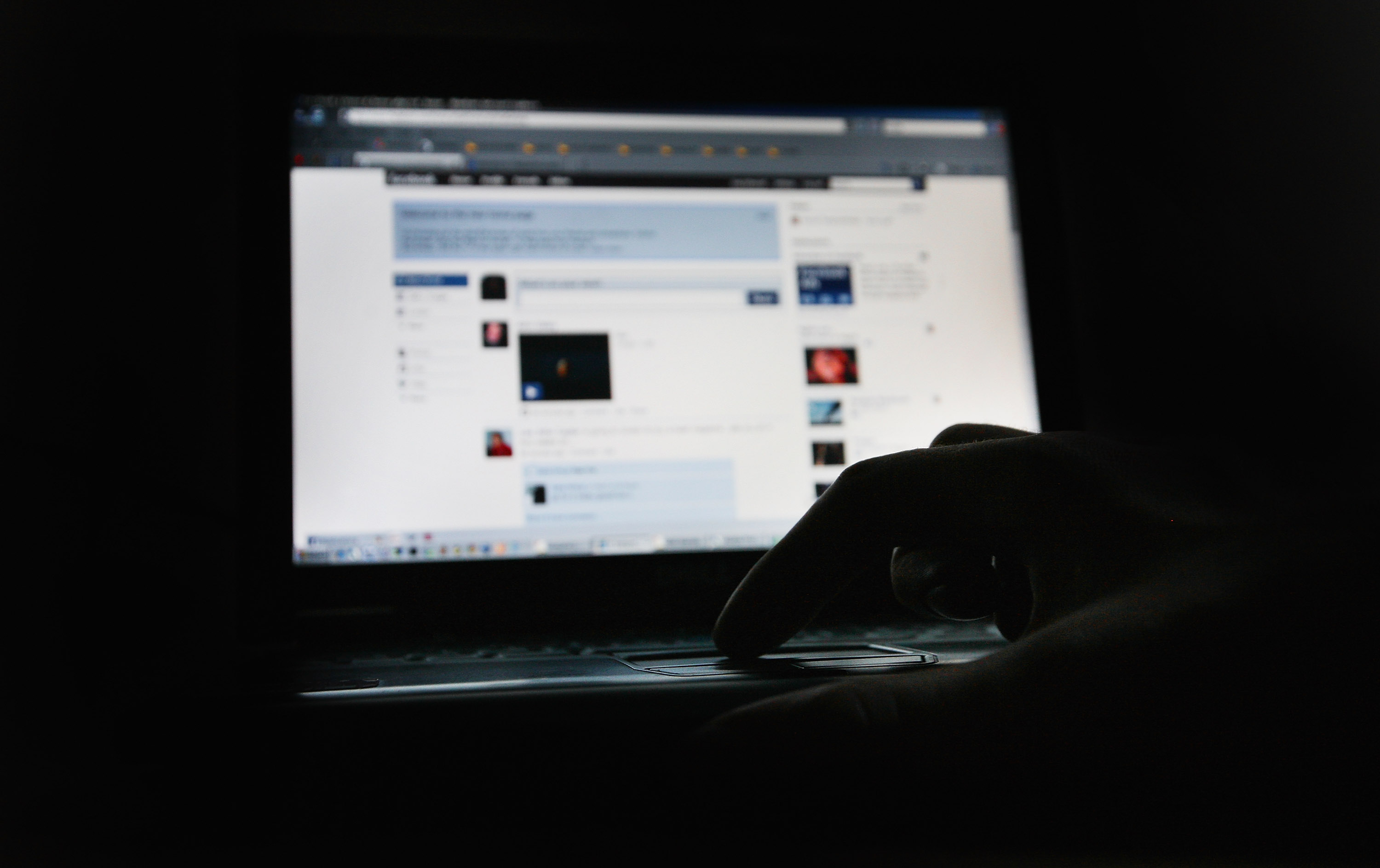 In this photo illustration the Social networking site Facebook is displayed on a laptop screen on March 25, 2009 in London, England. (Photo by Dan Kitwood/Getty Images)

“Encryption is a powerful tool for privacy, but that includes the privacy of people doing bad things,” Zuckerberg wrote. “When billions of people use a service to connect, some of them are going to misuse it for truly terrible things like child exploitation, terrorism, and extortion.”

“We have a responsibility to work with law enforcement and to help prevent these wherever we can. We are working to improve our ability to identify and stop bad actors across our apps by detecting patterns of activity or through other means, even when we can’t see the content of the messages, and we will continue to invest in this work,” the post adds.

But Zuckerberg’s post continues to say that by making an effort to stop criminals using encrypted messaging to engage in illegal behavior through Facebook, the social media platform faces “an inherent tradeoff because we will never find all of the potential harm we do today.”

“In 2018, Facebook made 16.8 million reports to the U.S. National Center for Missing & Exploited Children (NCMEC) – more than 90% of the 18.4 million total reports that year. As well as child abuse imagery, these referrals include more than 8,000 reports related to attempts by offenders to meet children online,” the letter reads.

“More than 99% of the content Facebook takes action against – both for child sexual exploitation and terrorism – is identified by your safety systems, rather than by reports from users,” the letter continues.

It adds, however, that some of the content Facebook catches and reports points to ongoing abuse, and statistics do not “capture the significance of the harm to children.” NCMEC estimates that if Facebook were to implement the encryption program, “70% of Facebook’s reporting – 12 million reports globally – would be lost,” according to Barr’s letter.

As the FBI told the Daily Caller News Foundation in March, “Child predators and sex traffickers routinely use social media platforms to target unsuspecting victims. As perpetrators progress in their technological abilities and approaches to finding and sexually exploiting their victims, we at the FBI also strive to become just as adept at uncovering their illicit activity.”

Barr’s letter concludes by encouraging Facebook to take specific measures to ensure that protecting user privacy does not interfere with catching and reporting criminal activity.

Measures include: embedding user safety precautions in system designs, giving law enforcement access to potentially dangerous content, engaging with government leaders and halting encryption plans until Facebook can ensure that its system designs to “maintain the safety of [its] users are fully tested and operational.”

But not everyone is happy with a government push to allow law enforcement access to private conversations.

“The government is demanding backdoor access to the private communications of 1.5 billion people using [Facebook messaging app WhatsApp]. If Facebook agrees, it may be the largest overnight violation of privacy in history,” Freedom of the Press President Edward Snowden wrote on Twitter.

The government is demanding backdoor access to the private communications of 1.5 billion people using #WhatsApp. If @Facebook agrees, it may be the largest overnight violation of privacy in history. https://t.co/qkxO1pJuUh

“Oh hey, turns out it’s even worse; it’s more than just [WhatsApp]; it’s all FB-owned messaging: “Attorney General William P. Barr is set to press Facebook on Friday to create a so-called back door to its end-to-end encryption on WhatsApp ***AND OTHER MESSAGING PLATFORMS***” Snowden continued.

Oh hey, turns out it’s even worse; it’s more than just #WhatsApp, it’s all FB-owned messaging: “Attorney General William P. Barr is set to press @Facebook on Friday to create a so-called back door to its end-to-end encryption on WhatsApp ***AND OTHER MESSAGING PLATFORMS***”

This is insanely dangerous. https://t.co/eZNneXDvhY

Recode founder Kara Swisher said the letter presents “a critical fight for tech and they need to stay firm on resisting pressure to put in back doors for the government as they did with the Obama administration.”

This is a critical fight for tech and they need to stay firm on resisting pressure to put in back doors for the government as they did with the Obama administration: https://t.co/AZjS609Ndb via ⁦@nytimes⁩

Barr’s letter is the latest example of the conundrum Facebook faces as it is expected to simultaneously ensure the privacy of its 2.4 billion monthly active users and work with law enforcement to make sure criminals are not abusing privacy precautions to engage in illegal acts online.

In July, Facebook agreed to pay a record $5 billion to the Federal Trade Commission and promised new privacy guarantees Wednesday to settle an investigation.