The Green New Dealers have taken Rahm Emanuel’s advice to heart: “Never let a crisis go to waste.” That is, use the occasion of a crisis to advance a pre-existing agenda, in this case, the remaking of the U.S. economy.

Of course, they first had to manufacture — or, if one prefers, dramatically highlight — the crisis of climate change. And that’s a mission accomplished, at least as far as the left is concerned; a recent helpful headline from The Washington Post reads, “Americans increasingly see climate change as a crisis, poll shows.”

Indeed, all the Democratic presidential hopefuls have signed on to some version of the Green New Deal; campaign pledges range from Joe Biden’s $1.7 trillion to Bernie Sanders’ $16.3 trillion.  So we can see: Following their Emanuel-esque logic, the Green New Dealers have moved the Overton Window on spending and regulating. 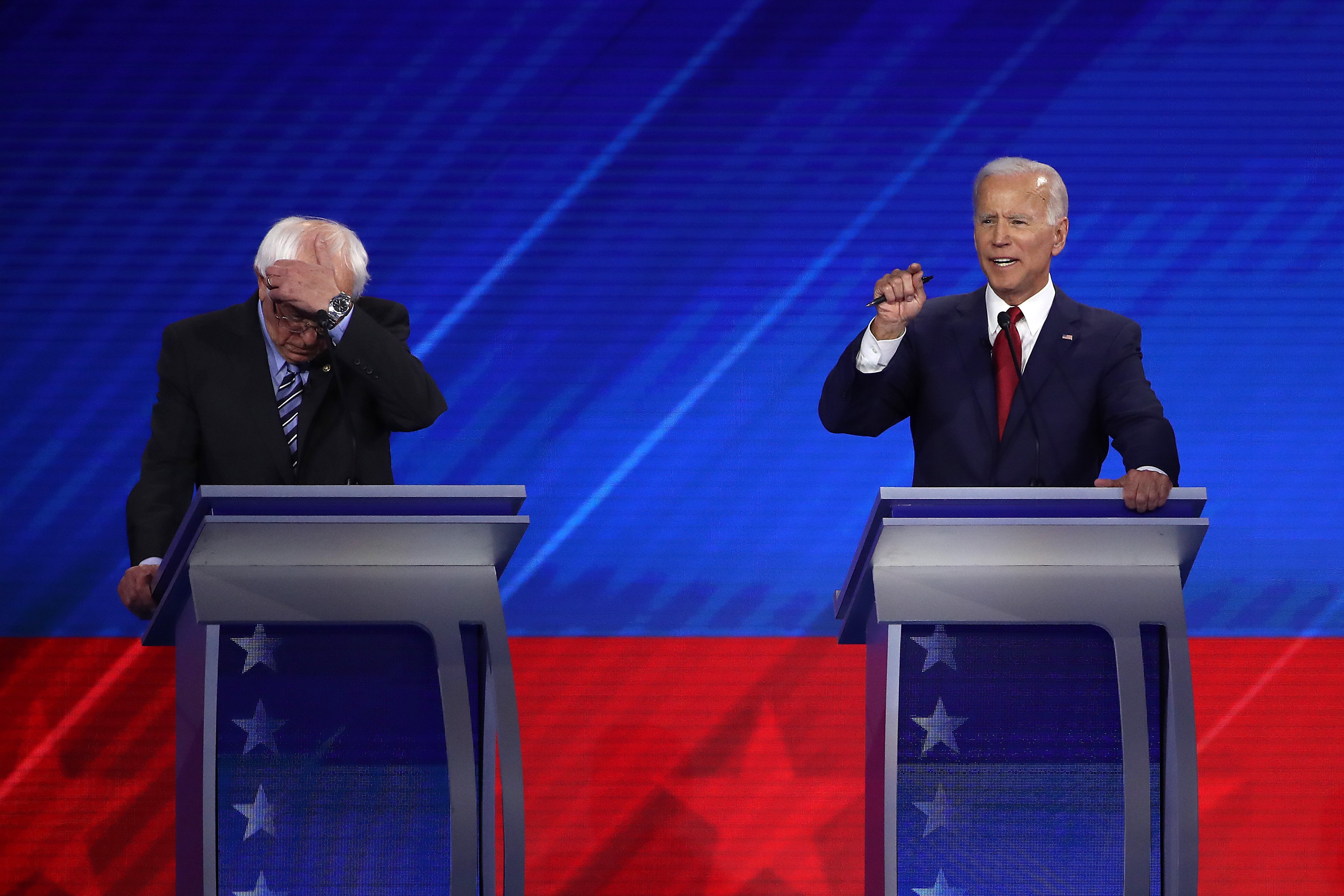 In fact, when one looks at the actual language used by the most ambitious of the Green New Dealers, one sees a kind of issues-piggybacking; that is, vote for climate-change action, and get “democratic socialism,” too. As Rep. Alexandria Ocasio-Cortez says, “Radically addressing climate change is a potential path towards a more equitable economy with increased employment and widespread financial security for all.” (RELATED: Climate Activists Love Ocasio-Cortez’s Green New Deal, But They Don’t Know What’s Actually In It)

And Saikat Chakrabarti, former chief of staff to AOC — and before that, the guiding hand in her insurgent 2018 election campaign—is even more direct about the indirection; earlier this year, he was quoted by The Washington Post as saying, “The interesting thing about the Green New Deal, is it wasn’t originally a climate thing at all. Do you guys think of it as a climate thing? Because we really think of it as a how-do-you-change-the-entire-economy thing.”

Speaking of changing the economy, the Green New Dealers obviously recall the original New Deal. For his part, Franklin D. Roosevelt was certainly not one to let a crisis go to waste; he knew that old-age pensions, for example, had been on the liberal to-do list for decades, but had been stymied by conservative opposition. Yet during the depths of the Depression, the opposition collapsed, and so the Social Security Act sailed through Congress — by a 11:1 margin in the House and by more than 12:1 in the Senate. 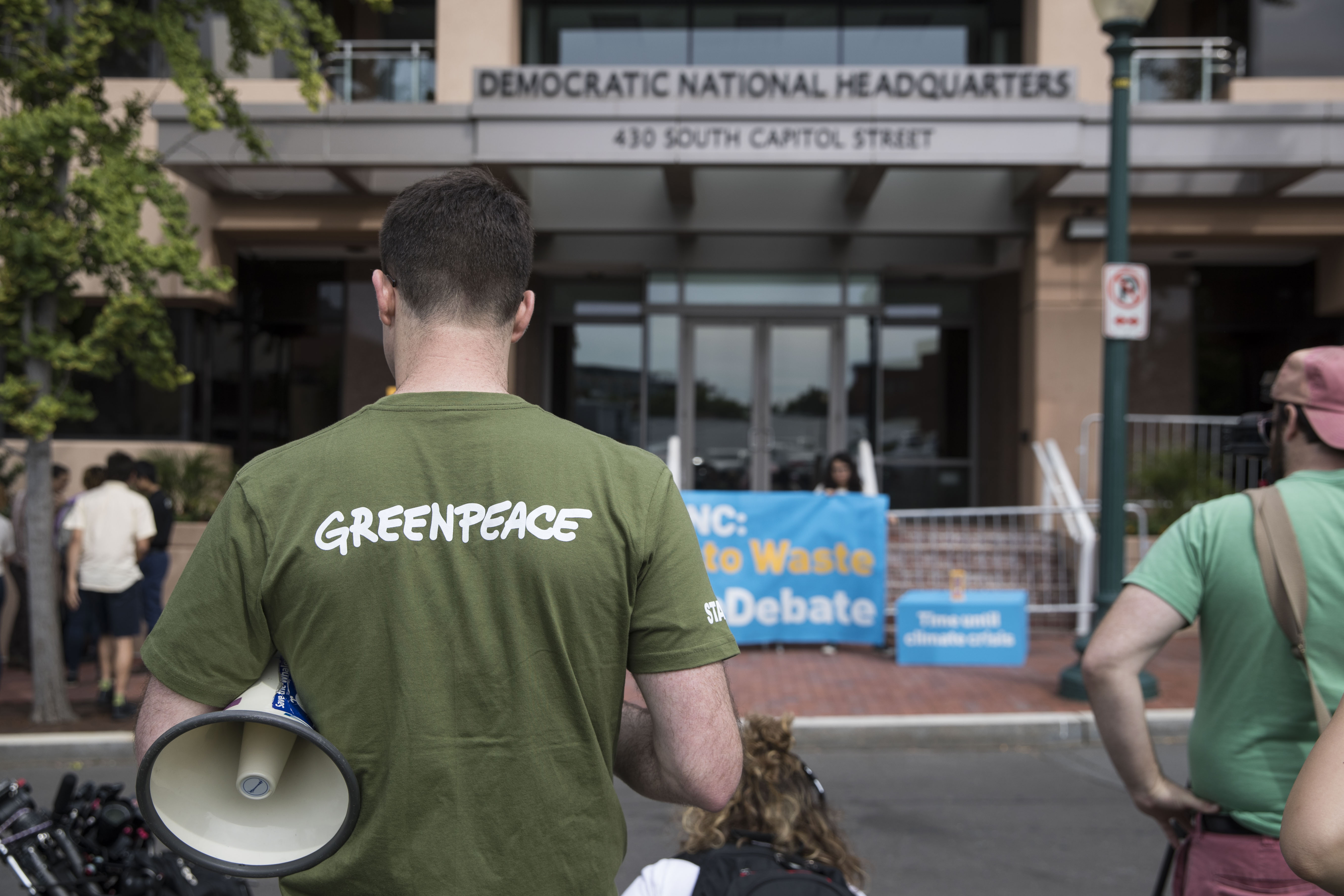 Today, even moderate Democrats, such as Biden, are getting on the neo-Keynesian bandwagon: Spend a lot money on tech, on infrastructure, on jobs programs, and so on — just remember to call it all Green. As Biden said in September, climate change should be looked at “not just as an existential threat but as the enormous opportunity to create millions of really good-paying jobs.” (RELATED: SILENAS: Democrats Are Talking About Climate Change — But It Seems Like They Just Want To Raise Taxes)

Of course, Sanders/AOC-type Democrats want to spend much more and regulate much more — and perhaps they even mean it about “socialism.” Yet Democratic politicos figure that if they win next year, they can hash out the differences between moderates and left-wingers within the Democratic coalition, just as happened during the New Deal decades of the ’30s and ’40s.

But is any of this economically plausible? Can such governmental go-go-ism really produce jobs and growth? Orthodox free marketeers will say “no,” of course, and yet the historical record is more encouraging to the spenders; during the years 1933 to 1944, the real G.D.P. of the nation rose 184 percent.

Of course, most of that growth occurred during World War II, and yet to the Green New Dealers, the fact that war accelerated spending is an argument for exactly the strategy they have — that is, presenting climate change as a World War II-like crisis, as a way of unleashing a stupendous burst of innovation and production. 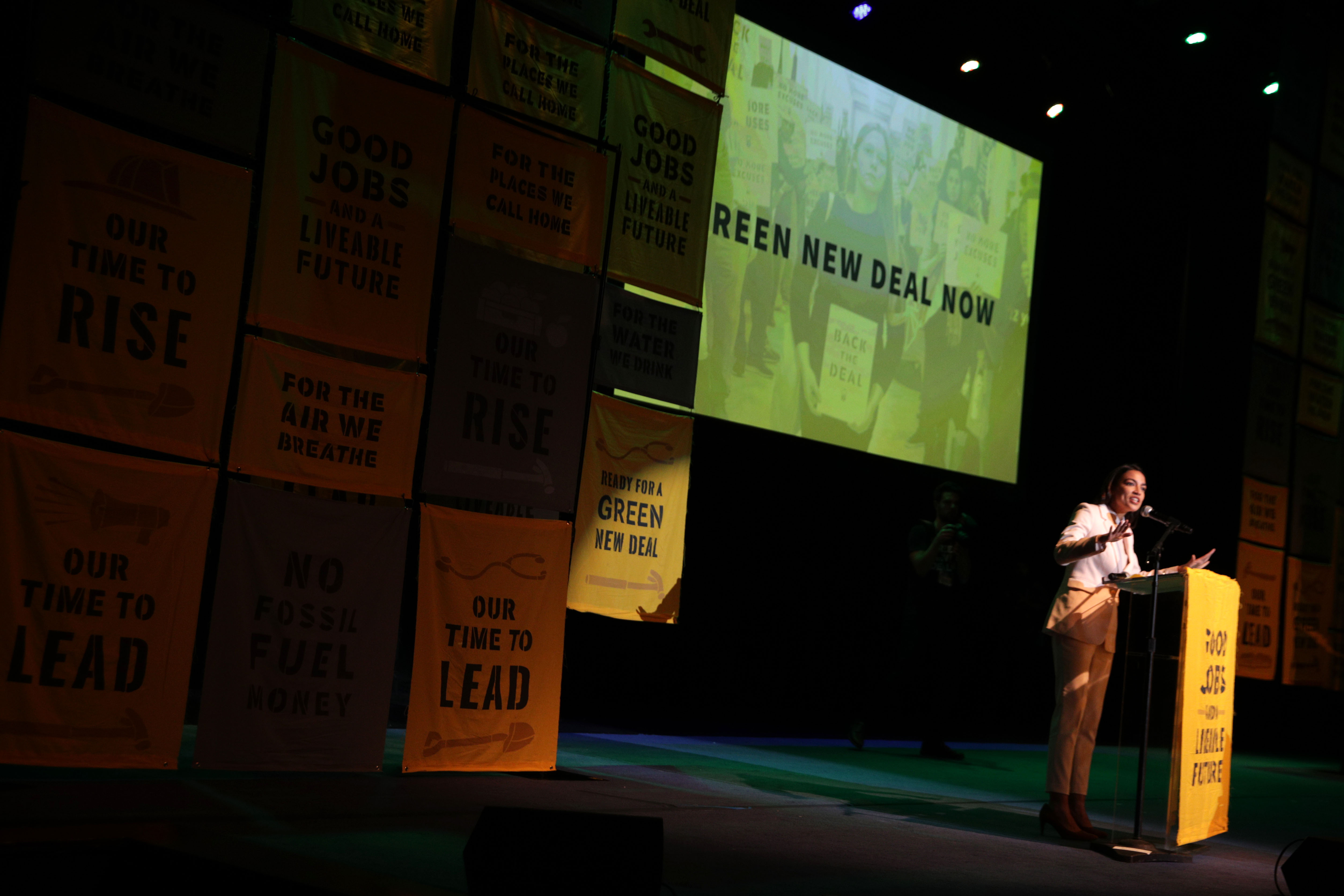 WASHINGTON, DC – MAY 13: U.S. Rep. Alexandria Ocasio-Cortez (D-NY) speaks during a rally at Howard University May 13, 2019 in Washington, DC. The Sunrise Movement held an event for the final stop of the “Road to a Green New Deal” tour to “explore what the pain of the climate crisis looks like in D.C. and for the country and what the promise of the Green New Deal means.” (Photo by Alex Wong/Getty Images)

Thus Chakrabarti loves to cite World War II production figures as a precedent for what he has in mind. Moreover, Democratic presidential hopeful Pete Buttigieg tries to help the cause along by arguing that climate change is an even greater challenge than the challenge of defeating Hitler and Tojo.

For its part, Wall Street seems to think that spending lots of money on lots of technology — and lots of everything else — can be good for business.  And in a world of low, even negative, interest rates, there’s something to be said for stirring up “stagnant pools” of capital. Indeed, in recent weeks, Morgan Stanley has been blitzing the Beltway with a sales pitch headlined, “The New Investor Response to Climate Change;” the firm cheerfully cites “growing interest in funding solutions that offer real impact — and real returns.”

Yet there’s just one thing: Sometimes, a crisis can get too, well, critical. That is, the cool strategizing of the Green New Dealers and their Wall Street allies could be overwhelmed by the hot passions of the Greens themselves.

Here’s looking at you, Greta Thunberg, and all your fellow zealous climate-strikers and extinction rebels. 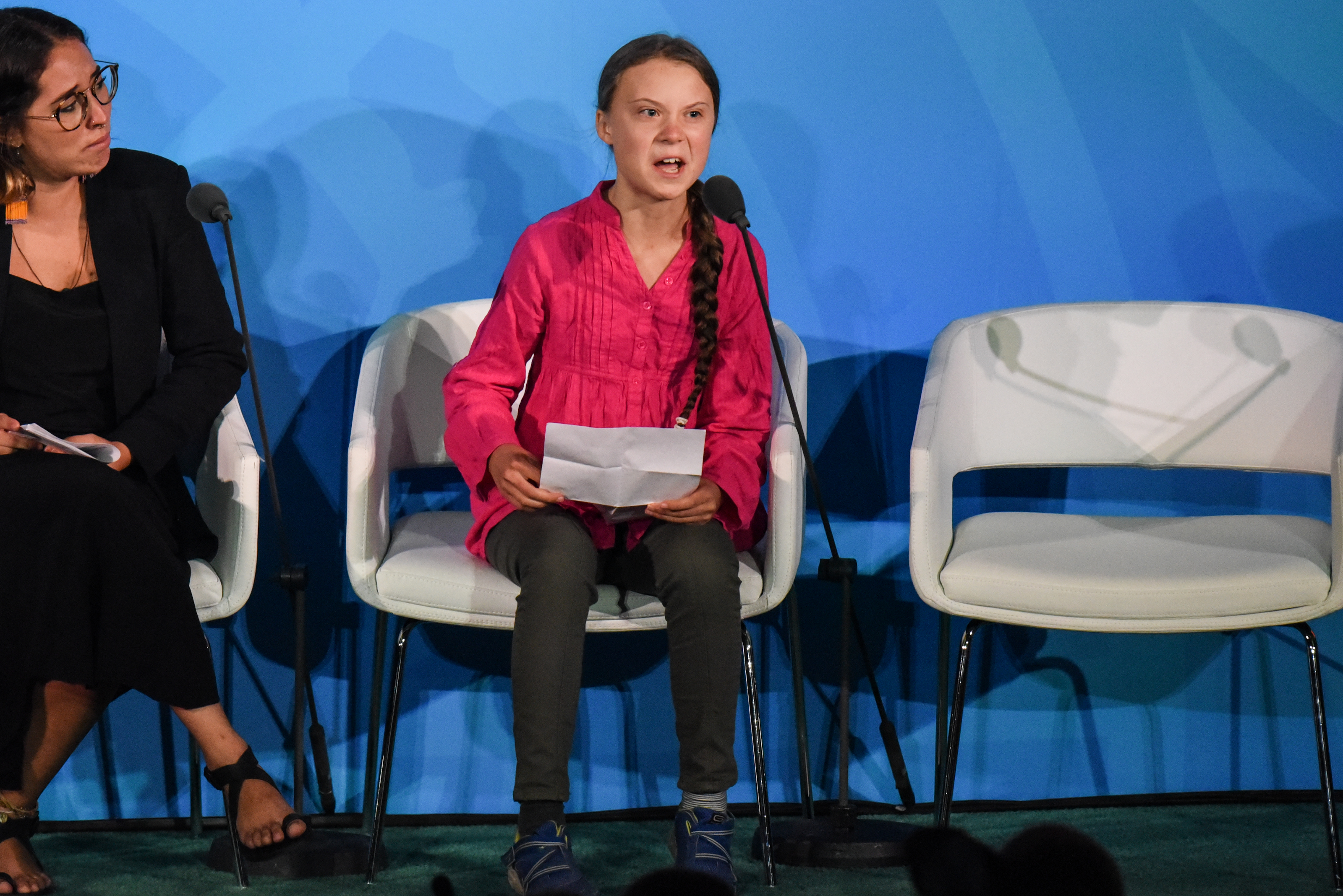 NEW YORK, NY – SEPTEMBER 23: Youth activist Greta Thunberg speaks at the Climate Action Summit at the United Nations on September 23, 2019 in New York City. While the United States will not be participating, China and about 70 other countries are expected to make announcements concerning climate change. The summit at the U.N. comes after a worldwide Youth Climate Strike on Friday, which saw millions of young people around the world demanding action to address the climate crisis. (Photo by Stephanie Keith/Getty Images)

Thunberg wasn’t speaking like a technocrat when she told the United Nations on Sept. 23, “People are suffering. People are dying. Entire ecosystems are collapsing. We are in the beginning of a mass extinction. And all you can talk about is money and fairytales of eternal economic growth. How dare you!”

No, that’s not the language of Roosevelt-style pedal-to-the-metal mass production. Instead, it’s the language of Savonarola-type punishment and repentance, the kind that led, back in the 15h century, to the original “bonfire of the vanities.” Only this time, Thunberg’s critique is even more systemic and radical, going far beyond luxuries. In fact, in its scourging of industrial civilization, it seems more like a bonfire of the necessities. That is, destroying the economy in the name of saving humanity. (RELATED: Trump Seems To Troll 16-Year-Old Climate Activist Greta Thunberg: ‘So Nice To See!’) 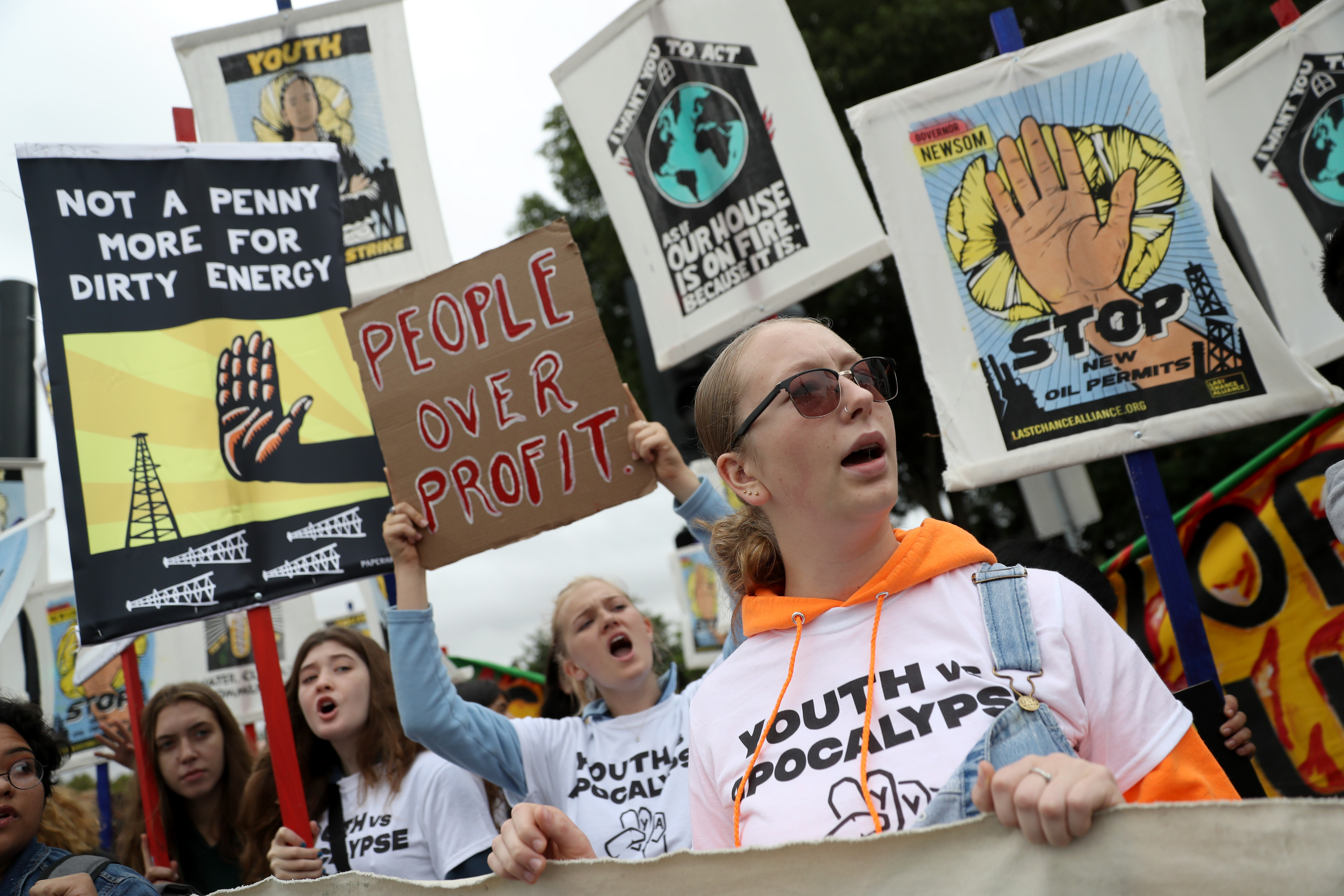 SAN RAMON, CALIFORNIA – SEPTEMBER 27: Youth climate activists hold signs during a Climate Strike youth protest outside of Chevron headquarters on September 27, 2019 in San Ramon, California. Hundreds of youth climate activists and their supporters staged a Climate Strike protest outside of Chevron headquarters calling for the company to abandon fossil fuels by 2025. (Photo by Justin Sullivan/Getty Images)

Indeed, it doesn’t take much imagination to see Thunberg as the wide-eyed inheritor of a long tradition of millenarianism and even doomsday-culting—neither good for jobs or social justice.

To be sure, Thunberg is just a child; she is far from in charge of anything. And yet the Green New Dealers, and the Greens overall, might consider the possibility that “Thunberg” is the Swedish word for “Frankenstein.” As in, the clever creation that runs amok.