While Democratic activist Badrun Khan announced her primary bid last month, Cabrera becomes the first sitting politician to challenge Ocasio-Cortez, who has become a progressive lightening rod since being elected to the House in 2018.

“Only a Democrat is going to be able to defeat her, and it’s going to be a moderate Democrat,” the NYC council member told Politico, calling Ocasio-Cortez a perennial “no-show” in her district who has brought nothing but “division within the party.” 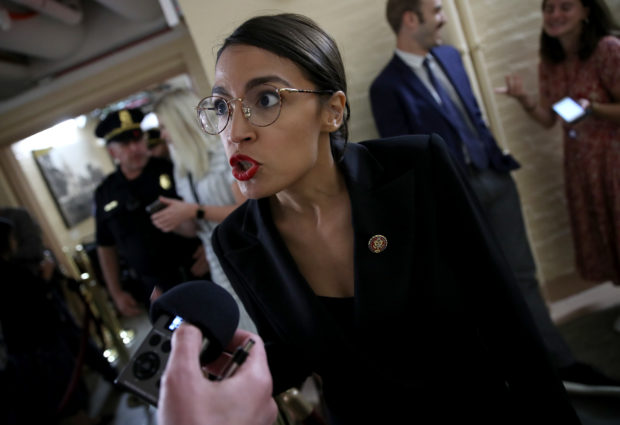 “Socialism doesn’t work. I don’t want it for my children, for my grandchildren,” he added, calling Ocasio-Cortez’s attacks against an Amazon planned headquarters in her district “staggering.”

“We have somebody who literally dismantled the possibility of us having 25,000 jobs,” he said, “and she has yet to bring any jobs into the district.” (RELATED: Former ICE Director Tom Homan Leaves Ocasio-Cortez Speechless On Immigration)

Cabrera plans to wage a moderate campaign against the New York congresswoman, opposing proposals such as “Medicare for all” and the “Green New Deal.”

Though the council member currently lives outside Ocasio-Cortez’s district, he expressed his belief that he can have success courting the support of local officials, many of whom may take issue with Justice Democrats’ practice of “running people against everybody in the Democratic Party.”

“She doesn’t play well with local officials,” he told Politico. “They’ll all tell you exactly the same thing: We can’t work with her, she’s impossible.”