Three candidates referenced God during the entirety of the Democratic debates Tuesday night.

Gabbard referenced God as she responded to a question about an unusual friendship she has.

“Where I come from in Hawaii, many of you know we greet each other in aloha,” Gabbard said. “It’s not a word that means hello and goodbye. It actually means something more powerful than that. It means, ‘I come to you with respect and a recognition that we’re all connected.'”

Booker referenced God as he discussed reproductive rights toward the beginning of the debate. (RELATED: Ousted Planned Parenthood President Sides With Tulsi Gabbard On Preventing Abortions) 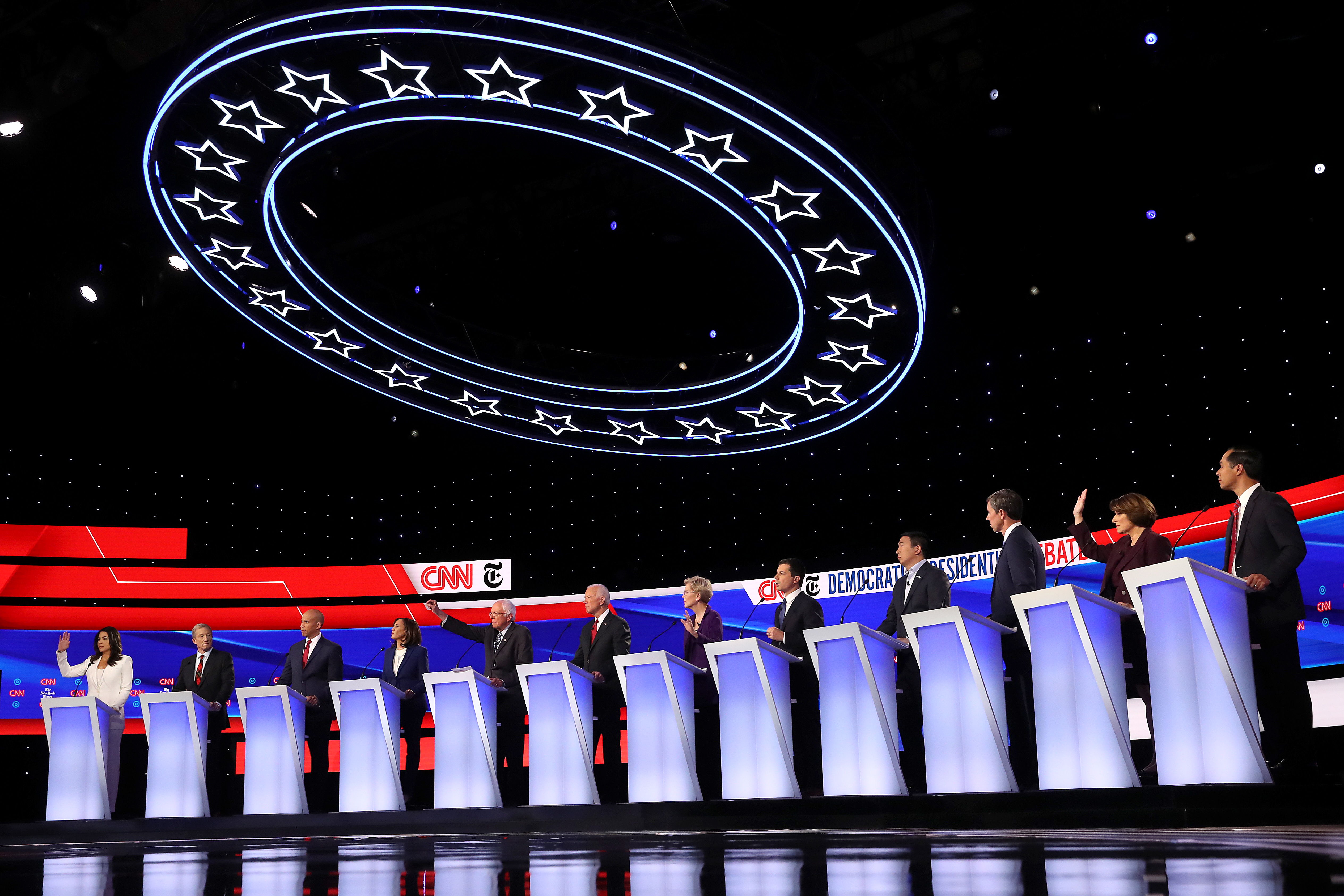 “We have another health care debate, and we’re not talking about the clear and existential threat in America that we’re in a state that has had two Planned Parenthoods close,” Booker said. “We are seeing all over this country, women’s reproductive rights under attack.”

“God bless Kamala,” Booker added. “Women should not be the only ones taking up this cause and this fight.”

Biden mentioned God in passing as he answered a question about 2020 presidential candidate Sen. Bernie Sander’s wealth tax plan. (RELATED: Harris: Women’s Bodies Were Created ‘To Perpetuate The Human Species’ — But Women Also Have The Right To Abort)

“Why in God’s name should someone who is clipping coupons make — pay a lower tax rate than someone, like I said — a schoolteacher and a firefighter? They pay a lower tax,” Biden added.

The former vice president made a second reference to God when discussing the possibility of packing the court.

“By the way, if, in fact, at the end of this — beginning next year, if, in fact, one of the justices steps down, God forbid, in fact I would make sure that we would do exactly what McConnell did last time out,” Biden said. “We would not allow any hearing to be held for a new justice.”