I hate talking about morbid life experiences unless it might help someone avoid them. When I was about 15 years old I had to put down a disease-stricken cow. For some reason—probably because of Hollywood movies of the time—I chose a 9mm handgun. To make a horrible, drawn-out story short, the task ended with an empty 9mm magazine and me running to get my .30-30 Winchester that I should have chosen in the first place. I learned that the 9mm simply did not have the energy to penetrate adequately enough to kill quickly. Poor cow. 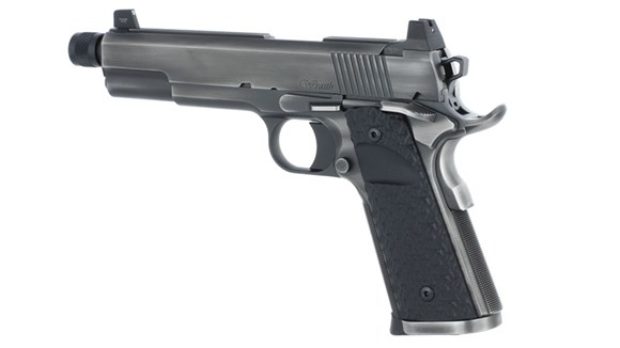 Over the years, I’ve shot plenty of game—mainly hogs—with handguns, and I’ve learned that if game animals weighing over about 150 pounds are not hit perfectly behind the shoulder in the lungs, they often require following up or go unrecovered. So now I always use enough gun. In my opinion, a 10mm is the minimum caliber for hunting or serious protection in bear country—and only if it’s loaded with premium, controlled-expansion bullets and shots are close. Dan Wesson’s Wraith is a supremely made 1911-pattern pistol chambered in 10mm Auto. I recently had the opportunity to evaluate it. What follows is my review. 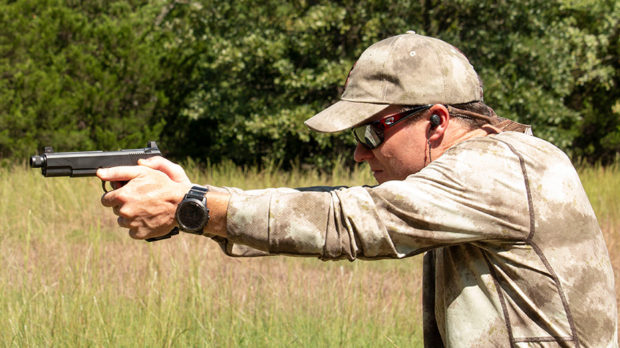 Dan Wesson Firearms was founded by Daniel Wesson who worked at Smith & Wesson from 1938 until 1963. When S&W sold, Dan set out on his own and incorporated Dan Wesson Arms in 1968. Ultimately, the spinoff firm went bankrupt before re-emerging as Dan Wesson Firearms in 1990—only to go bankrupt again due to poor sales. Its assets were purchased in 1995 and the company produced guns from its new Norwich, NY, facility. In 2005, CZ-USA of Kansas City, Kan., bought the firm, although production of its guns remained in Norwich, as they do today. Regardless of its turbulent past, one thing remains: Dan Wesson Firearms has always produced high-quality guns, and still does. The Wraith is one of its finest examples. 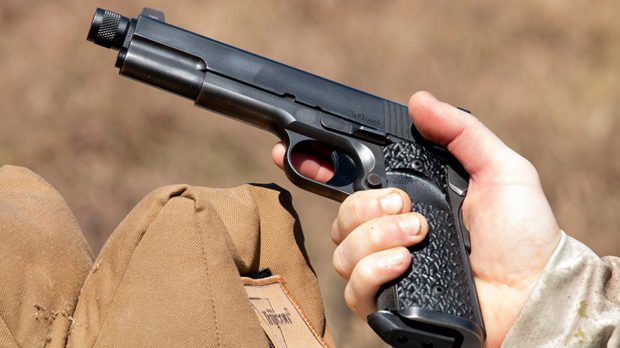 It has been said that the 1911 is the handgun upon which all other handguns should be judged, and the Wraith is right up there among the best factory 1911s made today. Make no mistake, Dan Wesson set out to make a premium-quality handgun in this model, and it spared few costs in doing so. The result is a custom-feeling 1911 that’s as good-looking, reliable, accurate and shooter-friendly as any out there—with a price tag to match. The gun is also chambered in 9mm and .45 ACP, but I strongly recommend the 10mm version for the following reasons: 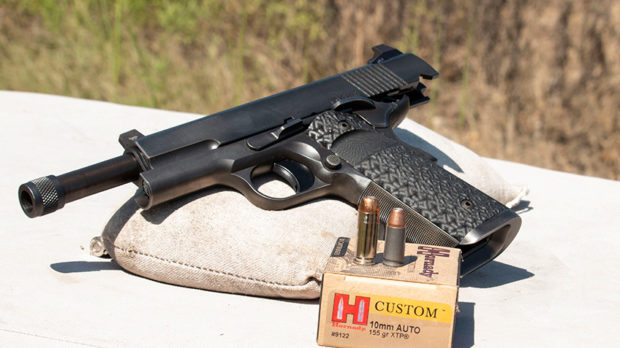 The Wraith 10mm features a 5.75-inch stainless steel barrel that’s threaded for a suppressor and comes capped by a thread protector. I love suppressed handguns because they save my ears, therefore I appreciate this feature.

The slide is forged from stainless steel bar stock and features a Clark-style, grooved rib along the sight plane that’s touted to reduce glare when aiming. I think it helps. Anticipating the use of a suppressor, the Wraith comes standard with steel AmeriGlo night sights that each contain a single Tritium capsule. The fixed, tall sights allow target acquisition even with a suppressor installed. The entire slide—like the entire frame—is colored in the company’s matte-gray “Distressed Duty” finish that reduces glare and looks superb to my eye. 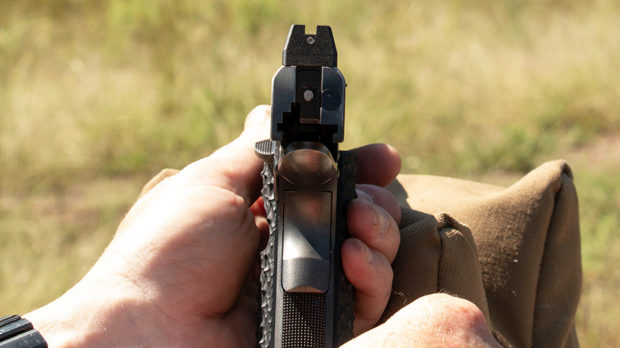 The frame features a 1911-style side-mounted thumb safety, a beavertail grip safety and excellent 25 LPI machined checkering on the front strap and mainspring housing. This precision checkering really makes the gun feel solid in the hand, as does the uniquely cut, jagged grip pattern of the G10 grip scales. Overall, the grip and purchase of this 1911 is as good as any I’ve ever held. It absolutely helps in terms of accuracy and recoil mitigation.

The mag well is oversized and flared for quick indexing and intuitive reloading of the 8-round, singe-stack magazine. Finally, its single-action trigger breaks at 4 pounds, 5 ounces and is as crisp as a cracker with negligible creep. It is excellent and no doubt contributes to the gun’s stellar accuracy.

Like most premium 1911 handguns, the Wraith is easy to shoot well, thanks to its tacky grip, overall weight, relatively long sight plane and premium match-grade barrel. Even with hot 10mm Auto loads, recoil was absorbed nicely and allowed quick and accurate follow ups. At long range, however, the gun really shined. I consistently hit a paper-plate target at 35 yards from a combat stance without a rest. With a rest, keeping shots on the plate at 50 yards was not a problem. Make no mistake, however, this 2.6-pound handgun is not one you’re going to tuck away under a t-shirt and conceal. It is to be worn in a holster on the outside of the waist with a sturdy belt—but its size is also what makes it a pleasure to shoot and shoot well.

During the course of testing—even during the first couple 100-round break-in period wherein jams are most common among all guns—I experienced only one malfunction, a stovepipe that was quickly fixed. Its tolerances are very tight, yet it handled all the ammo I fed it.

As for negatives, there are only two and they pertain to the sights. While the tall AmeriGlo sights are robust, excellent and worked well for me, I don’t like the fact that they’re fixed. Hunting handguns, in my opinion, should have an adjustable rear sight so various loads and zero ranges can be optimized. However, the company could have avoided this—and the issue with having to make them tall for use with a suppressor—if it would have machined a cutout in the slide for the installation of a mini red-dot optic. I believe that optics are superior for aiming at ranges greater than combat distances. Plus, the extra bulk gained by an optic wouldn’t matter because, as I stated, this gun was never intended for concealed carry. However, there are aftermarket mounting options available if I’m dead-set on a red dot.

All in all, I was most impressed by every other facet of this Dan Wesson firearm—especially its accuracy and reliability. It’s not only a gun for the field, but one I’d be proud to show off to friends after dinner. No doubt, lovers of 1911s will appreciate the Wraith in 10mm Auto.