Mexico announced that it deported over 300 Indian nationals via airplane, an unprecedented type of repatriation by the Mexican government as it continues to crackdown on illegal immigration.

The National Immigration Institute, the department that manages Mexico’s immigration affairs, announced late Wednesday that it flew 311 Indian nationals from Toluca, Mexico to New Dehli, India. The move is being hailed by the Mexican government as first of its kind, and further illustrates its efforts to stop the flow of illegal migrants reaching the U.S. southern border.

The Indian nationals — 310 of whom were men and one woman — were apprehended over a period of time by government officials from across the country, and were then concentrated in the eastern Mexican state of Veracruz. Ultimately, they were directed to board a 747 Boeing aircraft out of the Toluca International Airport and depart for India’s capital city, according to the government statement.

The mass deportation marked the latest move by President Andrés Manuel López Obrador’s administration clamp down on illegal immigration — and his administration has developed a much stronger relationship with the White House since the start of the current border crisis. 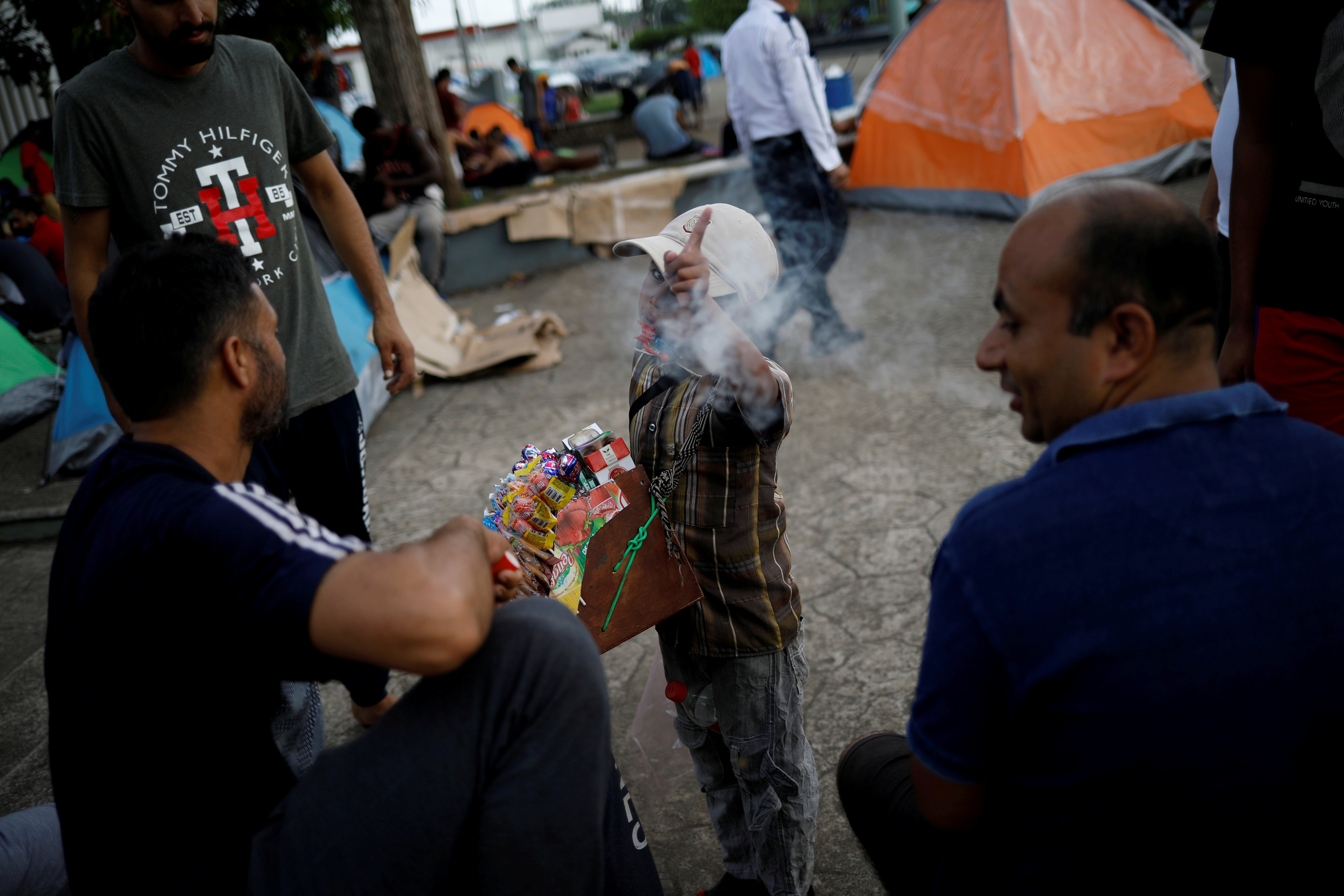 FILE PHOTO: A boy selling candies and cigarettes gestures to the camera as he argues with migrants from India outside of Siglo XXI migration facility in Tapachula, Mexico, May 13, 2019. REUTERS/Andres Martinez Casares

The Mexican national guard over the weekend stopped and turned around a massive caravan heading for the U.S.

A migrant caravan of around 2,000 people set foot from the southern Mexican city of Tapachula over the weekend, heading northward toward the U.S. border. However, about 20 miles into their journey, they were greeted by hundreds of Mexican military police and national guardsmen who forced them to get on buses back south.

“This is an example where Mexico has stepped up. I mean, they really are acting as true partners, seeing this as a regional crisis,” Mark Morgan, acting commissioner of Customs and Border Protection, said Tuesday about their recent surge in cooperation. “This is another example where Mexico is stepping up and doing exactly as they promised they would.” (RELATED: Trump Administration To Reinstate Aid To Central American Countries That Signed Asylum Deals)

Much of the cooperation from Mexico comes after their government leaders struck a deal with the Trump administration in June. Faced with the threat of tariffs on their products to the U.S., Mexico agreed to dramatically ramp up enforcement along its borders, and is holding thousands of U.S. asylum seekers.

While Central American families have made up the bulk of illegal immigrants appearing before the southern border, there have been migrants from all across the world traveling through Mexico in hopes of reaching the the U.S.

There have been, for example, notable surges of African and Bangladeshi migrants reported by Border Patrol, and also high rates of migrants from Asia and the Caribbean in recent time.