Mexican authorities stopped a caravan of about 2,000 migrants heading north for the United States, the latest action by their government to crack down on illegal immigration.

In the southern Mexican city of Tapachula, a caravan of Central American, Caribbean, and African migrants embarked on foot for the U.S. on Saturday morning. After traveling for about 20 miles, however, they were greeted by hundreds of National Guardsmen and federal police blocking both sides of the highway, according to The Associated Press.

The authorities, decked out in tactical vests and helmets, were able to detain most members of the caravan and chased down others who attempted to flee, placing them onto buses back south to Tapachula. Many other migrants walked back on foot.

The chief of Customs and Border Protection touted the event as a sign that collaboration between the U.S. and Mexico is helping control the immigration crisis. 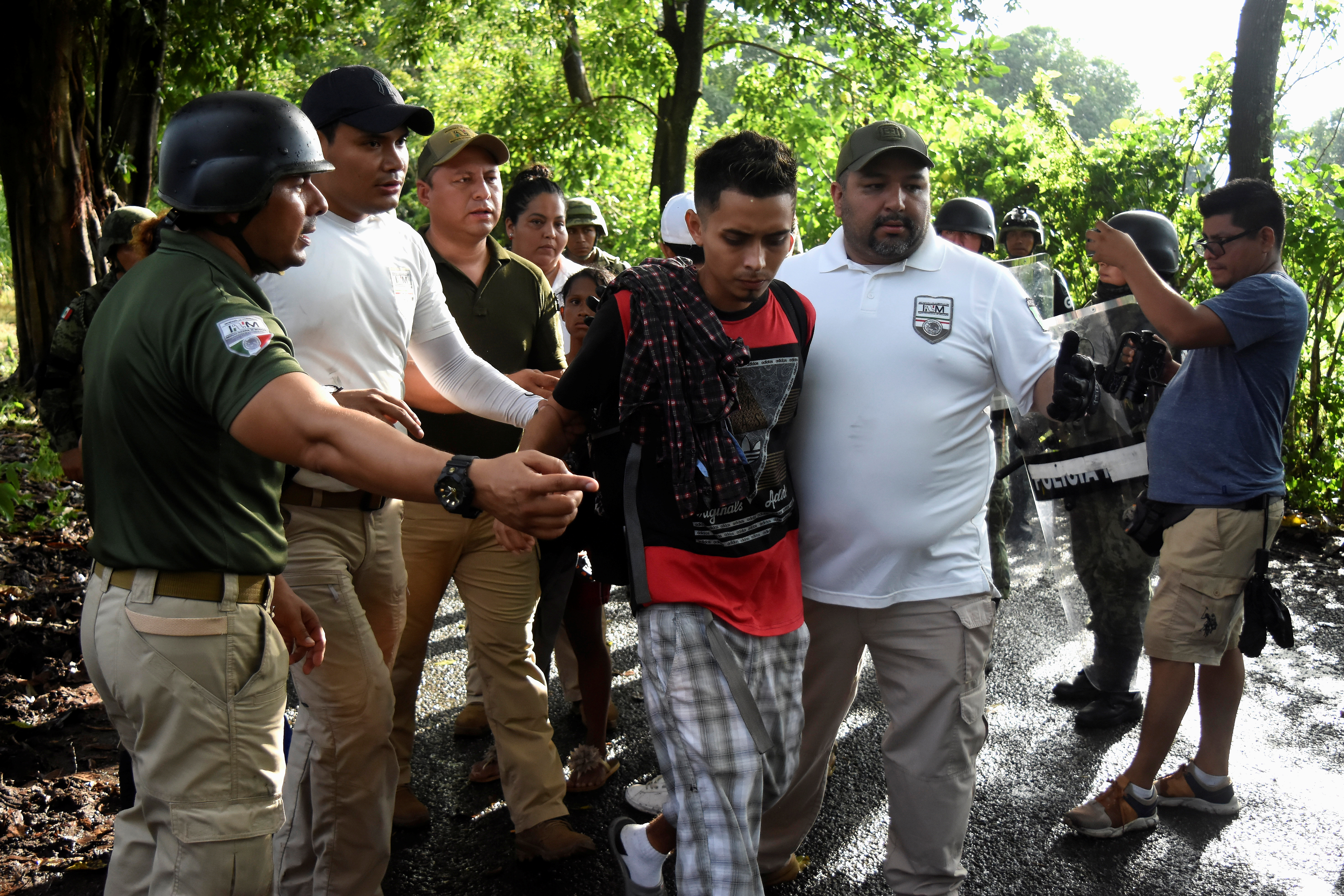 Agents of the National Migration Institute (INM) detain a migrant during an operation by the National Guard to halt a caravan of migrants from Africa, the Caribbean and Central America, hours after they embarked toward the United States, in Tuzantan, in Chiapas state, Mexico October 12, 2019. REUTERS/Jacob Garcia

“Mexico’s enhanced border security efforts along their southern border continue to have a dramatic impact on this regional crisis. I just returned from Mexico where we had collaborative discussions on stemming the flow of illegal migration throughout the region,” Mark Morgan, the acting commissioner of Customs and Border Protection, tweeted Sunday.

Tapachula, a town just north of the Mexico-Guatemala border, has served as the hub for thousands of migrants waiting to get transit visas in order to travel north to reach the U.S. border. However, under immense pressure from the Trump administration, the Mexican government has dramatically scaled back the number transit visas it issues out. Migrants in Tapachula have waited months for transit papers or residency from the Mexican government. (RELATED: The Trump Administration Wants 450 Miles Of Border Wall By 2020)

“I want to pass through Mexico, I don’t want to live here,” Amado Ramirez, a Honduran migrant who has been living in the southern Mexican town with his family, said of the situation. “We’re at a standstill.”

Migrants have the option to turn around leave through the southern border, but most of them want to travel north and reach the U.S. The long waits have led to violent clashes between restless migrants and Mexican authorities.

The blocked caravan is the latest move by the Mexican government to stop illegal immigration since it struck a deal with the Trump administration earlier this year. Faced with the threat of tariffs of its U.S. exports, Mexican officials agreed to a number of concessions with their American counterparts in June. As part of the agreement, Mexico has deployed thousands of its newly formed national guard troops on its border, and it has agreed to hold thousands of asylum seekers as they wait for their claims to be adjudicated in the U.S. immigration court system.

Immigrants hoping to enter the U.S. illegally still almost solely rely on passage through Mexico. During the first six months of 2019, for example, over half a million Central American migrants entered Mexico.