The Supreme Court effectively ended a gerrymandering challenge to Michigan’s Republican-drawn legislative districts Monday, after a three-judge panel ordered the state to produce new maps ahead of the 2020 elections.

“While appellees respectfully disagree with this court’s holding in Rucho v. Common Cause, appellees concur with appellants that it is controlling precedent that establishes a lack of Article III jurisdiction as to the claims decided in the final judgment below,” the plaintiffs told the justices in court documents.

The court did not disclose the vote count for Monday’s decision, as is typical of orders of this nature.

A special three-judge district court struck down Michigan’s district lines for Congress and the state legislature on First Amendment grounds in April. The panel found the Republican-controlled legislature rigged district maps to benefit the GOP. Those practices amounted to unlawful retaliation and infringement on the right to associate, the court said.

The decision came as the high court considered a pair of cases asking whether federal courts can resolve partisan gerrymandering lawsuits in the first place. Knowing that their decision would stand or fall based on the outcome of those disputes, the judges in the Michigan case made a particularly pointed plea to the high court.

“Judges — and justices — must act in accordance with their obligation to vindicate the constitutional rights of those harmed by partisan gerrymandering,” the panel decision reads.

Their entreaty was unavailing. Chief Justice John Roberts led a 5-4 majority that said courts are not authorized “to allocate political power and influence.” Electoral districting problems are assigned to state legislatures and checked by Congress, Roberts wrote. (RELATED: This Agency Is Elizabeth Warren’s Brainchild. The Supreme Court Will Decide If It’s Constitutional) 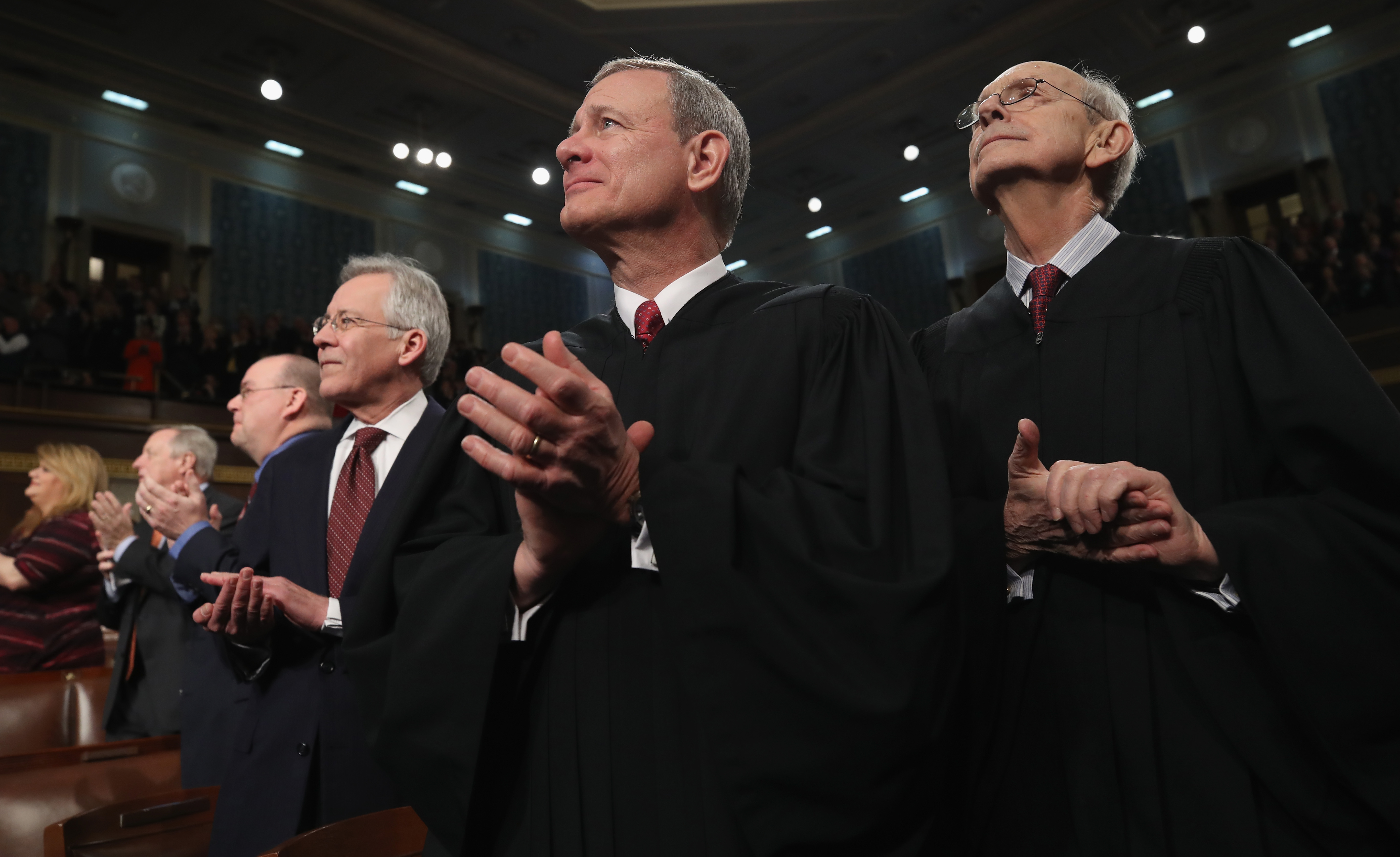 Chief Justice John Roberts (C) is pictured during the State of the Union address on Jan. 30, 2018. (Win McNamee/Getty Images)

The justices followed a similar course on Oct. 7 in a case arising from Ohio, vacating a lower court decision that said Ohio’s congressional district lines were unlawfully skewed to favor Republicans.

The lower courts in both cases set an accelerated timetable for the state legislatures to produce new maps. They were never drawn, however, because the Supreme Court stayed both the Michigan and Ohio decisions on May 24. Those stays were not surprising, because the justices were still deliberating over the Rucho case when the rulings issued. That created the possibility that both states would create new district lines, only to have the high court decide the underlying lawsuits were improper.