The acting director of United States Citizenship and Immigration Services blasted local government officials who repeatedly ignored Immigration and Customs Enforcement detainer requests for an illegal alien who allegedly beat and hacked a teenager to death.

“This was a preventable murder,” USCIS chief Ken Cuccinelli said to Sinclair Broadcast Group in a Monday interview. “The local law enforcement authorities refused to turn him over to ICE, refused to communicate with ICE, so this murder happened. Had they done that, this person would be out of the community and out of the country — deported.”

The comments follow the murder of Juan Carlos Con Guzman, a 16-year-old boy whose body parts authorities found near the Green River in King County, Washington, in September. Prosecutors charged Carlos Orlando Iraheta-Vega and Rudy Osvaldo Garcia-Hernandez, two Salvadoran citizens living illegally in the U.S., for the boy’s murder. Both men are affiliated with MS-13 and carried extensive criminal histories before their homicide charges.

ICE had repeatedly lodged detainer requests for one of these men, but local officials in King County did not honor those requests.

Local authorities arrested Iraheta-Vega at least three times within King County for DUI and other local charges between November 2018 and August 2019. ICE lodged detainer requests — which asks those maintaining custody of illegal aliens to hold them long enough for ICE agents to arrive and make an apprehension — with both the King County Jail and the South Correctional Entity, but those requests were ignored.

King County, along with the entire state of Washington, have long codified “sanctuary” laws that shield illegal aliens from federal immigration authorities. The King County Council, for example, passed an ordinance in 2009 that prohibits county authorities from carrying out enforcing federal immigration law. Democratic Gov. Jay Inslee signed a bill into law in May that bars state prisons and jail from honoring ICE detainer requests or from alerting ICE when an illegal alien is to be released from custody.

ICE already noted that the sanctuary laws allowed Iraheta-Vega to remain in the community, instead of being removed from the U.S. had the agency been able to make an arrest.

“This scenario, where sanctuary policies shield criminal aliens who prey on people in the community from immigration enforcement, is becoming all too common,” ICE spokeswoman Tanya Roman said in a statement to the Daily Caller News Foundation earlier in October. “As Iraheta-Vega’s crimes increased in severity, local officials chose to release him, time and time again, without notification to ICE, a simple process that could have potentially prevented this crime.” 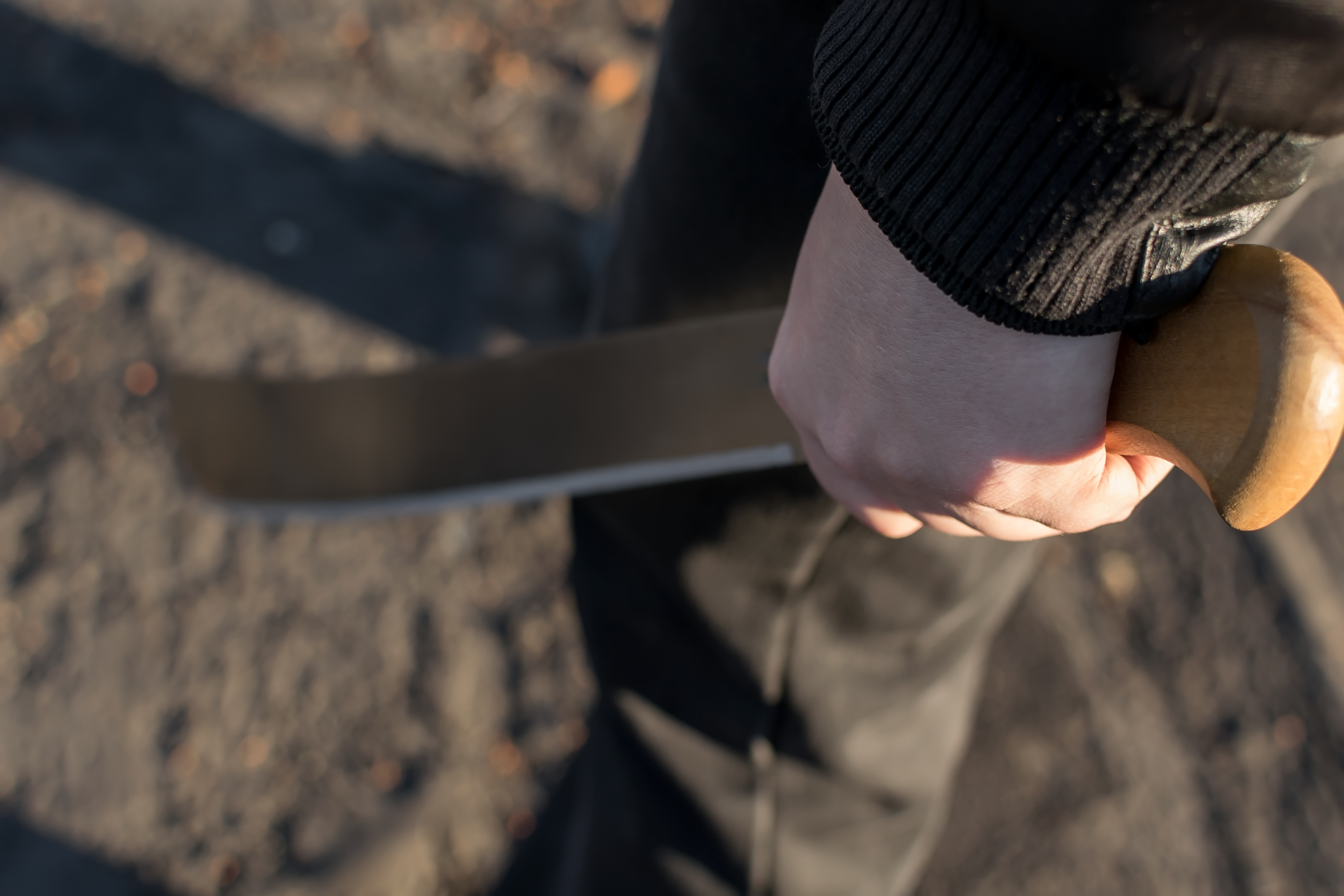 Authorities also discovered that Garcia-Hernandez was an illegal alien with an exhaustive criminal record.

Police arrested Garcia-Hernandez at least three times in Fairfax and Stratford, California, between January and September 2015. Charges ranged from street gang participation, brandishing a machete, larceny, forgery and other activity, according to an ICE official who spoke with the DCNF.

Garcia-Hernandez’s prior run-in with the law over a machete appears to have proven ominous.

Con Guzman, a high school junior at the time of his death, showed up for a planned fight near the Green River with Iraheta-Vega to settle a personal dispute. However, the 20-year-old alien allegedly killed the boy. Iraheta-Vega and Garcia-Hernandez beat the high schooler with a baseball and slashed his neck with a machete, authorities said.

Con Guzman died of blunt force trauma to his body and cuts to his neck. Fishermen found his body parts near the river in September.

Authorities charged both Iraheta-Vega and Garcia-Hernandez with homicide and booked them into the King County Jail. Federal immigration authorities have lodged detainer requests for both men. (RELATED: Illegal Alien Accused Of Rape Immediately Returned To Alleged Victim’s House After ICE Detainer Was Ignored, Agency Says)

Iraheta-Vega, 17 years old at the time, entered the U.S. illegally in September 2016 as part of the wave of unaccompanied alien children who arrived at the U.S. southern border and was ultimately allowed to remain in the country, according to ICE. Garcia-Hernandez, 28, illegally entered the U.S., but the date of his entry is unknown.