In the latest sign of cooling tensions between the U.S. and El Salvador, the two countries issued a joint statement Monday announcing the extension of temporary protected status to Salvadorans living in the U.S.

“Today’s agreements will significantly help the U.S. and our partners in El Salvador confront illegal migration and will strengthen the entire region as we approach the implementation of asylum cooperative agreements,” McAleenan said Monday, according to a DHS press release. “We are again thankful for El Salvador’s leadership in the region and close coordination with the U.S. and DHS.” 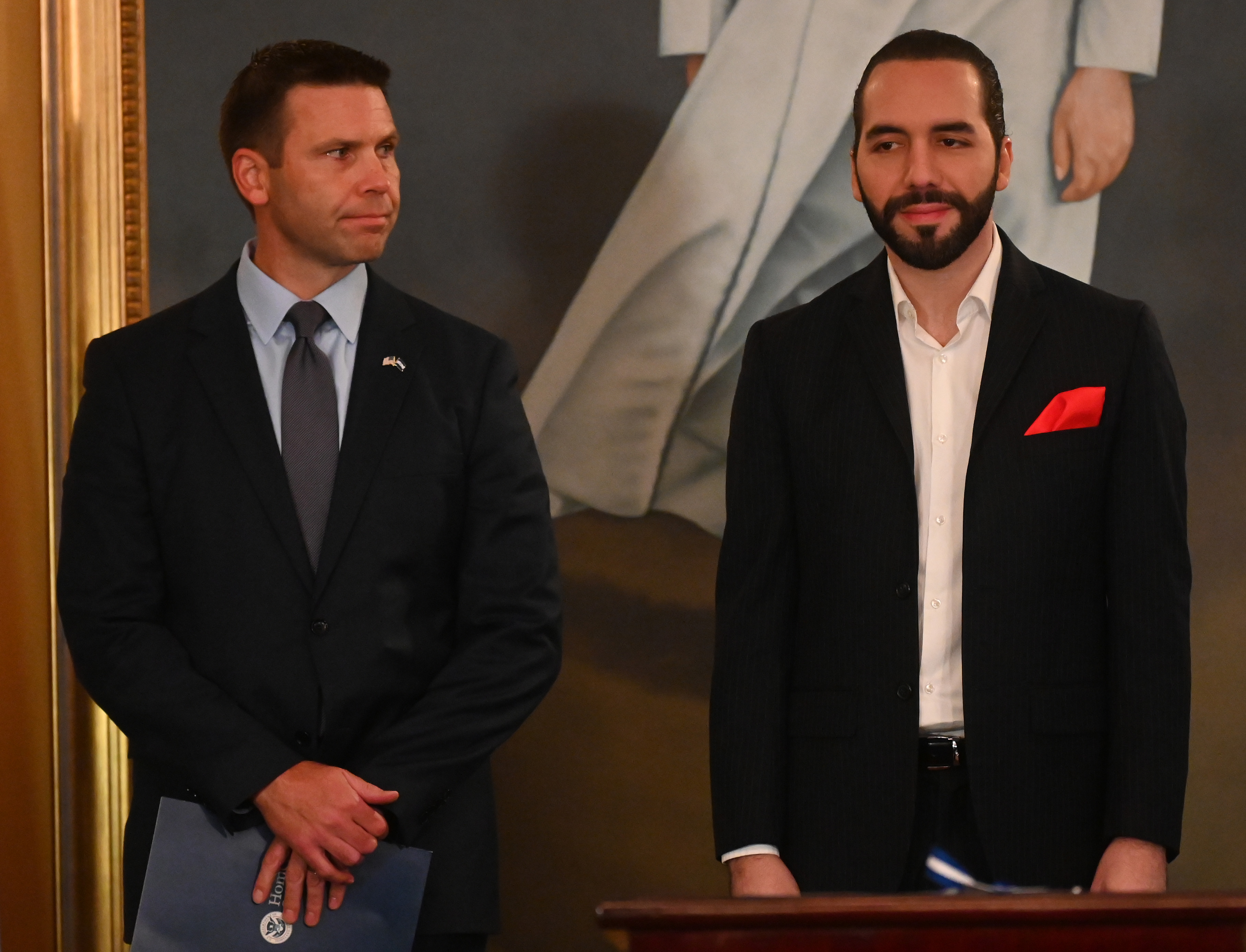 McAleenan, who is due to vacate his position at the end of October, signed a number of other immigration-related documents Monday with El Salvador Foreign Minister Hill.

“The Salvadorans protected by the TPS are admirable people, who have worked for 20 years to build a future of well-being. Now, thanks to President Bukele, we can tell nearly 250,000 fellow citizens and their families that with the support of the United States they can continue to fight for their dreams,” Hill said Monday.

TPS refers to the protected status given to Salvadorans after a natural disaster devastated the tiny Central American country in 2001. An earthquake and its aftershocks that year left hundreds of thousands of the country’s citizens homeless. Many of those people were allowed to enter the U.S. under the TPS program.

TPS for Salvadorans living and working in the U.S. was supposed to end in September, but repatriation has proven difficult as hundreds of thousands of them remain in the country, and El Salvador is not equipped to accept them back. Under the new agreement, work permits for Salvadorans with TPS will be extended through Jan. 4, 2021. 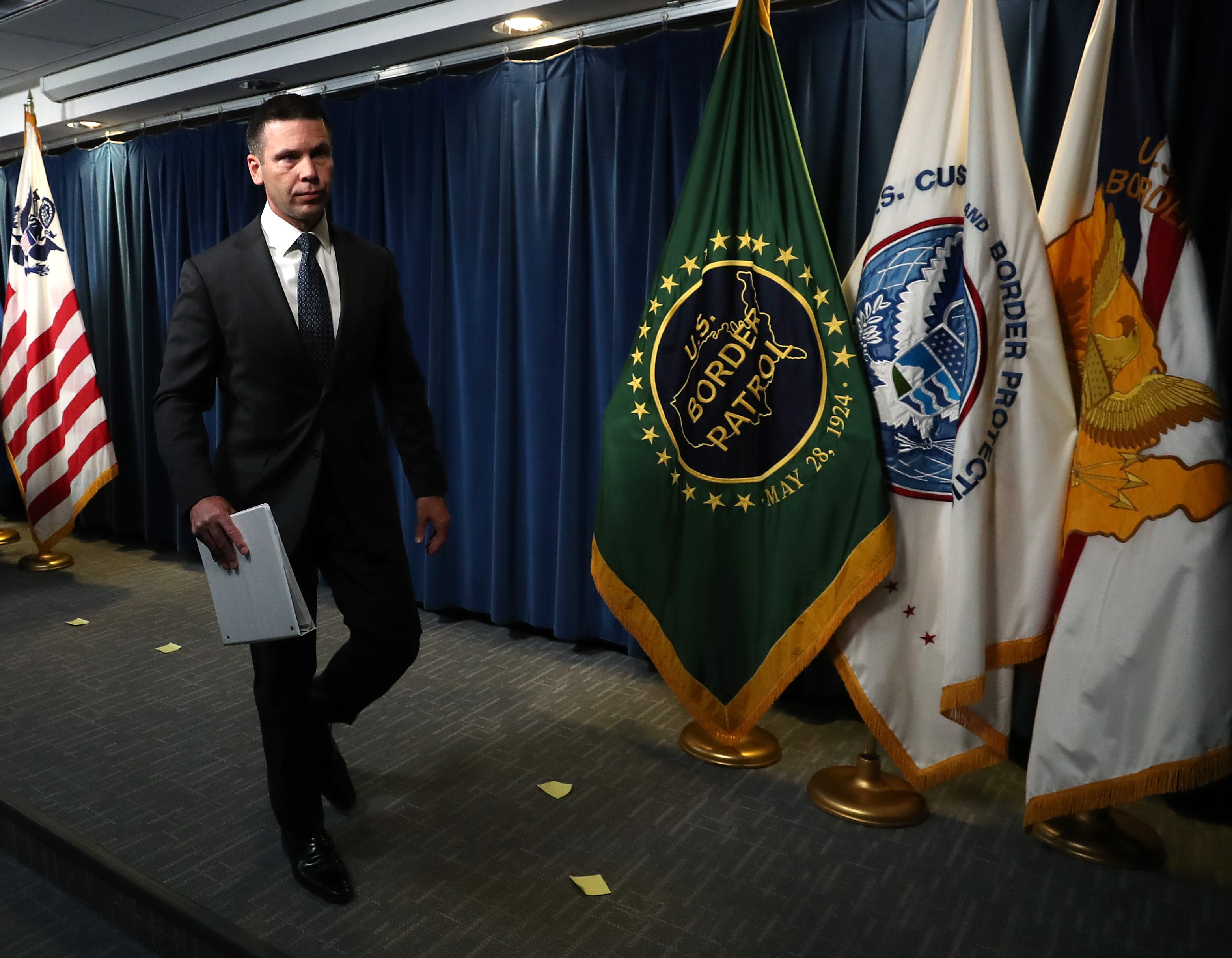 Acting Secretary of Homeland Security Kevin McAleenan walks away after a news conference at the Immigration and Customs Headquarters, on June 28, 2019 in Washington, DC. (Photo by Mark Wilson/Getty Images)

The announcement marks the latest in the blossoming relationship between the Trump administration and El Salvador’s new government.

McAleenan and Hill signed a highly coveted “asylum cooperation agreement” in September, which calls on the Central American country to accept U.S.-bound migrants from other countries who cross its borders. The deal aims to thin out the flow of illegal aliens who are appearing at the U.S. southern border. During the signing of that deal, Hill stressed that her government, led by Bukele, is allied with the American government and wants to do its part in stemming the immigration crisis. (RELATED: ‘Worst Sanctuary City In America’: Trump Rips Chicago For Refusing To Cooperate With ICE)

“My president, President Bukele, since day one changed this policy 180 degrees. We are now allied with the United States after a more than a decade of a government that was pro-Chavez, and we are working every single day to try to solve this issue of people who, by various reasons, reasons of insecurity or reasons of death threats, are forced to leave our country,” Hill said in September.

After landing asylum agreements with El Salvador, Guatemala, and Honduras — the three countries that are home to most of the illegal alien families appearing at the southerner border — Trump reversed a decision to withhold U.S. aid to their governments.

The U.S. and El Salvador also reached other bilateral agreements Monday, most of them pertaining to the issue of border enforcement, information sharing, and other collaborative efforts to contain the illegal immigration.