Ernst’s award — as part of her “Make ‘Em Squeal” initiative to identify and cut ineffective government spending — “recognizes a Washington expense, program or concept that has proven to be wasteful and must be cut,” according to her website.

In addition to the award, the senator also introduced a bill called the Stop Wasteful Advertising by the Government (SWAG) Act Tuesday to end unnecessary spending on PR efforts from government agencies such as mascots and merchandise like keychains. (RELATED: Joni Ernst Bestows Wasteful Government Spending Award To The Department Of Defense)

“As an Iowa State Cyclone fan, I’ll be the first to say that mascots can be fun. But there is no justification for spending a quarter of a million dollars in taxpayer money on mascots and millions more on swag,” Ernst said.

“These costs come at the expense of real national priorities. The $1.4 billion spent on government PR and advertising every year, for example, is twice the amount dedicated to breast cancer research. It’s time to bag the swag,” she continued. 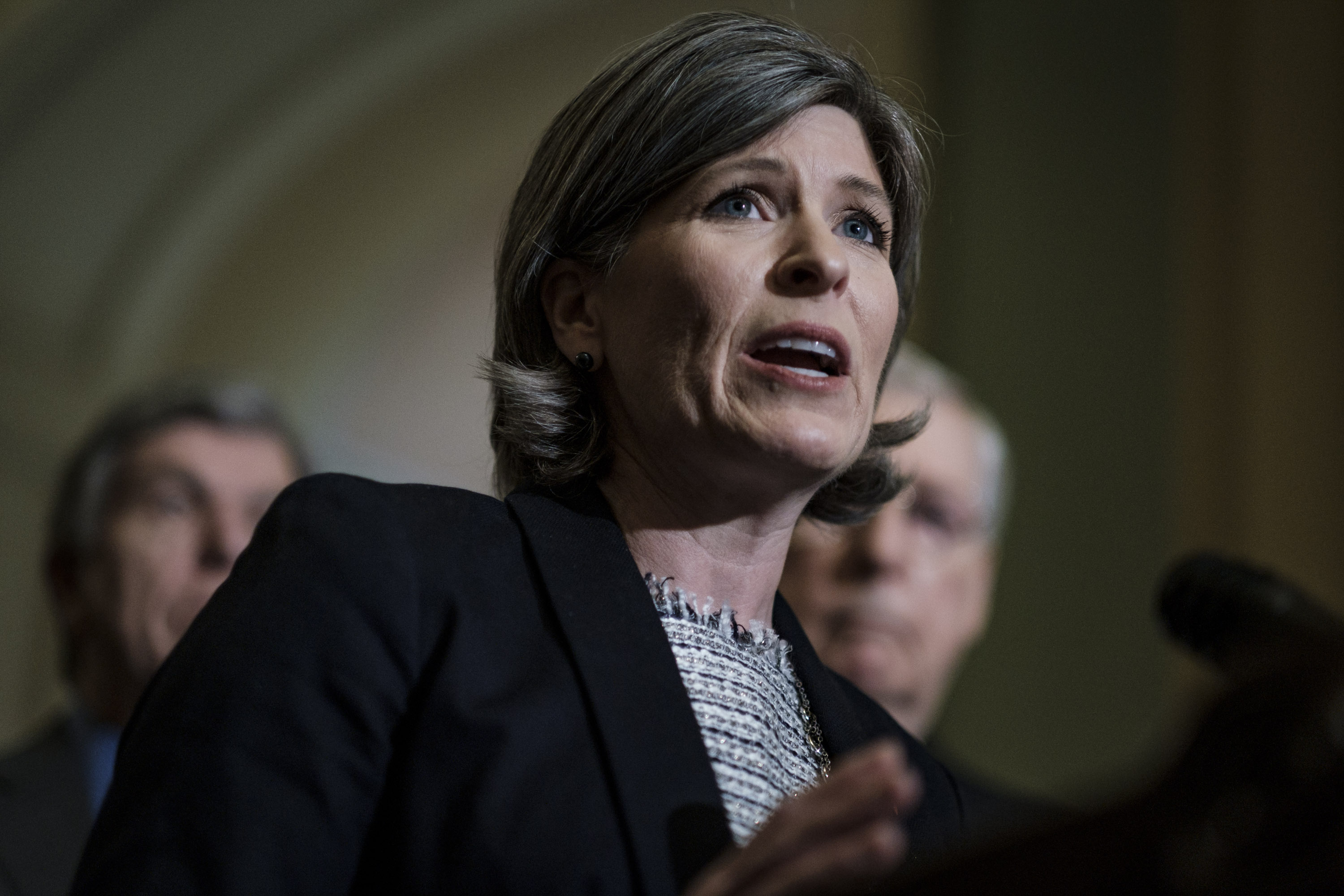 Senator Joni Ernst (R-IA) speaks to the media following their weekly policy luncheon on April 30, 2019 in Washington, DC. Congress is back in session this week after a two week spring break. (Photo by Pete Marovich/Getty Images)

The government spends about $1.4 billion — more than double the $545 million it puts toward breast cancer research — on agency advertising purposes each year, according to a 2017 report from the United States Government Accountability Office (GAO) and 2018 data from the National Cancer Institute.

While some of PR spending is put toward valuable efforts such as military recruitment and public health or safety alerts, hundreds of thousands of taxpayer dollars are being spent on propaganda that does not have meaningful value.

NASA spent $30,000 on a three-day “Martian extravaganza” event. The Centers for Disease Control and Prevention (CDC) spent nearly $10,000 on a “Zombie Apocalypse Survival Guide,” which made little impact on the public’s preparedness in the case of an emergency and may have even “trivialized the topic,” according to Ernst’s office citing a PubMed Central report and GAO.

The U.S. Embassy in the U.K., for example, sent social media influencers on an all-expense-paid trip called the “2019 Exploring American Values Program” to the locations of popular U.S. TV shows and movies in an effort to promote American values, according to Ernst’s office.

The State Department spent $630,000 on fake Facebook followers in an effort to become more visible to real Facebook users. The fake followers, however “have no real interest in the topic and have never engaged further,” according to a 2013 investigation by the State Department and Broadcasting Board of Governors Office of the Inspector General.

Ernst’s bill calls on each government agency to “report on the public relations and advertising spending of the agency for the preceding fiscal year” as part of the annual Congressional Budget Justification.