Charles Glover got pulled over in April 2016. He fought the stop all the way to the Supreme Court.

The justices heard arguments in Glover’s case Monday, which involved how much information police need to conduct a traffic stop.

The dispute arose in Kansas when Sheriff’s Deputy Mark Mehrer spotted Glover’s 1995 Chevrolet 1500 pickup truck. He conducted a registration check, which showed that Glover had a suspended driver’s license. Mehrer then initiated a traffic stop, based solely on the assumption that Glover was driving the pickup. Glover was in fact behind the wheel, and he was charged as a habitual violator of Kansas traffic laws.

Kansas stipulated that Mehrer “did not observe any traffic infractions, and did not attempt to identify the driver of the truck” at a subsequent hearing.

Glover argues the stop violated the Fourth Amendment. Police must have a “reasonable suspicion” of illegal activity to stop a motorist. The legal question in the case is whether it is reasonable for officers to assume the unidentified driver of a particular vehicle is its registered owner for purposes of a traffic stop. Courts around the country are divided over that question, according to one of Kansas’s legal filings.

A majority of the court appeared to think the stop was permissible. Chief Justice John Roberts noted the bar for reasonable suspicion is low and coaxed Glover lawyer Sarah Harrington into conceding that the odds the registered owner is driving a particular vehicle at a given moment are at least 10%.

“Reasonable suspicion doesn’t depend upon the kind of showing that you seem to demand,” the chief told Harrington.

Glover counters that the Fourth Amendment requires police to consider a situation’s full context before determining whether there is reasonable suspicion. If the fact a car under scrutiny is registered to an unlicensed driver is an officer’s only data point, Glover says officers must investigate further before stopping the vehicle. Justice Brett Kavanaugh worried that could encourage pretextual stops.

Justice Neil Gorsuch also appeared sympathetic to Kansas. However, he noted that norms around vehicle ownership are evolving.

“The next generation, for example, often rents cars,” Gorsuch said in reference to companies like Zipcar. “They don’t buy cars. They don’t own cars. You’re asking us to write a rule for the Constitution that presumably has some duration to it. Is this one with a short expiration date?” (RELATED: President Trump Is Challenging California’s Sanctuary Law In The Supreme Court) 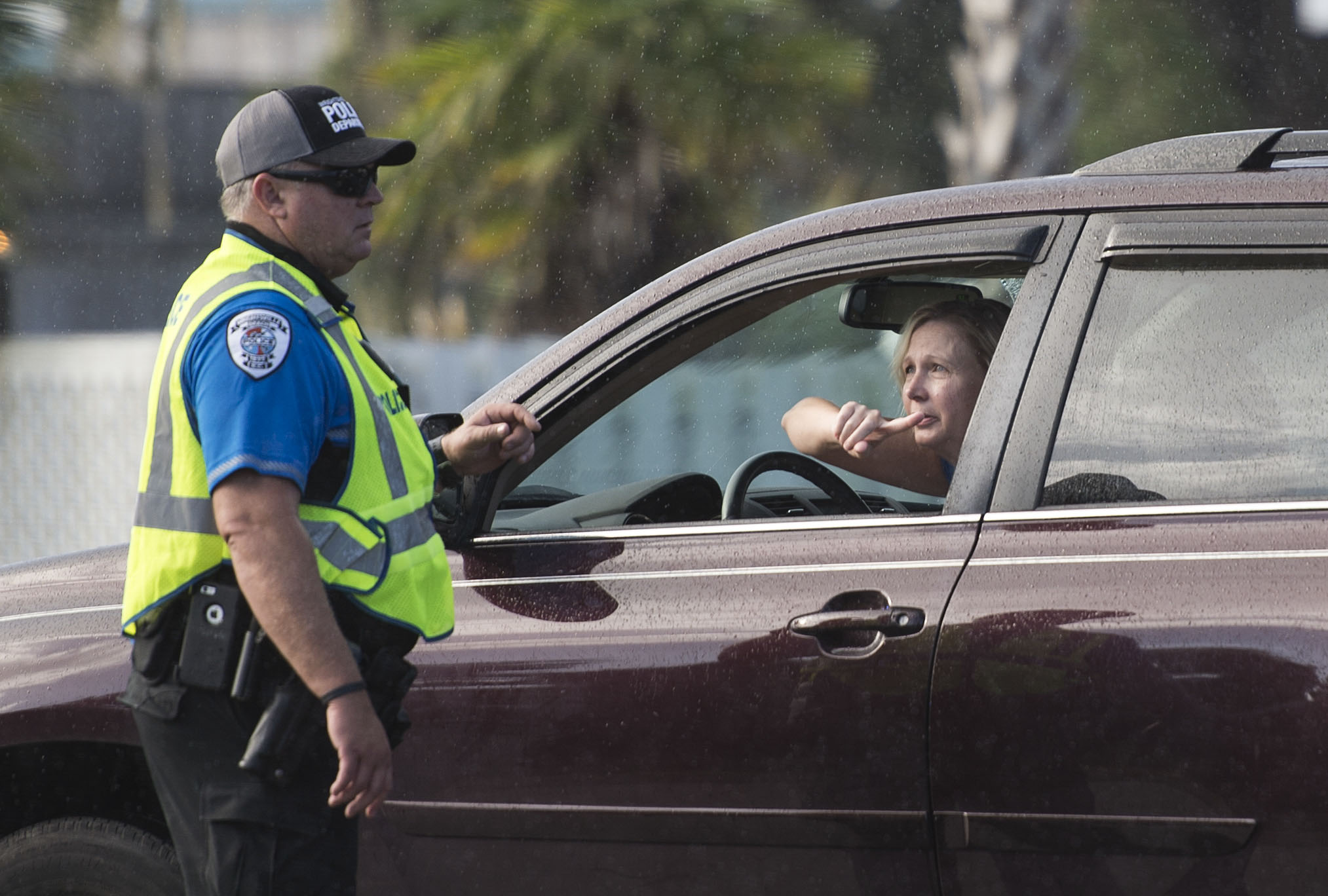 Police stop a car at a checkpoint in North Carolina on Sept. 12, 2018. (Andrew Caballero-Reynolds/AFP/Getty Images)

Beyond the dispute over Mehrer’s stop, the case also broaches the role statistics can play when the police are deciding whether reasonable suspicion exists. Oklahoma led a coalition of 17 states urging the justices to find for Kansas. They argued certain police practices can be measured against data to help police make sound decisions as to reasonableness.

“Common police practices can be evaluated against statistical correlations drawn from sound empirical data to inform the reasonableness of an officer’s decision to conduct a brief investigatory stop,” the brief reads, citing Oklahoma collision data showing that “a vehicle is being driven by its registered owner over 70% of the time.” Kansas disclaimed any reliance on statistics in Monday’s case.